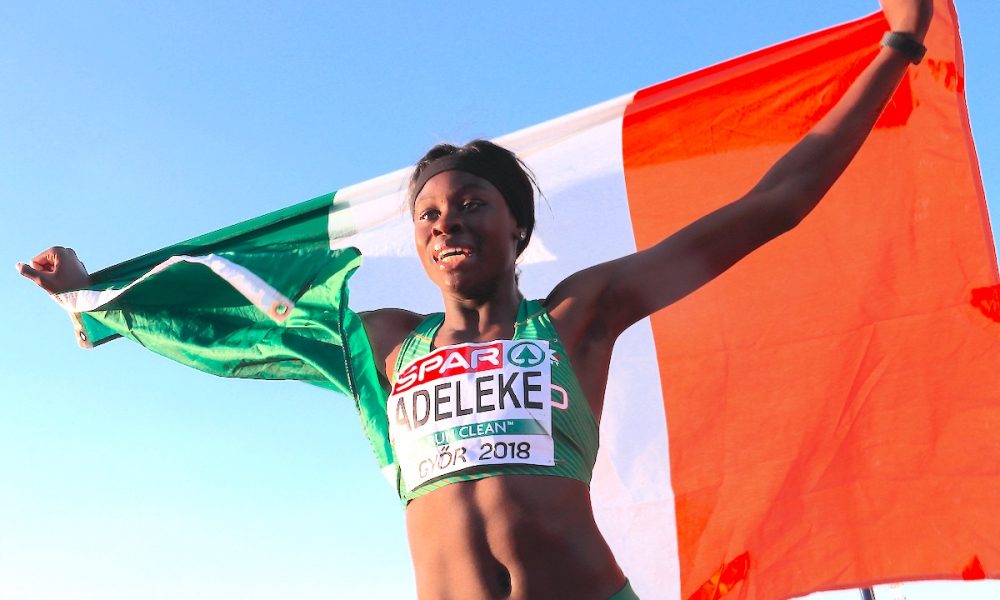 The young Irish athlete takes the 200m title at the European U18 Championships as Sophie O’Sullivan bags 800m silver.

It was a night to remember for Irish athletics as Rhasidat Adeleke stormed to gold in the girls 200m final and Sophie O’Sullivan sped to silver over 800m at the European U18 Championships in Gyor, Hungary (July 7).

Tallaght athlete Adeleke blitzed the bend and gave her rivals a clean pair of heels as she won the gold in 23.52 – a new personal best that sparked a tearful and jubilant celebration.

A brilliant run from Rhasidat Adeleke in the 200m final at the European U18 Championships to claim Ireland's second gold medal of the event! 🥇🥇 pic.twitter.com/wDZed643Dk

“I’m lost for words, I really wasn’t expecting that,” said Adeleke afterwards. “You work all year, there will be doubts and things that will bring you down but coming out with the gold is crazy.”

If that wasn’t enough for one night, O’Sullivan, the daughter of Irish legend Sonia, was dancing on the line before the start of the 800m final and then pursued to battle for a brilliant silver medal in a new personal best of 2:06.05. Ireland has now won three medals at the European U18 Championships with Sarah Healy having already won gold in the 3000m on Friday night. Healy will step onto the track again on Sunday aiming to win another gold in the 1500m. The Blackrock youngster is the strong favourite with her personal best this year (4:09.25), 10 seconds quicker than her rivals.

The closing day of action from Gyor can be watched live on Eurosport 2 and on the European Athletics website. The timetable for each day can be found here and results here.