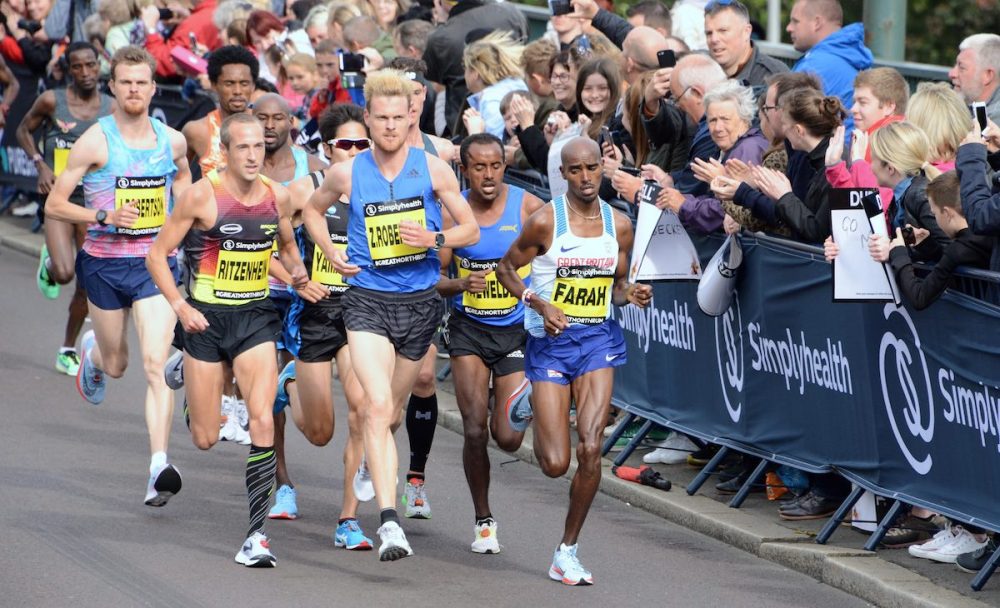 Mo Farah will be looking to make it five wins in a row when he returns to Tyneside for the Simplyhealth Great North Run on Sunday (September 9), but it will not be a foregone conclusion as his competition includes Jake Robertson, Daniel Wanjiru and Stanley Biwott.

The ten-time Olympic and world champion became the first runner to win four consecutive times when he beat Jake Robertson on the iconic 13.1 mile course last year – and victory on Sunday will put him clear at the top of the roll of honour in the event’s history.

As revealed on Fast Running last Friday (August 31), New Zealander Robertson will return to line up against Farah once again on Sunday.

The 28-year-old has been in stellar form in 2018, including a New Zealand record-breaking marathon debut in Japan, followed by a superb 10k performance in New Orleans that equalled his twin brother’s national record.

Robertson came within a whisker of beating Farah a year ago, with the British 35-year-old having to produce one of his trademark sprint finishes to come home six seconds ahead of his suitor on the South Shields coast.

Daniel Wanjiru, who won the London Marathon in 2017, will take on Farah and Robertson on Tyneside, while 2012 New York Marathon winner Stanley Biwott has also been added to the field.

Commonwealth marathon champion Mike Shelley will make his debut at the world’s biggest half marathon on Sunday, while British interest will come in the shape of Andy Vernon, Jonny Mellor and Mohamud Aadan.