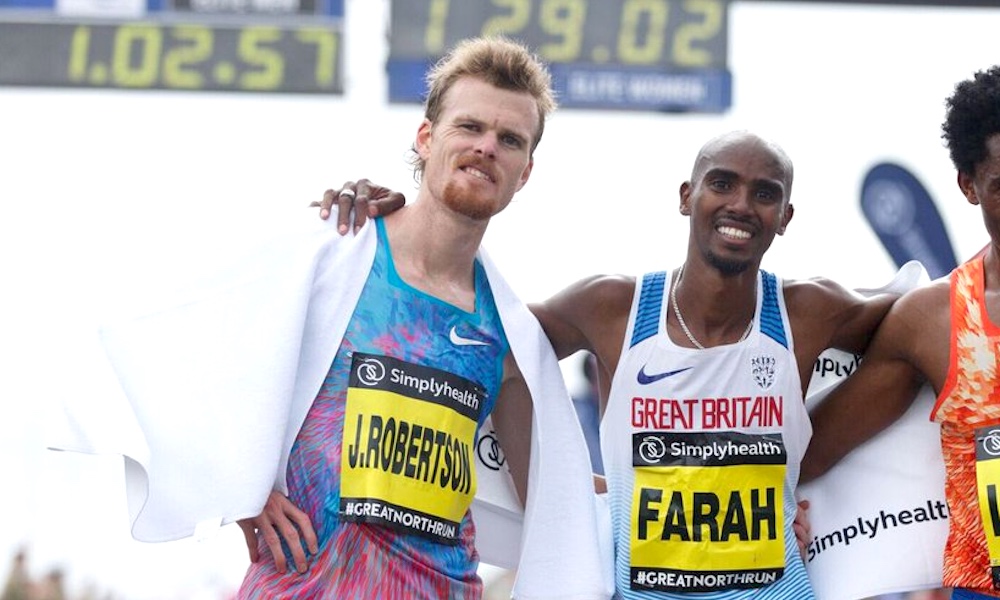 The duo will go head-to-head once again on Tyneside ahead of Autumn marathons.

Jake Robertson and Mo Farah will renew their rivalry at the Great North Run on Sunday, September 9.

In last year’s race, the New Zealander led Great Britain’s Farah into the final 400m before the four-time Olympic champion outsprinted his challenger with a trademark kick to take the win in 60:06, six seconds clear.

Robertson also memorably proposed to his girlfriend Magdalyne Masai at the end of the half marathon.

Farah, who previously announced his return to Tyneside, is bidding to become the first runner to win five consecutive titles.

Since last year’s race, Robertson has taken the roads by storm winning the renowned Houston Half Marathon in a personal best equalling time of 60:01, before he made his marathon debut in Japan, where he broke the New Zealand record clocking 2:08:26.

The 28 year-old followed that performance with another PB at the Crescent City Classic 10k in New Orleans at the end of March. His winning time of 27:28 amazingly equalled the New Zealand record held by his twin brother, Zane.

Farah has also made history this year, and broke the long-standing British marathon record with a superb 2:06:21 performance at the London Marathon in April.

The duo will hope for impressive outings at the Great North Run before taking on Autumn marathons. Farah heads to Chicago where he will face defending champion Galen Rupp amongst others, and Robertson races for the second time over 26.2 miles in Toronto.