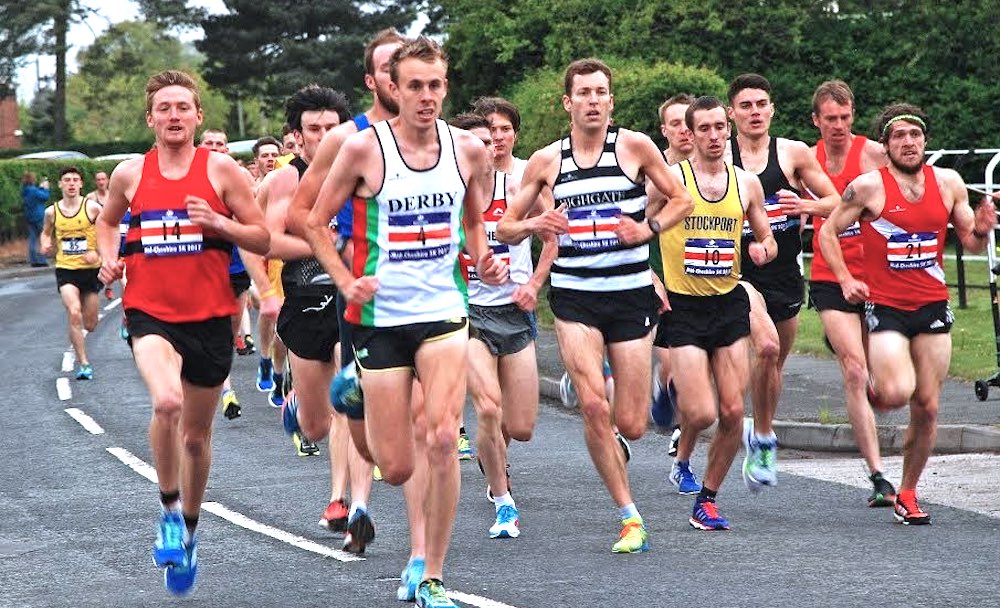 Some of the fastest men’s times on English soil last year were clocked at the Mid Cheshire 5k.

Despite the 2017 men’s champion Ben Connor not defending his title in the rural village of Kingsley on Friday (April 27), the race that incorporates the England Athletics 5k Road Running Championships, will for sure see high-quality racing.

Amongst the favourites in the men’s race are 1500m specialist Phil Sesemann, the in-form Charlie Hulson and Leeds City’s Emile Cairess.

Recent winner of the Chichester Priory 10k Richard Allen is expected to make the long trip, as does Gateshead Harrier Chris Parr who will be looking to improve on his eighth place and 14.22 personal best from 2017.

Fifth and Sixth last year, Jack Gray and Jack Morris are also expected to challenge for honours this year. Stockport’s Morris ran a 14:20 PB in last year’s race, Cambridge & Coleridge’s Gray has been in PB form this year already clocking 14:17 at the Armagh 5k.

The EA championships was restored to the road running calendar last year after a gap of seven years and the Friday evening race proved such a great success that the race returns to Cheshire. Elle Baker and Lucy Crookes, two of the top three women over the short legs at the recent English National Road Relays, join a strong field in the women’s race, that includes current champion Sophie Cowper.

Stevie Stockton, who ran the second fastest long leg in Sutton Park, is also expected and last month clocked 16:00 at the first Podium 5k race of the year.

Race Director Mike Harrington said: “We are delighted to welcome some fantastic runners to our race which has gone from strength to strength in only three years.

“We attract some of the best 5k talent in the country whilst maintaining that club race feel that many runners love and respond to.”

The first male and female in the EA champs will receive £500 cash on top of any open prizes and course record bonuses.