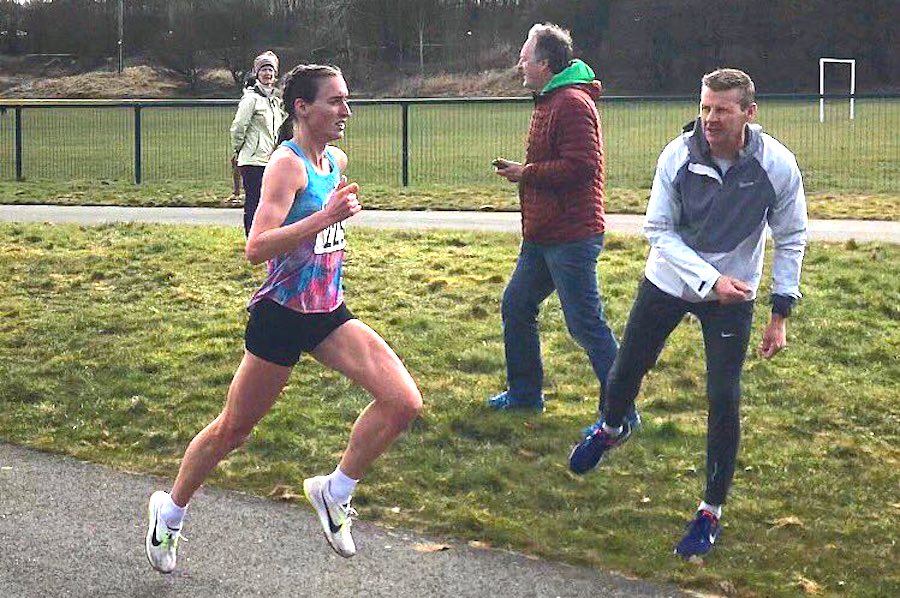 Two-time Olympic finalist Weightman ran a personal best 15:25 to win the women’s 5k race in Barrowford, Lancashire and is now fourth on the UK all-time rankings.

The 26-year-old moves ahead of Jo Pavey and behind Yvonne Murray, Liz McColgan and number one Paula Radcliffe in the standings.

Second and third in the women’s race also dipped under 16 minutes with Kate Avery crossing the line in 15:52, followed closely by Leeds City’s Stevie Stockton in 15:57.

Weightman, who clocked 8:59 over 3k at the Armagh International last month to equal her PB and course record, has only officially run one other 5k on the road that dates back to 2009 when she ran a modest 17:04 in Newcastle. However, Weightman also ran a parkrun best of 16.12 in 2016.

Last year the Morpeth runner moved to number one on the UK’s all-time standings for the road one-mile after clocking 4:17 at the well renowned 5th Avenue Mile in New York.

Next up for the British international is the step up from the 1500m to 5000m representing England at the Gold Coast Commonwealth Games in April.

Abu-Rezeq was also in PB form and clocked a superb 14:24 to win the men’s title taking two seconds from his previous best.

The Altrincham runner has been in great form this year after winning the Dewsbury 10k last month in 29:42 and a second place finish at the Four Villages Half Marathon in January.

Second in the men’s race was Eryri Harriers’ Rob Samuel crossing the line in 14:40, just three seconds ahead of Bolton’s Tom Lancashire in 14:43.