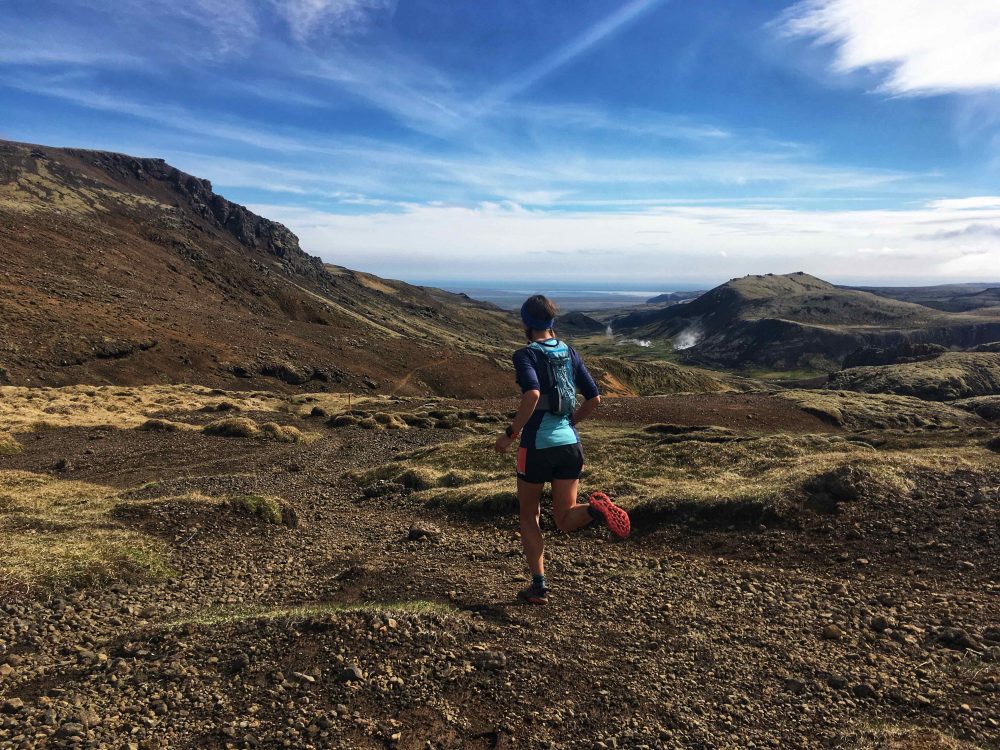 “Living in the mountains it’s actually all done by time these days,” says White. “If I did mile reps near my house in Chamonix, France I could be out for hours. We work off the equivalent time and then take whatever terrain is most suited to races ahead.”

Time also takes into account the athlete’s ability. One way to look at it is if everyone at the club is doing 5 x 1 mile that could be 5 x 5 minutes for one athlete, but 5 x 10 minutes for another. One athlete is doing double the work there.

“As I had a few years away from competition due to a niggling injury,” she says. “I know there is still speed to be tapped into in the mountains. So shorter sessions like one or three minute reps can be really beneficial.

“Something like 6 x 3 minutes is a great workout, with 90 second recoveries in between each effort but still uphill. Those three minutes are done around the same effort as a 5k race. It’s hard but sustainable.”

White is pushing her VO2 Max. Getting above the lactate threshold and raising the top end speed as a mountain runner. If you’re able to sustain a high percentage of your top effort for a long time then you need to raise that top effort.

6 x 3 minutes is a stable diet of world class mountain runners like New Zealander Jonathan Wyatt. It’s not a huge session but it can have a big impact on your performance.

“As the season goes on I might even build it up to 8 x 3 minutes,” she explains. “You might even shorten the rest periods. Then we try to get the lift down, a luxury not available for everyone, I know. It just lowers the physiological load of the session by removing the impact of the downhill.”

If you don’t have an 18-20 minute hill nearby then this can be done on a treadmill or on a three minute hill with a jog back down.

Recovery on the downhill can be a useful tool for racing in the mountains too.   It can even be done on rolling trail or the flat. It depends on the race you are preparing for. If you can make your training more specific to the goal then it has more value.

The Odlo & Profeet sponsored athlete is preparing for long ultras like the 120km Lavaredo Ultra Trail and the 119km UTMB TDS.

Training has a good mix of uphill tempo running, longer easy effort and hard sessions like this, to keep raising the top end. The faster you are, the easier it is to run easy.

How I train: Carl Hardman
My favourite session: Robbie Simpson