When is it time to “empty the tank” in a race? 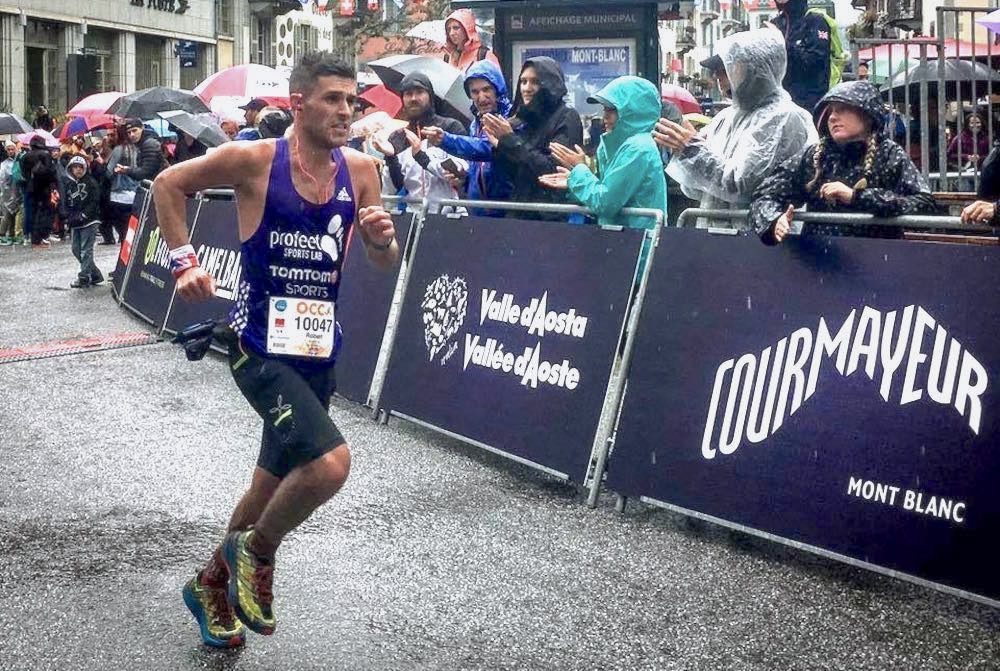 Emptying the tank. That time in a race when caution is thrown to the wind and you can smell the finish line. Hammer time.

There are several ways to run a race.

Tactically. You mark your rivals (or that chap in the rhino suit) until you actually see the finish and then sprinting past in a blaze of glory.

From the gun. Prefontaine style running where you just go hard and hang on for dear life. Hoping that almighty muscle in your head can trick the rest of them. You better hope the central governor theory is right.

Controlled. Just like Goldilocks. Not too fast, nor too slow. A measured effort aiming to finish strong. Letting other runners push on, knowing you’ll see them later on or they will really deserve the win.

This one requires you to choose the moment to start emptying the tank.

The tank is a real thing. It can be partly your glycogen stores, partly the capability of your muscles to handle fatigue and lastly how well you manage pain. Your tank is generally full at the start of the race, if you’ve tapered and carb loaded correctly that is.

Starting your race with a full tank is going to help. Keeping it topped up at checkpoints with fuel along the way is more important as the races get longer. It’s essential for a marathoner and ultra runner.

Plenty of factors will influence how quickly the tank empties. Firstly how hard you are running. It’s the easiest one to control yet often the toughest to master.

When the gun goes, the adrenaline spikes and you sprint off with everyone else, paying little attention to your goal pace.

How hard is hard? Should it feel easy?

Knowing how hard you should run is one thing. Doing it is another. Your mum could be watching at the start or you might be in a relay and need to make up ground.

Someone you expect to beat is in front of you, but you don’t trust enough in the plan to let them burn themselves out.

Monitoring heart rate is one way of keeping it under wraps, not emptying the tank too soon. Yet it isn’t perfect and understanding how you should feel is more important.

This comes with experience, in races and training. Just how close you want to get to the red line, teetering over the abyss, is up to you.

Check your breathing, your sweat rate and just how tough it feels. If you’re running a marathon and sweating through your clothes at mile three then maybe bring it back a notch. Faster is not always quicker in the longer events.

Whether the race is 5k, marathon or 100 miles there comes a time when you pick it up. The ‘sprint finish’. There’s no point having anything left in the tank at the finish line is there?

When this is, depends on what kind of runner you are. It’s something you can certainly experiment with, but be aware that getting it wrong is an exhausting experience.

At the Ultra Trail Marão 55k in Portugal, I had caught second and third at around 40km. The controlled first half was paying off as the decline of an ultra was having less an effect on me than the others. Third place had no response, but second, hung on.

Now the final 5km of the event is downhill and flat. Personally, I know that very little is needed to drag my ass downhill.

It’s basically controlled falling and gravity is your friend. The tank can be emptied ever so slightly more before the downhill finish. 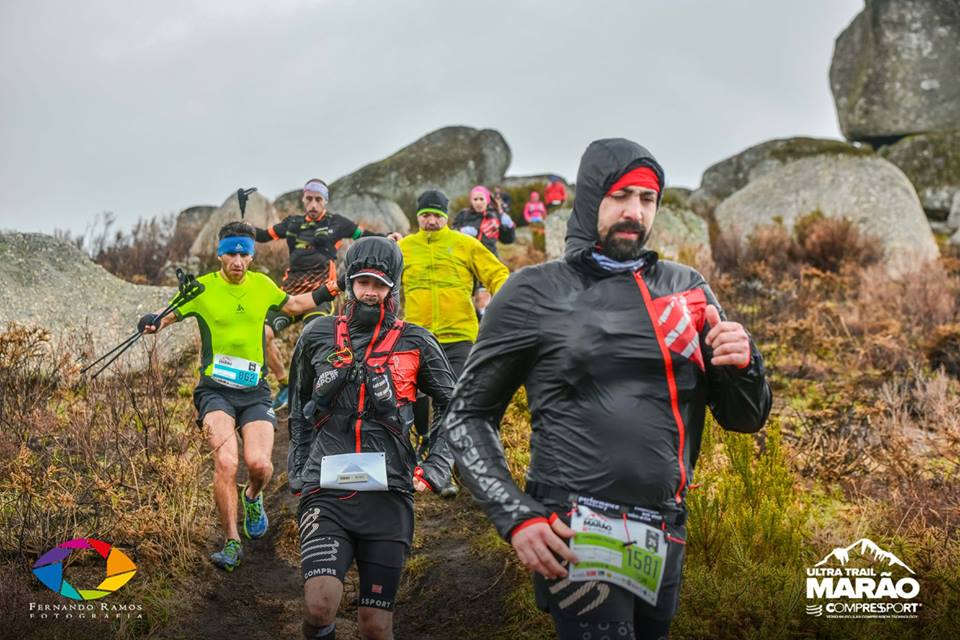 Just after the decision was made. Overtaking 25km racers with third place Bruno Sousa in hot pursuit. Photo: Fernando Ramos/UTM

Decision making in races is something that I previously discussed, and here was the choice on this occasion: run joint second, knowing that for an ultra runner there is some flat speed in there. The final 1-1.5km on the flat is the wise place to make a move.

Or empty the tank now. 15km to go, one more hill. No one knows the lead of first place, but in an ultra race, anything can happen. The leader can bonk, fall over, get lost or just give up trying. It’s not over until you cross that finish line.

RELATED: How do you make the right decisions during a race?

So what did I do? I started emptying the tank. The pedal was put to the floor and several bridges were burned. Who wants to finish second anyway?

First is what we’re all after. If gauged right energy levels should disappear just after that final hill and mental fortitude will drag you to the finish downhill.

Well, the tank was certainly emptied, but maybe a couple of kilometres too soon. The final hill became a mountain. Bruno Sousa went back into second and disappeared up the hill as thoughts turned behind. How big a bonk was this? Food had run out and I had started to feel sorry for myself.

It’s only ever one hill though. Get to the top and become friends with gravity. Usually, in this situation, you can slow down, eat a little and start to feel good again. The next food stop was the finish so that wasn’t an option. Stealing an orange from a nearby tree seemed a little cheeky.

So this time round the tank was emptied a little early. Other times it has been left a little late. Yet every experience builds you stronger for the future and when you get it right…oh boy.

On the one hand, there is no shame in finishing with a little bit left energy wise.You ran sensibly, held good form to the finish and gave it your all. Well, nearly your all.

Wondering if you could have gone faster is something we all do, but there will be other races.

Yet sometimes it is satisfying to cover that last mile running on fumes. Like the Jamaican bobsleigh team carrying their sleigh over the finish line. They gave it everything they had, they could have tasted true glory, but they came up short. This time.

How do you make the right decisions during a race?
What are progression runs?