Cool Runnings: lessons beyond the bobsleigh

With a name like Cool Runnings you would like to think the popular 1993 movie would contain a whole host of running advice – and you’d be correct.

This year a Nigerian women’s bobsled team became the first ever from the African continent to qualify for the Winter Olympics. All former runners and in fact one member, Seun Adigun, competed in the 100m hurdles at the 2012 Olympics. This got me thinking about one of my favourite childhood (and adulthood) movies, the fantastic, Cool Runnings.

Although this is the first movie that made me cry (it was the sporting injustice I apparently could not handle), the lessons provided by Sanka, Derise, Junior and Yul stand the test of time within sport. Three of them were runners after all and the other was the best bob-cart driver in all of Jamaica. So what can we learn from Cool Runnings that might actually make us faster runners?

“Look in the mirror and tell me what you see”

A 2003 meta-analysis study investigated the impact of anxiety and self-confidence on sports performance. The finding by Woodman and Hardy support the importance of self-confidence within a sporting context, something Cool Runnings highlights. In the movie, Santa and Junior address this in the mirror, with the least skilled member of the team (yet still the most confident) helping Junior believe in himself ahead of some of their biggest performances in the Olympic Bobsleigh.

Although this did instigate a bar fight, I do not recommend this as a way to improve sporting performance, unless you need someone to chase you for your intervals.

It needn’t involve shouting at yourself in the mirror. But figure out what encourages you to be confident on race day and ensure it’s included in your training and build up. Could it be a key marathon tempo run or a having all your food practised with and prepared? A confident runner on the start line is more likely to have their best day.

One of the more commonly used techniques within sports psychology is the tool of visualisation. You prepare the mind for eventualities by running through them in your mind before the event itself. For Derise and the gang, this was practicing in the bath each and every turn of the bobsleigh run, imaging himself hurtling down the run at speed from the safety of his hotel room.

For a runner, this can be practiced whenever, but most effectively whilst on your run. Visualise yourself running to the finish of your race, feeling strong, accelerating to the finish line and passing your rivals or breaking a PB. Let yourself feel the emotion this causes and prepare for how this might feel on the day to help avoid it becoming too overpowering.

To back this up with the science, a 2012 paper from Thomas Newark goes into case studies of visualisation in sport and how “visualisation is a clinical technique used to assist athletes with overcoming performance anxiety”.

Newark is keen to point out though that “although visualisation can help improve an athlete’s performance, it does have its limitations and will not turn an average athlete into an elite superstar”.

“Get out of your comfort zone”

The true story of the Jamaican Bobsleigh team didn’t actually involve sprinters (they couldn’t get any to sign up) but the athletes came from the Jamaican military, but Dudley “Tal” Stokes first saw a bobsleigh in September 1987 and was at the Olympics five months later. 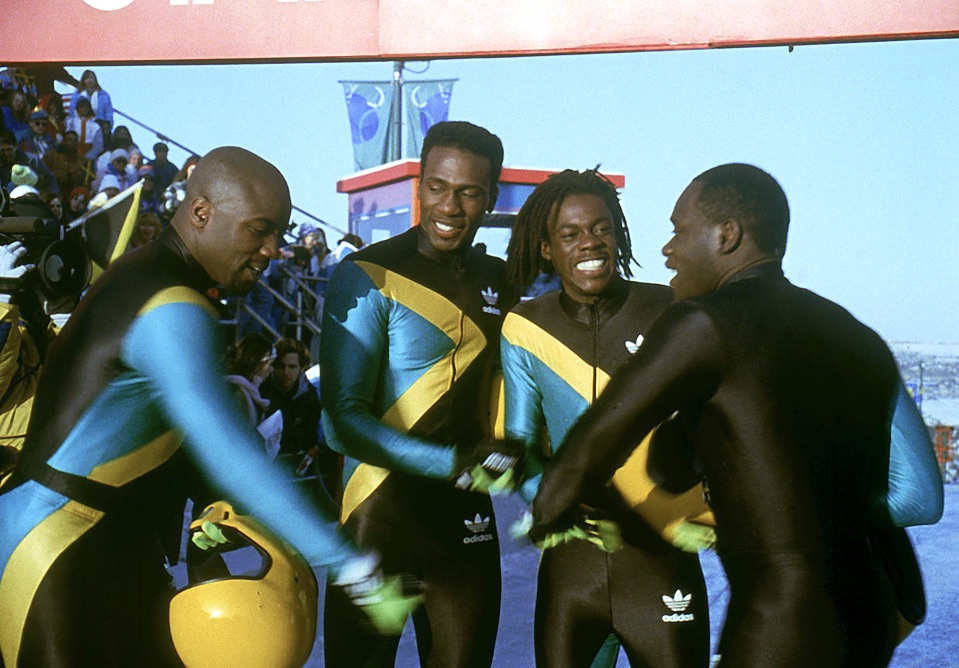 The lesson here is, don’t be afraid to try new challenges and push yourself, especially in this day and age of social media. Sadly would such a fantastic team of athletes from the Jamaican military have been developed in the current day or would social media ridicule been enough to put them off.

You need to do your utmost to not care about what others think. Whether that’s going out too hard in a race and having to crawl home, entering a steeplechase and falling over the first hurdle or even having a bathroom incident during a half marathon. Don’t let the opinion of others limit you. Getting out of your comfort zone is the only true way to discover just how great you can be.

So with the 25th anniversary of Cool Runnings coming next year, what have you got planned as a homage to the Jamaican men who went to Calgary? What will you do that truly tests you?

Instead of making excuses that you don’t have a nearby hill for your hill reps or the right equipment to get the job done, look for ways that you can “rise above it” and take your lucky egg to the next level.

What’s the worst that could happen?
What do you get a runner for Christmas?