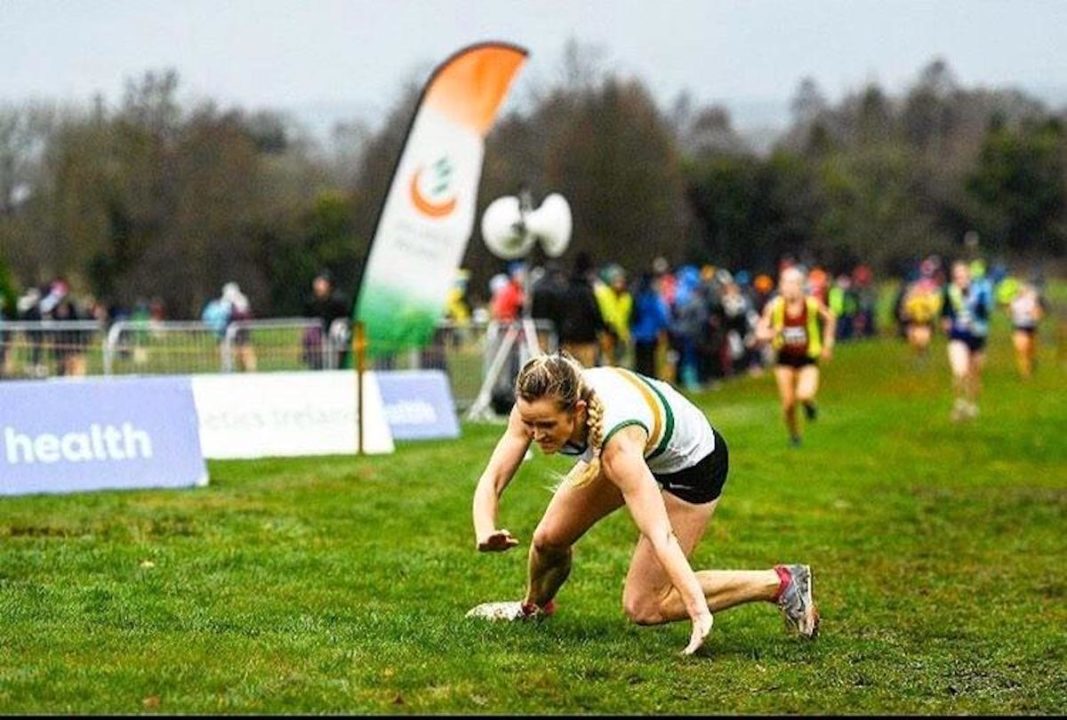 Bláithín Sheil knows a thing or two about mixing work and running and this latest piece looks at two of Dublin’s hardest working athletes, and we don’t just mean on the track.

Over in the US the training group that has evolved around Emma Coburn, and her husband and coach, Joe Bosshard has seen some fantastic success in recent times. Comprised of Emma, Aisha Praught-Leer, Cory McGee, Dominique Scott and Laura Thweatt, they call themselves the Boss Ladies.

I love following American athletics. Glossy pictures of big teams of women working out in the sun, or on a snow covered track with one lane shoveled out are pretty to view.

Ireland does not yet have this level of professional set up, apart from the Dublin Track Club which is in its early years and with no official sponsor, but already seeing fabulous progress. Most people here work, and I want to know how they do it.

With that in mind, I reached out to two Dublin based athletes. Introducing, Meghan Ryan (Dundrum South Dublin AC) coached by Donal Hennigan and Cheryl Nolan (St. Abban’s AC) coached by Jerry Kiernan. These women are of particular interest because they don’t run full time, and they are still class. They work full time and they wouldn’t have it any other way.

We chatted about the elements of their life that allow them to compete at a high level, and what that looks like in practice.

“Having such a close relationship with my coach has been a huge part of my success and most importantly, getting through the tough times.” said Donal Hennigan-coached Meghan. “We work very well together, and I wouldn’t want anyone else to coach me.”

“I’m realistic that I’m not at a level that requires me to be full time. I think a lot of people can get caught up in the need to be a full time athlete. My dad and my coach often remind us of the 80s distance era in Ireland when all the top Irish guys worked full time and there was no messing around. You ran long miles and worked 9-5 and you got on with it. I hope to be successful at managing the two as well.”

Cheryl explains that her coach is brutally honest with her, which she appreciates. “Jerry will say something like ‘my granny is in her 80’s Cheryl and she was moving faster than you in that race.’ I mean it’s pretty accurate sometimes.”

All work and no play…

In this regards Sara Treacy is brought up by Cheryl as a good example. “There’s realistically only a certain amount that you can do while you’re working too, regardless of how good your time management and your boss is.”

“Trying to capitalize on every minute in every day will eventually leave you worn out and run down, which in my opinion is worse than performing just below your peak.” It means a lot of solo miles if you don’t make plans to meet anyone. “But that is one of the catches with working, you’re restricted with when you can do it and where, and who you can do it with. You just have to be disciplined.”

For Meghan, “routine is everything. Knowing when I’m starting and finishing work makes such a difference. I train at the same time every day, every week. If you can make a plan to meet up with someone it makes it easier in every sense, not just from the training benefit alone but also from seeing people, not doing 11 miles on a Tuesday night on my own in the dark.”

All athletes worry they’re not doing enough at times, but Meghan catches herself  “then a dose of reality hits and I remind myself that I can do both and I still compete with, and sometimes beat these girls despite working full time. Over the years a lot of people have said to me that I should run for fun and enjoy my social life but I know that I’m happiest when competing at a top level and I don’t want a ‘normal’ life.”

She credits her strong family support, and her boyfriend that she met in the club, who gets it. “It can’t be easy having a girlfriend who focuses so much of her everyday life on running but he is always helpful, never complains and is very involved with my racing and training group.”

Because routine is so important, Cheryl jokes that she needs 48 hours notice to make plans. But she also means it. “My family says I will never find a man to put up with this lifestyle and I’m like what do you mean, it’s so negative.” Meghan can also relate, talking about how if she is on holidays she needs to know when they are having breakfast so she can get her run in first. You don’t have to apologise

It sounds tricky, but Cheryl is steadfast in her commitment to her decisions, “I’m not really apologetic, like I am doing this. I’ll never apologise. I do this all day every day, so I am not going to apologise to anyone because it is inconveniencing you, because it’s never really inconveniencing the other person, it’s inconveniencing me more so.”

“I think that’s why runners tend to date runners because they know what the score is, it’s predictable, they know they’re gonna need to be in a certain place at a certain time.”

“If you date somebody outside you find yourself explaining yourself more. You almost have to justify yourself and I will never justify myself. This is what I am doing. But when you are going through life and work and running, you meet people that understand and people that get it, and they’re like fair enough that’s your priority and they’re the people that will be there through it all and they’re most important people.”

Meghan adds that “you need to be so focused and confident in yourself, that you’re doing this no matter what.”

The faster you get as a woman, the less women you find around you at your level. This doesn’t seem to bother them though. Meghan trains mainly with lads, “I’ve always tried to run with people who are better than me, and if that’s lads, that’s fine, but I really like having Fiona Clinton too.”

Meghan shares a story about travelling to a British Milers Club meet last year where she had to share with Paul O’Donnell and Rob Corbally. They’re so good to me they really include me, but they’re also probably like god I don’t want to be sharing with her!”

“That’s the reality for us,” adds Cheryl, “when you get older more girls drop off than guys, but you can get along with guys just as well. Girls can often be quite competitive with one another and I really don’t like that, it creates so much friction and it’s unnecessary.”

In her current group comprised of herself, Úna Britton, Sorcha Nic Dhomhnaill and Íde Nic Dhomhnaill, “if someone is doing well we are so happy for them, and it’s never like ‘oh she beat me today.’ I think on any given day it could be any of us four. That’s our mentality, if she runs well and she beats me it doesn’t matter because we train together so I’m basically there.”

The main factor for them is having a team to train with, the gender of their teammates being less important.

Balancing running and your social life

Meghan started going out a bit more this year. It was harder when she was studying, working and running, “but I realised it doesnt need to be that serious, that going out on Saturday night isn’t a bad thing.” They suggest compromises like going for just a few drinks, going out and not drinking, or getting the last luas home.

“It’s ok for you to go out, have a few glasses of wine,” laughs Cheryl, “as long as you can get up the next day and do your long run, if it’s not going to affect you. People overthink it, they think any drinking is bad. It’s not bad unless you’re doing it excessively. I think it’s so wrong for a person to think that if they go out and have a glass of wine that it’s going to affect their performance. No it’s not.”

Over the years Meghan has certainly relaxed her thoughts in that regard.  “Now i’m thinking more along the lines of Cheryl. You have to let your hair down sometimes.”

Let your hair down sometimes

“Whatever works for you personally. At the end of the day I want to be as good as I can be. I’m not going to the Olympics and I know that so I need to have a life outside of it, it takes up so much of my life but I don’t want it to be all of my life,” is Cheryl’s pragmatic response. “I don’t think at the level we are at that you should want to or need to give up all of those other things to run. I think if you’re organised enough you can fit everything in.”

Although Meghan is quick to add “that’s something I’ve definitely struggled with, trying to find that balance, I’d think everything has to be perfect where as it actually doesn’t have to be, and when something comes up, you have to be able to be flexible because we are not professional athletes who are away in a training camp. We live with other people, we have other things going on in our lives.

One key part not mentioned yet is role models, something which the two athletes probably are themselves these day. Meghan highlights several role models in her club like Linda Byrne, Sara Mulligan, Maria McCambridge, Ava Hutchinson, “they were really good to us, especially Maria giving me a lot of advice.”

“They said don’t quit your job, keep working even part time, they all said that they ran best when they had something else going on.”

In praise of the traditional club road race
What happens when your plans don’t happen?