Why I run: Claire Duck 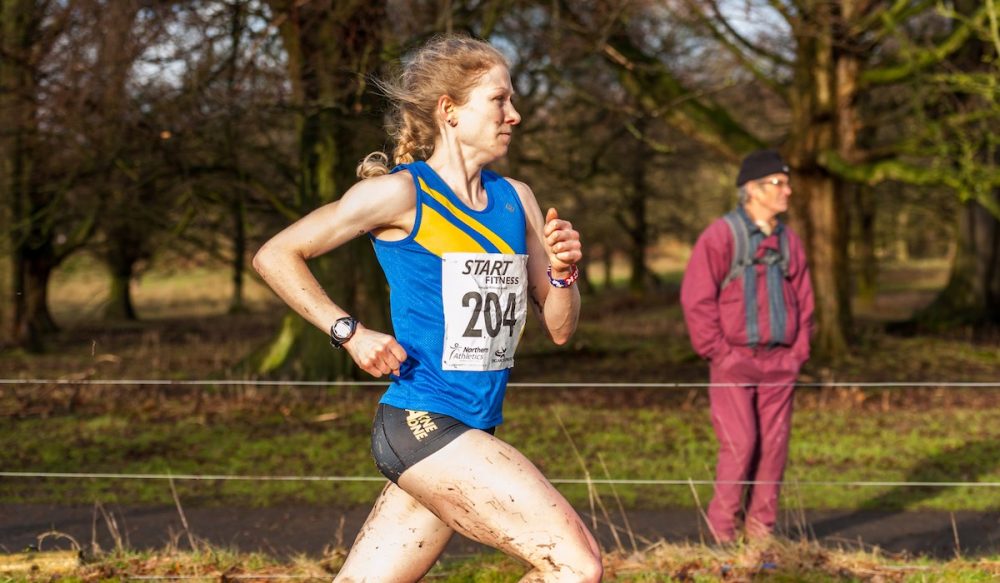 Leeds City AC’s Claire Duck discusses her running story; how it started, the role of her club, as well as the high and low points of her career so far.

I started running when I was in primary school, but I didn’t do any specific training, I just did every sport going, including swimming.

I then ran all through school and did athletics in the summer, but I was part of all the sports teams too and just done a bit of everything. I think when you’re young, just being active and enjoying it is the most important thing.

Why I love running. For many reasons; I’m fiercely competitive for one and love the challenge that racing brings.

I also love the bond you build with other athletes and the training groups I have here in Leeds are the best. There is such a depth of talent in Leeds and there are always people to run with.

I love my Sunday’s running into the countryside with the girls, even if we’re hurting we get each other through and have a laugh doing it.

I also enjoy the variety of events; from cross country to the road and the track. I always enjoy championship racing as it is so different to paced events, but I also love races where there is an opportunity to go for a PB.

As well as racing and competing, just running just to keep fit and healthy is something I’ll always do even when I stop competing.

When running became a sport. I competed in the schools cross country events and did the trials for the English Schools, which I got to compete in during my last year of school.

This then led me to join my first team the City of York (used to be Nestle Rowntrees). I took things a bit more serious in my last two years of college and began doing a couple of runs a week to “train” specifically for running.

It wasn’t until I went to Leeds University that I started to train properly, building my mileage and doing sessions. I then joined Leeds City AC as I always intended on staying in Leeds. From here I went on to run for a university in Chicago for 18 months on a scholarship.

Becoming an international runner. I met my current coach Mike Baxter in 2010 and moved back to Leeds in 2012, from here my fitness improved and we started to progress, however in the following few years I struggled with injuries and had a cycling accident.

Throughout this period I dreamt about an international vest, however, I wasn’t sure I ever would achieve it. In 2014/15 I changed jobs from shift work to regular hours and made a couple of adaptations to my training including adding strength and conditioning.

Making these adjustments finally paid off when in early 2016 I gained my first England vest over cross country. From here things have continued to improve and I hope there will be more to come.

The importance of my club. Competing for my club is hugely important, it’s where everything starts and the support from the group is wonderful.

It’s great to go to club matches and see athletes giving their all, while still supporting each other. It’s a great way also to encourage young athletes into sport, and importantly enjoy it, which will hopefully see them stick with it. The track, roads and cross country. What I like about the track is the fast and furious conditions of racing and the chance to go for times, however, there can be more pressure as there is nowhere to hide.

I like the road for the interesting courses and the opportunities to run fast times in mixed events. I don’t often aim for the road though, so it’s probably my least favourite surface.

I love cross country for the challenge that every course brings, it could be fast and dry or muddy and tough. No course is exact and it’s all about the position. I don’t really dislike anything about cross country, well maybe just the cleaning of spikes afterwards.

My career high. My proudest moment so far has been captaining the British cross country team for the World Cross Country Championships in Kampala, Uganda in 2017.

It was only my second GB vest and a huge honour. It was an incredible event, hugely challenging in the heat and at altitude, but also a fantastic experience I will never forget.

My career low. There can be many low moments in running, it’s what makes the high’s so good. It’s just how you chose to deal with them.

One of the hardest times for me came not from running, but from a cycling accident on my way to work in early 2015. This was at a point when I had started to make a breakthrough in running.

I spent a couple of days in the hospital and suffered a few broken bones and concussion. It was a tough time building back up to running and competing again, but I also feel this life event made me more determined than ever to train hard and achieve all I could.

The future. I have achieved everything I ever dreamt about in my career and so much more.

My aims are now to try and improve my times over the road and track and continue to challenge the best at cross country in the hope that I can achieve further international selections.

My final piece of advice. My advice to others would be to enjoy your running and don’t be too hard on yourself.