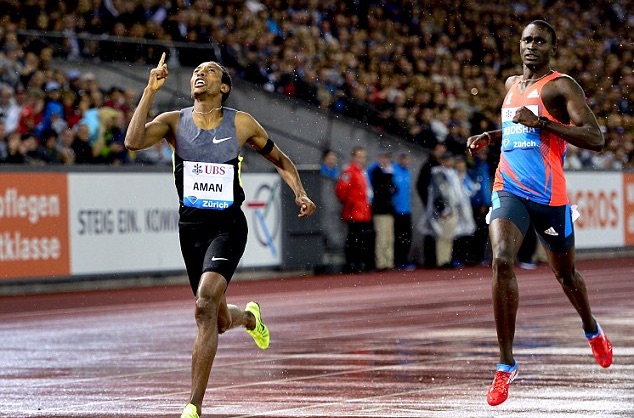 IAAF Diamond League 2017 will see the biggest restructuring to the track and field series in its seventeen year history.

The biggest change will see the IAAF Diamond League series will adopt a championship-style model whereby athletes earn points at the first 12 meetings to qualify for the two finls.

With a dramatic end-of-season showdown between the world’s best athletes, the IAAF Diamond League finals will now offer a true climax to a four-month race across four continents.

In one month’s time, the first meeting of the 2017  IAAF Diamond League series will take place in Doha on 5 May.

In previous seasons, athletes accumulated points throughout the IAAF Diamond League season with the overall winner of each of the 32 events being the athlete with the most points, irrespective of whether they won the final.

This year, the winners of each discipline in the finals will be crowned as IAAF Diamond League champions, earning a $50,000 bonus and the Diamond Trophy.

The scoring system has also changed for 2017. Whereas previously only the top six finishers in each event earned points, the top eight will now be rewarded. Eight points will go to the winner, seven points to second place and so on, with one point going to the athlete in eighth place.

Each discipline will be staged six or four times before the finals. At the end of the 12 qualification meetings, the top seven, eight or 12 athletes (depending on the discipline) will be invited to compete in the final. In case of a tie, the best legal performance of the qualification phase wins.

At each of the 12 qualification meetings, all disciplines have the same prize money:

plus rewards for ninth-12th place finishers in distance races and ninth-lane runners in sprints.

The prize money is increased for the finals: