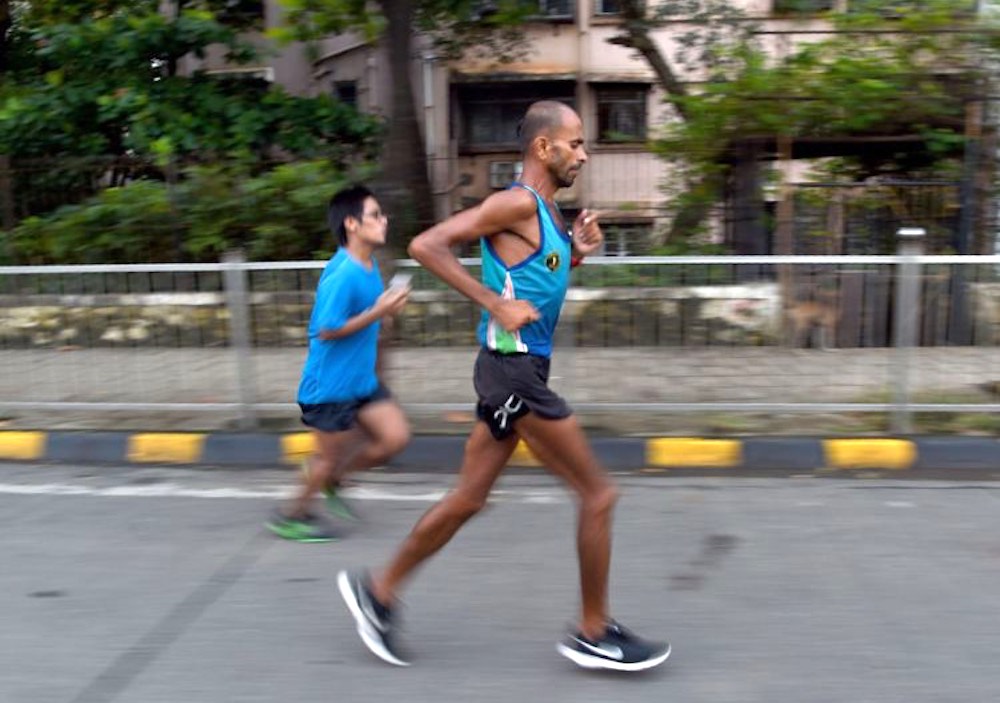 Samir Singh, an ultra marathon runner aiming to run 10,000km in 100 days, came agonising close to his goal only to collapse with exhaustion 36km before the end.

Known as ‘The Faith Runner’, Singh started his running challenge on 29th April, and spent nearly three months running through monsoon rains and the scorching Mumbai heat, without missing a single day.

On the final day of his challenge, the 44-year-old needed to run 150km (93 miles) to reach his target after falling behind schedule through illness and injuries.

But after completing 114km (70 miles), and within 36 kilometres of his goal, pain and exhaustion beat the five-time ultra-marathon winner, forcing him stop agonisingly short of 10,000km.

Singh’s amazing challenge was compared to that of Forrest Gump, and caught the attention of documentary makers, who named him ‘The Faith Runner’.

Singh, who survived on just £2.30 a day and donations, completed all of his running between Mumbai’s slums and business district. 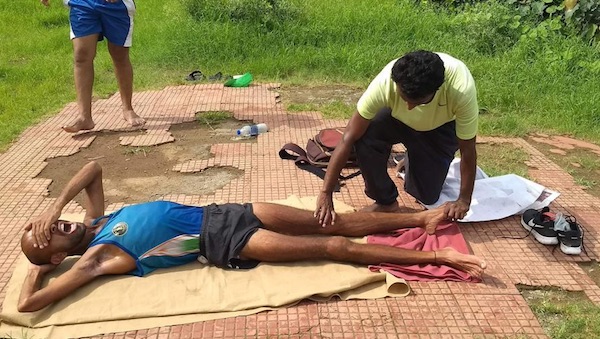 At the end of his attempt on Sunday, 5ft 7ins Singh weighed just 40 kilograms.

Before his final run, Mr Singh had said: “My journey of running 100 kilometres per day is very challenging but I wanted to show the endurance limit of human spirit.

“If you have dreams, your body will take shape accordingly. My experience is testament to the same. God has given us our bodies and our mental capabilities define its limitations.”

Not to be beaten, once he has recovered Singh plans to hit the road and this time run 40,000km.

Singh added: “I am happy so many people are invested in my story right now.”

Vikram Bhatti, who managed Singh’s campaign, said: “He was plagued by gastro-intestinal infections and contracted viral fever but has run 9,964km in 100 days.”

30 suspected to be affected by norovirus outbreak, including Thomas Barr and Isaac Makwala
Isaac Makwala to run solo 200m time trial to advance to semi-finals