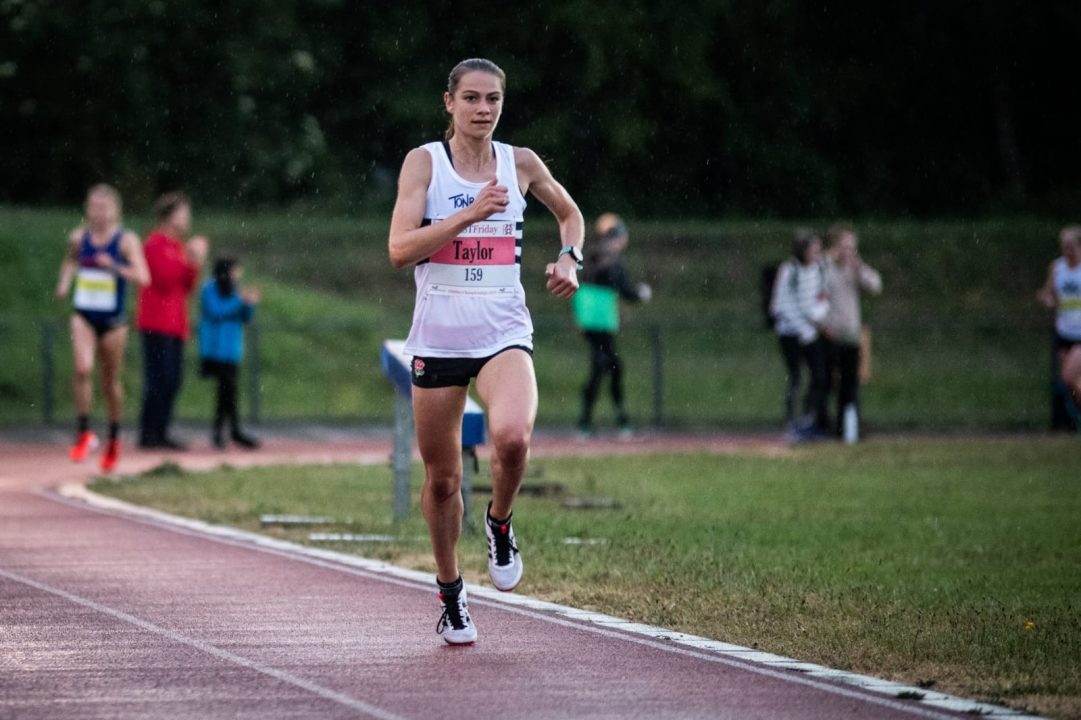 Fine performances across the globe in the Comrades Ultra Marathon, IAU World Trail Championships, and the Rome Diamond League, whilst less far afield there were some noteworthy 10k and half marathon performances at home.

Tonbridge based athlete, Nicole Taylor, won the 10,000m race at FASTFriday in a cracking time of 33:31 gaining herself a 22 second personal best.

Taylor was followed by New Balance international marathoner, Tracy Barlow. Barlow braved going out of her comfort zone for her track 10,000 debut and ran an impressive time of 34:15, only 2 seconds ahead of the fast finishing Naomi Taschimowitz, also making her debut in the event.

In the men’s race, Hoka One athlete and Intercounties XC champion, Adam Hickey, and Cambridge and Coleridge’s Jack Gray went head-to-head on the track. Hickey took gold and welcomed a new PB of 29:08, only four seconds ahead of Gray who also got a PB. Third across the line in 29:26 was University of Missouri alumnus, Ollie Lockley.

Earlier in the evening, the race was on over 12.5 laps of the track. The winner of the ‘Flat Out 5000’ was Guildford and Godalming’s John Sanderson in 14:22. Alexander Lepretre followed with a time of 14:34, just 7 seconds ahead of third place, Stephen Ferroni.

In the Rome Diamond League, Dina Asher-Smith proved her strength once again, running sub 11 (10.94) for her first 100m of the year. Laura Muir and Eilish McColgan both also pulled out cracking performances, with Muir running 3:56.73, only 0.45 seconds behind of Genzebe Dibaba to claim second and McColgan ran 4:02.2, placing them both well within the World and Olympic qualifying standard.

Andrew Butchart proved he was back in form across the 5,000m. Butchart clocked 13:09.33, within only a second of his personal best. He placed eighth in a strong field with the top six all running under 13-minutes.

GB hurdler, Andrew Pozzi also ran a season best of 13:29s in the 100m hurdles to come second behind Sergei Shubenkov. Another sensational performance came from Bracknell AC’s Zak Seddon who ran an impressive five second PB of 8:21.28 in the 3000m Steeplechase, achieving an Olympic and World qualifying time!

British ultra running is in good health with Norway based Jon Albon adding a Trail World Championship in Portugal to his ever growing list of international honours. After placing fourth at last year’s champs in Penyagalosa, Spain, Albon showed his speed over the shorter 44km course with technical descents and took a fine victory. It seems the rockier the course, the happier the multiple obstacle course racing world champ is.

The British men’s team took silver as Carl Bell and Andrew Davies finished 13th and 16th respectively. Impressively it was a debut at ultra distance running for both men and they excelled in Portugal for their country. Andy Symonds followed in 33rd place, before another ultra running debutant Seb Batchelor was 40th and former World Champ Ricky Lightfoot 46th. This weekend down in South Africa was the Comrades 56-mile Ultra marathon. In the men’s race, Lee Grantham gave an outstanding performance, gradually picking off his competitors along the way. The international athlete from East Cheshire moved himself up the ranks to come in an incredible 12th. Sadly GB ultra runners Steve Way and Ant Clark both had to pull out of the race. Ant was suffering with as yet unknown issues and Steve Way with a hamstring issue.

The women continued to add to the success in South Africa. The first female brit to cross the line in an amazing 21st place was Belgrave’s Samantha Amend. Amend was followed by Chrissie Wellington in 43rd, Carla Molinaro in 44th, Heather Fell in 70th and Carla Borland in 84th.

Back on home ground

In Omagh, at the picturesque ninth annual Killyclogher 10k, Northern Ireland’s Scott Rankin won in a time of 32:33 with the first female finisher, Pauline McGurran, crossing the line in a time of 39:53.

Also across the 10k distance was The Yew Tree Staplehurst 10k. Tonbridge AC had a successful race, winning both the men and women’s category. James Price took the men’s gold prize in 35:50, 30 seconds ahead of second place, Charles George. Liz Weeks claimed gold for the women just above 40-minutes in 40:11.

Hayley Carruthers and her coach Dan Robinson were back running together at Aldridge 10km – crossing the line together in 34:01. This comes the day after Carruthers ran the fastest parkrun time of the week.

A Busy Day of Half Marathons

The weekend was also filled with half marathons in Southend, Dorney Lake, and Derby.

At the home of London 2012’s Olympic rowing events in Buckinghamshire, was the Run Dorney Half Marathon. Serpentine’s Benjamin Parkes took the overall win in 73:53, and Katie Smith was the first woman across the line in 88:49.

The Asda Foundation Derby Half Marathon saw Lincoln Wellington’s William Strangeway cross the line first in a time of 68:38 with a decent lead. Second place went to Mohammed Saleh and third to Daniel Bagley, in 70:44 and 71:03 respectively.

Also in Derby, the women’s podium was dominated with PB’s. Lucy Niemz was first woman in female, achieving a one-minute PB of 80:29. Behind her in 86:04 was youngster Emma Pick, and in third Hayley Gill in 87:20.

In Essex it was a hot day for Southend half-marathon. Benfleet Running Club dominated the top three with James Caldon stealing first place in 75:29, only 24 seconds ahead of his club teammate Ben Green. In third place, just one second ahead of fourth and fifth, was Southend’s own Christian Holmes (76:55).

Rob Corney and Hayley Carruthers are your quickest parkrunners this weekend (June 8). Check out the full rankings here.