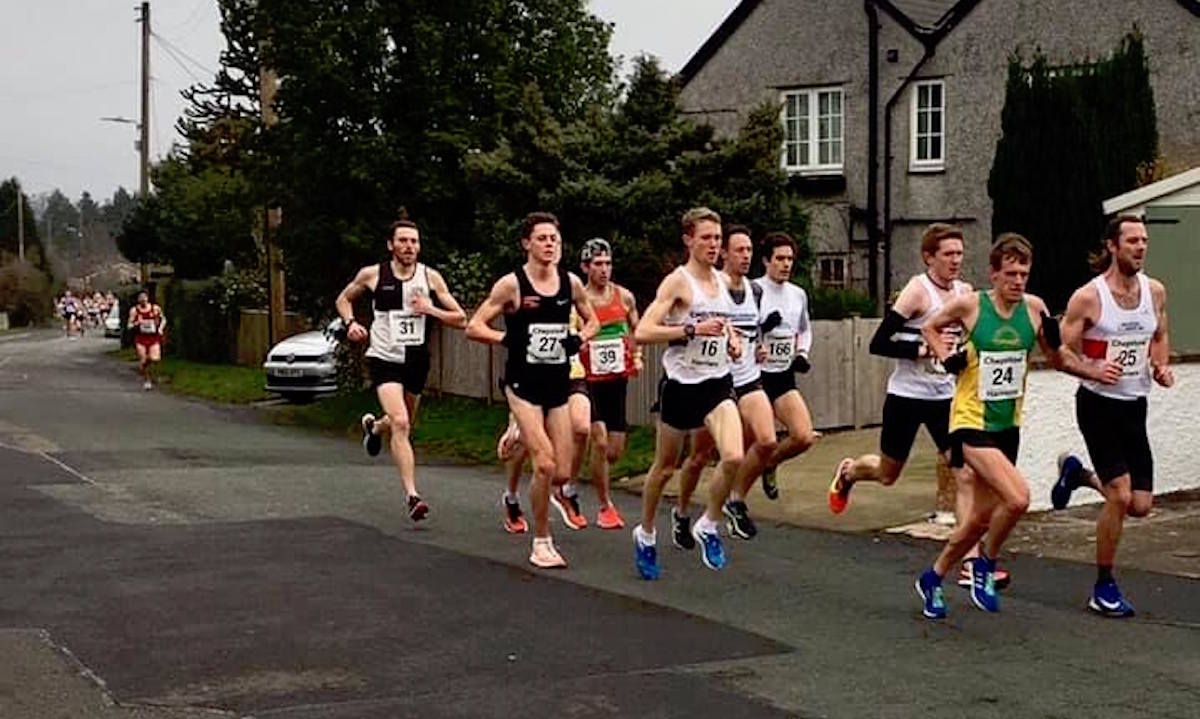 The fast and flat Speedway 10k in Chepstow wants to see quick 10k times and quick runners can still get an entry on the day.

Race organiser James Blore has told Fast Running that they will be accepting on the day entries from any sub 40 minute males and sub 45 minute females. “It has to be said entries are down on January, but number of finishers could go up depending on the no-show rate.” said the Chepstow Harrier.

“I’ve tried unbelievably hard to get a good field together, but it’s proved difficult at this point in the season, with most of the men and women either injured or moving onto the track for the Summer. Quite a few drop-outs as well. I’ve tried especially hard with trying to get a better women’s competition together and think it could be good.”

The effort is clear and we hope to see an exciting male and female race this weekend. There is a £1200 prize pot that is actually 80% of the profit made by the race as the organiser wishes to see quick runners rewarded by the old school, no frills racing event. For more information check out the race website.

So without further ado, here is James’ previews of both fields and the likely team winners.

Overall favourite is Cardiff’s Matt Clowes. Gone sub-30 twice this year including for third place back in January. Will be looking to take back the title he first won last Summer. A win at Potters Half marathon this past weekend shows the shape he’s in even if he has it in his legs. Wins at Alsager 5, Newport and Caerphilly 10k, Wokingham, Llanelli and a second at Reading half this year. Swansea’s Josh Griffiths could be the man to give Matt a good race. Also sub-30 twice this year with third in Cardiff Bay 10k and 2:14 for 21st overall at London.

Notts AC Stuart Spencer is also sub-30 now, and came sixth in January in 30.15. He could make up the podium. Runs a lot in Spain. Accountant to dodgy ex-pats in Benidorm (or something like that).

Tipton’s Tom Bains has a 29:46 track 10000 to his name and will surely be looking to replicate a good run on tarmac. Won Liverpool half marathon last month.

There is also the winner of Worthing and Poole 10k, the winner of Abingdon marathon, and three outright winners of Welsh Castles Stages from this past weekend. Further down the list local V50 bragging rights will see Stefan Simms and Lee Aherne (one of the aforementioned WCR stage winners) go head to head to go sub-34.

Bideford look to have it sewn up with four of the top 10 guys on paper. Local powerhouses Cardiff, Swansea, Bristol and West and Cheltenham are lacking strength in depth this time round. Although with entries available on the day I wouldn’t discount anything that some healthy club rivalry could bring about.

Swansea’s Alaw Beynon-Thomas should also feature. 34.57 for fifth in Cardiff Bay 10k. Second in Newport marathon on her debut at the distance last month so hopefully she’s got some speed back in her legs.

PBB’s Lauren Cooper. My top-pick, and not only because I know her. On paper, only a 10k PB of 36:28 set at the race in January for third. However she is flying right now and ran 16:45 for 5k a few weeks ago. Would not be surprised to see her run sub-35 if conditions are decent.

MMRT’s Carla Swithenbank mainly does longer distances. First in 2:45 at Newport marathon last month. Will be good to see what she can do over 10k.

Bath’s Eilidh Bell was only fourth back in January but has since improved to 35:48 for 10k. Getting faster all the time.

Holly Rush also on the start line looking to run well over 10k again having won some local half marathons recently.

Team prize probably to Bristol and West, only three needed to score (based on time). Swansea/Avon Valley/Chepstow could also get involved.