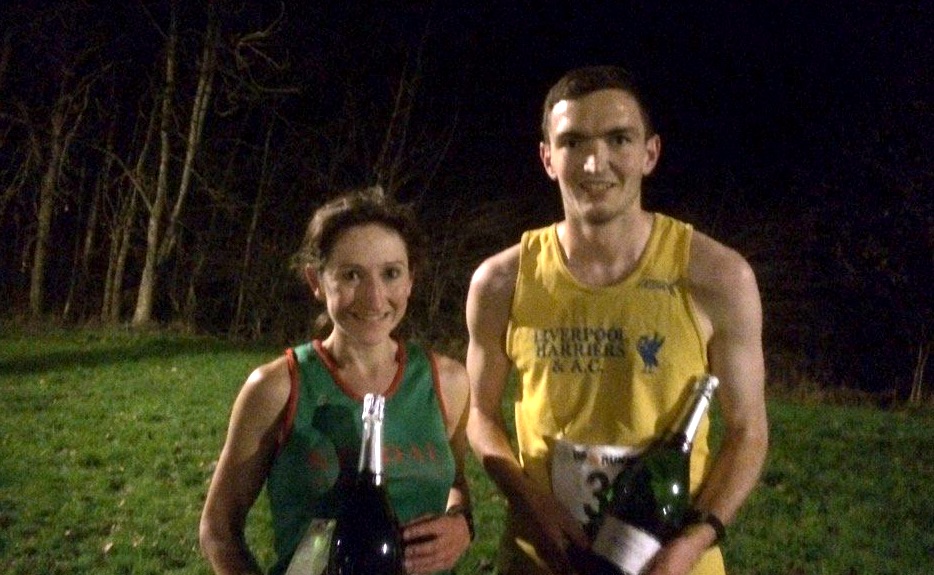 After a fast start on the specifically designed course in the darkness of Lancashire, a large group passed the half way point all on target for sub 15-minutes.

Heading into the final lap it was John Ashcroft of Liverpool Harriers who was leading. Ashcroft managed to hold the lead and crossed the line in a superb personal best 14:27. Just three seconds behind was the chasing Matthew Crehan (St Helens and Sutton) in 14:30.

Liverpool’s David Devine, also a Paralympic T12 athlete, clocked a fantastic 14:31 for third. A further 12 athletes then pursued to break the 15-minute barrier.

Robinson has battled back impressively after being involved in a heavy fall while representing Team GB in the World Mountain Championships in July.

The incident was the result of a push at the start of the race, but despite a lot of pain and bruising the tough athlete battled on to finish. Side-lined for a number of weeks, the Doctor in Sports Medicine is now getting back into good form, including a fine 33:46 at Leeds Abbey Dash.

Hannah England used her 1500m speed to finished strongly, but couldn’t quite close the gap and crossed the line one second behind Robinson in 16:40.

Third went to Jacqueline Fairchild of Preston Harriers. Like England, Fairchild is usually seen lapping 800m or 1500m on a track but showed great strength in clocking 16:53 over the longer distance.

The quick course also saw a return to racing from former GB athlete Colin McCourt. McCourt represented Britain at the 2010 European Championships, Commonwealth Games at 1500m and the European Indoor Championships in 2011. After retiring in 2012 and gaining weight, the middle distance athlete made a bet with friends that he could get in shape and break 16 minutes for 5km in 2017.

Failure to do so would entail getting all seventeen of his friend’s names tattooed on his body. This weekend’s Podium 5km was billed as the venue to achieve his goal or face the ink consequences! The former 3:37 1500m and 1:46 800m man rose to the challenge and crossed the line in 15.37 comfortably winning the bet.