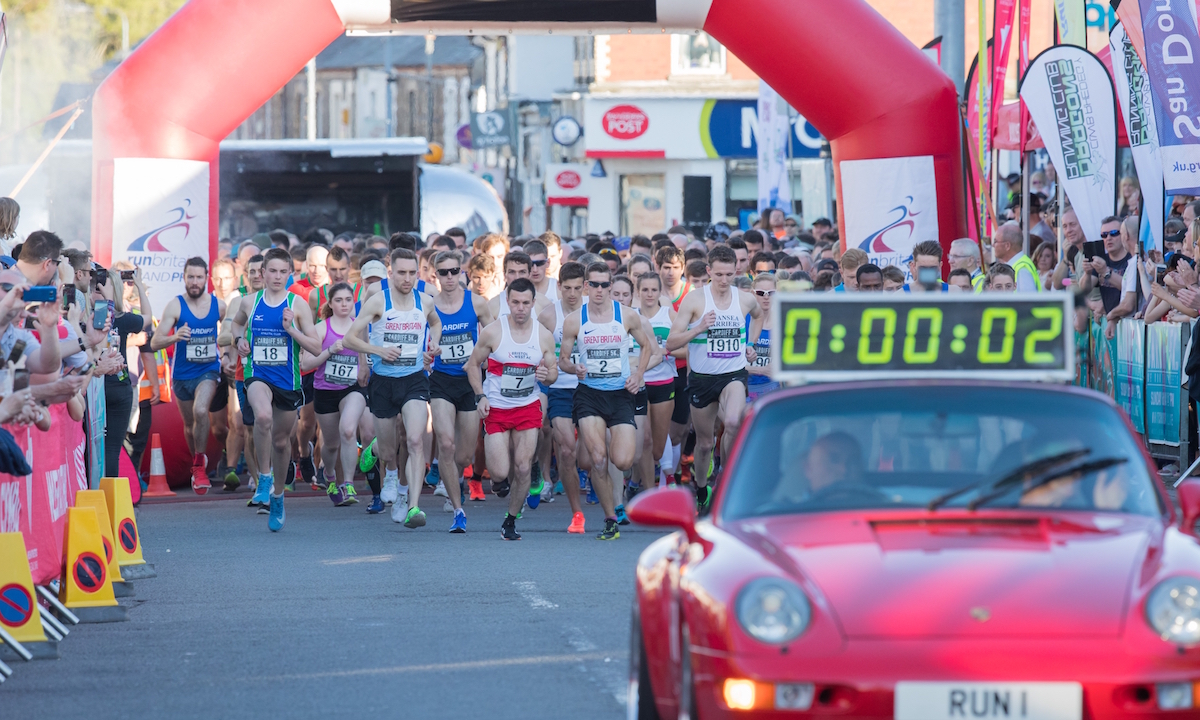 The Welsh 5km Championships will again take place within the Cardiff 5k – Race For Victory. The Sunday evening race takes runners on a flat and fast route around the Whitchurch and Llandaff North areas of the Welsh Capital.

The event is known for its festival atmosphere with live music, street food and a Supercar Parade.

The race will also feature an Inter-Area Match where hosts Wales will face the Midland Counties, North of England, Northern Ireland & Ulster and the UK Armed Forces.

The men’s Championship will see defending champion Jon Hopkins look to retain his title following a spell of altitude Training at the Welsh camp in Albuquerque recently.

Hopkins will be joined by Ieuan Thomas who was the runner-up 12 months ago. His pedigree includes a third place finish at the Armagh 5km International in 2014.

The pair know each other well and it was Hopkins who finished just one position ahead of Thomas in sixth place over the 3,000m S/C at the 2018 Commonwealth Games on the Gold Coast last April.

Swansea Harrier Guy Smith will also race in the Welsh team along with Matthew Edwards of Cardiff AAC.

UK Inter-Counties Cross Country Champion, Adam Hickey is the top non- Welsh entry and the only athlete who has run sub 14 minutes for the distance on the road in the past.

Newport Harrier Abed Teweldebrhan was third last year and along with Peter Lewis of the UK Armed Forces and Chris Madden of Northern Ireland & Ulster, will be looking to get amongst the podium places. The women’s race is likely to see Swansea Harriers Caryl Jones and Elinor Kirk contest the title along with in form Clara Evans.

Jones is the third fastest Welsh athlete over 10km of all time with Kirk sitting fourth on the same list. Both athletes have been amongst the top British endurance runners in recent years and are evenly matched over 5,000m with both having run 15:37 at best.

Evans’ greatest show of form was a 72:49 best for half marathon set earlier this year in Barcelona and the Cardiff based athlete is now looking for a gauge of fitness after returning from altitude in the USA.

Kate Maltby of Bristol & West AC will lead the Midland Counties team and is likely to feature near the front.

Tamara Beach of Les Croupiers RC and Sarah Mackness of the North of England are the next fastest on paper.