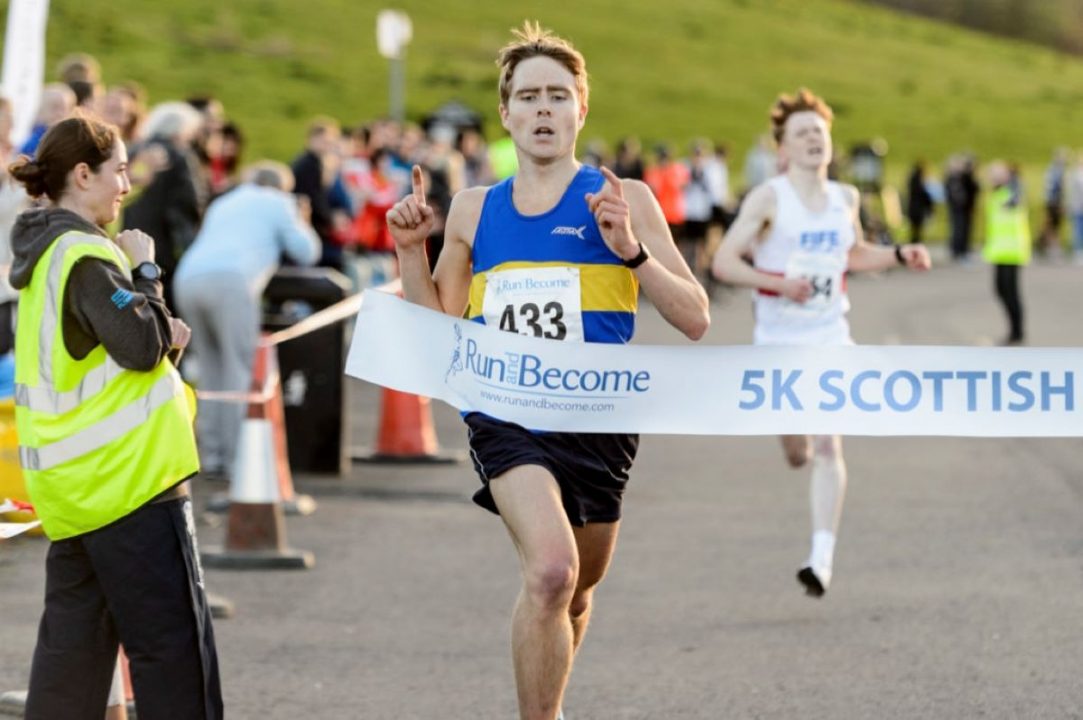 GB Internationals Mhairi Maclennan and Kris Jones head up a fantastic field at the Scottish 5km Championships this Friday.

The Scottish 5km Championships take place on Friday 3rd May with conditions expected to be perfect for fast times. The event, organised by Run and Become and Scottish Athletics, takes place on a pancake flat course alongside the Firth of Forth and has traditionally been one of the most competitive events in the Scottish road racing calendar. Maclennan and Jones are joined by the likes of Morag Millar, Fionnuala Ross, Alastair Hay and last year’s winner Lachlan Oates at the head of a sold out 600 strong field.

The Fight for Medals

Mhairi Maclennan will arrive on a high after her recent 2nd place finish at the Brighton Marathon 10km clocked a new PB of 32:59. The Helen Clitheroe coached athlete will expect stiff competition from Fionnuala Ross who retained her Scottish 10,000m title in April and clocked 33:30 to win Leeds Abbey Dash 10km last November.

Whilst last year’s winner Annabel Simpson misses the race due to exams Central AC’s Morag Millar will challenge with a 5km best of 16:14. With the likes of Elspeth Curran, Jenny Bannerman and 2012 Olympian Freya Ross also on the start list medal positions will be hotly contested.

2018 winner Lachlan Oates also retained his Scottish 10,000m title in April in a fantastic new PB of 29:40. Oates will know he needs to be on his best form as he is joined by 13:45 5,000m man Kris Jones who will be looking to make a winning return to racing after a recent Achilles niggle. The Swansea Harrier told FR

“It will be my first race since January due to an Achilles problem, so I am very excited for it. I hope that I will be in the fight for the win, but if I come through the race without a negative reaction from the Achilles that would be a success. I’ve been on an altitude camp in Albuquerque and I’m starting to feel like some fitness is returning, but you never really know how things are until you race.”

Medals are expected to be hard fought Central AC’s Alistair Hay has a fine pedigree over the distance with a 14:07 5,000m best and he will expect to be pushed by the likes of Corstorphine’s Calum McKenzie and Edinburgh AC’s Michael Christoforou.

With 112 runners clocking sub 17 minute times in 2018 the race can rightly be considered alongside the likes of Armagh as one of the most competitive road races on the UK circuit. The course records of 14:17 (Callum Hawkins) and 16:07 (Maddie Murray) and popularity of the race with top athletes including Andy Butchart are testament to the quality of the organisation and course. Alongside the main individual championships medals are on offer for team races and masters categories. More details on the race can be found on the Run and Become website.