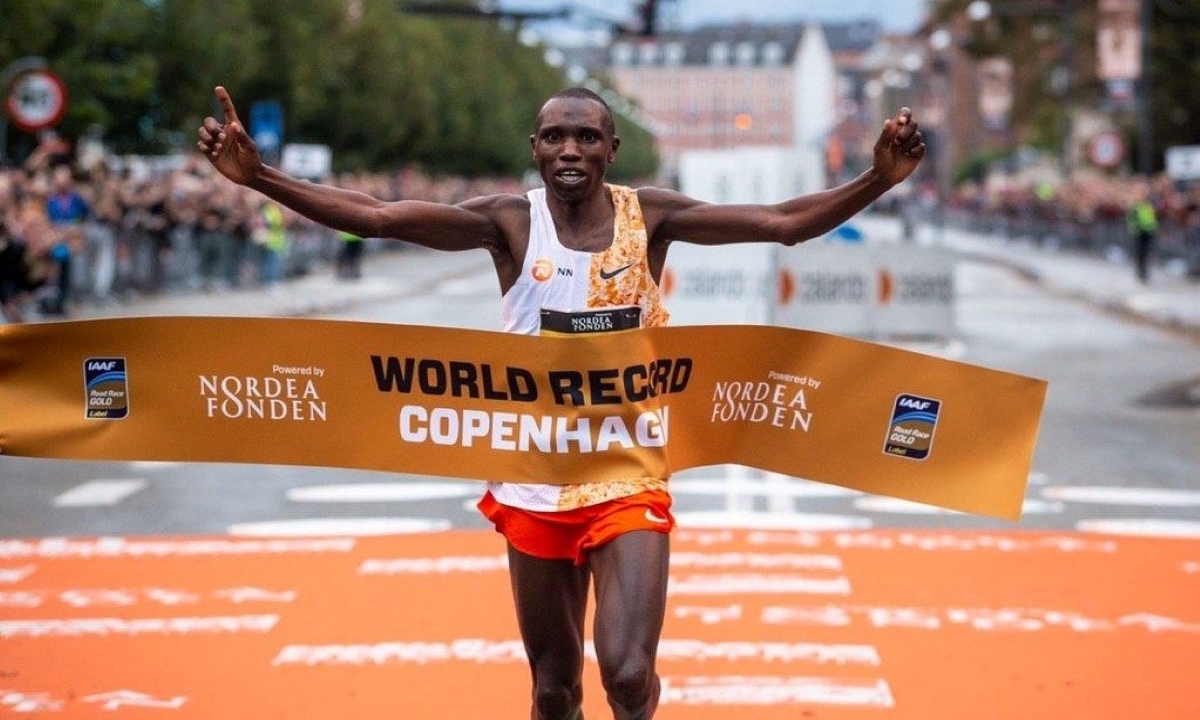 Three time world champion on the half marathon, Geoffrey Kamworor, showed his dominance this morning in Copenhagen. The Kenyan set a new world record for the half marathon after crossing the finish line in a dazzling time of 58:01. The former record of Abraham Kiptum stood at 58:18.

Kamworor showed his power in windy and rainy conditions in the Danish capital, making his feat even more special. After breaking the world record Geoffrey said: “Finally I could go for a fast time, and what a time it is!”

Geoffrey Kamworor’s next race will be the TCS New York City marathon on November 3, where he will hope to regain his 2017 title.

Copenhagen Half is one of the quickest half marathon courses in the world and will be a part of the new ‘SuperHalfs’ Series next year. There were plenty of quick times by British athletes in the race and you can catch up with these later in our weekend roundup.