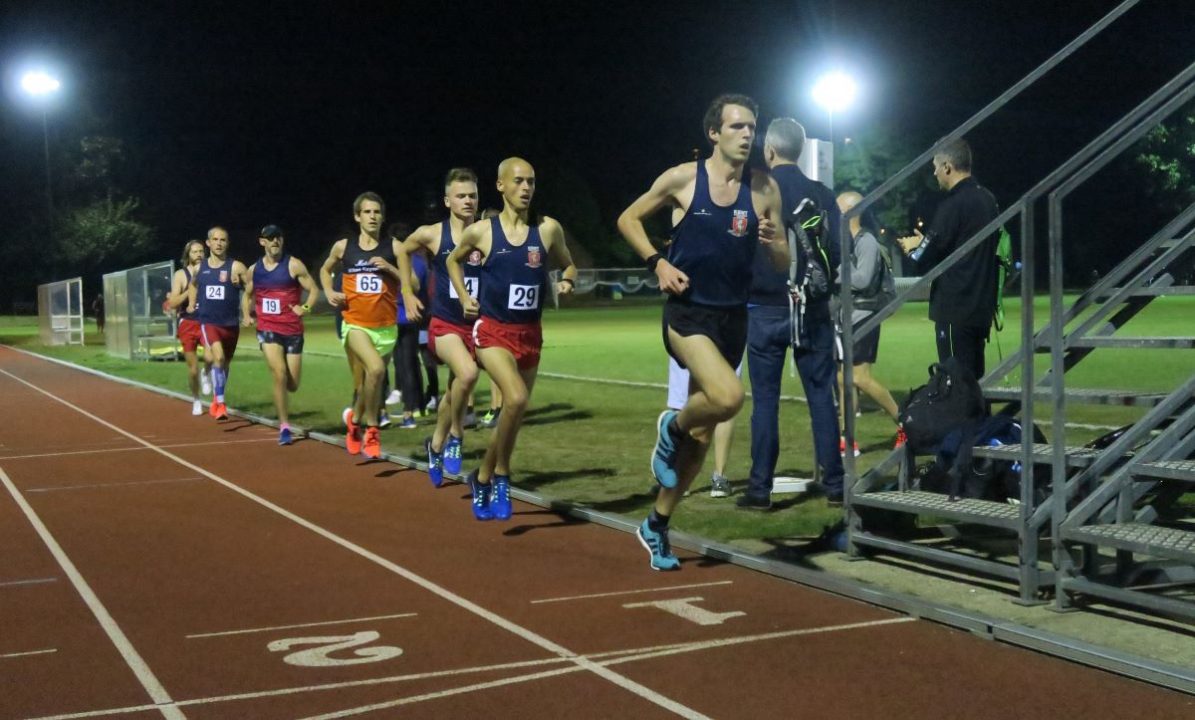 As plenty of runners took to the roads and mountains this weekend, the sun came out to reflect their shining performances. The weekend was packed with half marathons taking place across the UK and there were some fine efforts over longer distances too.

In Denmark the Copenhagen Half Marathon saw thousands of runners take to its streets. History was made as Geoffrey Kamworor from Kenya clocked a world record breaking time of 58:01! Our British men had some impressively strong performances as many of the runners prepare for their upcoming marathons.

First Brit to cross the line was Liverpool’s Charlie Hulson, in a rapid time of 1:05:19, gaining himself 28th place. Hulson was shortly followed by Denmark based Thomas Wade (65:43) and Crawley’s Paul Navesey. As part of his preparation for the Frankfurt Marathon next month, Navesey ran a cracking 1:05:46, proving his strength in the lead up to the marathon.

The first two British women over the line were Johanna Sharples of Leighton Buzzard AC with 83:45 followed by Laura Boehm of Clapham Chasers in 83:52.

Fast times weren’t only the theme in Denmark, The Simplyheath Great Bristol Half Marathon was packed with noteworthy performances. The overall win in the men’s race went to Cardiff’s Matt Clowes in 1:05:08. Clowes has an impressive four sub 30-minute 10k’s to his name and is a familiar face at races in the South West and Wales. Next male across the line was Team Bath’s Alex Carter and Harry in Allen of Bristol & West AC in 1:08:37 and 1:09:30 respectively.

Annabel Gummow of Winchester & District AC was the first female finisher in an impressive 1:17.05. Gummow had herself an impressive 3 minute lead on second place, Jennifer Beckingham. Beckingham ran a PB by over 5 minutes in clocking 1:20:09! To round off the women’s podium, Taunton AC’s Kate Drew came in third in a time of 1:20:38.

Also on home land over the half marathon distance was the Vale of York half marathon. The men’s gold medal went to Dominic Shaw who boasts a sub 65 minute half PB. Shaw crossed the line in a fantastic time of 1:07:45, followed by Sale Harrier’s Nathan Harrison in 1:09:40, a 20 second personal best. The final place on the podium went to Scott Harrington of Otley AC in 1:11:03, just 4 seconds outside of his seasons best this year.

The women’s gold medal went to York’s Charlotte Mason in an impressive 1:22:16, with Sarah Lowery in second with 1:25:02 and Bridget Coomber claiming the bronze medal position in 1:27:20.

Weaver and Pettitt on form in Kent

As autumn arrives, the track events are slowly beginning to dwindle, but that doesn’t mean the events that are still occurring have dwindled in standard. The Kent AC 5,000 club champs saw some rapid times on the track. Jordan Weaver claimed the winner’s title in a 14:51 and Amelia Pettitt took home gold in the women’s race, doing her club proud as she crossed the line in 17:57. We are awaiting full results but we know there were some other outstanding PBs achieved.

Up in the mountains, Sarah Tunstall capped a fine return at the latest WMRA World Cup race at Drei-Zinnenlauf. After a impressive victory at Glossglockner, Tunstall fought hard to take the win over the 17.5km course. Having led since the first few kilometres, Tunstall was a deserving winner. Tunstall now has her sights set on the World Championships in Argentina. The Silver medal went to Ireland’s Sarah McCormack. It was a perfect weekend for the Chiltern Wonderland 50 mile race. The single lap course loops around the picturesque chiltern countryside, accumulating a massive 5600ft of climbing along the way! The race also stands as the third event in the 50 mile grand slam. In what can only be described as a challenging race, Ed Knudsen took the win in 6:34:20 with a big lead. The winner of the women’s race, Rachel Fawcett, also earned herself an incredible 8th place finish overall. Fawcett reached the finish in 7:59:51 to gain the women’s gold medal position. Internationals on show in Richmond

The Richmond Runfest was filled with events boasting fast performances. The Kew Gardens 10k kick started a successful weekend with Scott Overall crossing the line in 30:02. Overall earned himself a 12 second season’s best, improving on his performance at the Weybridge 10k. Alex Milne of Hercules Wimbledon was the next to claim his position on the podium, in a time of 31:34. Milne was shortly followed by Dylan Evans in 31:34.

The women’s race was won by Hart’s Lesley Locks. Locks was just 27 seconds outside of her personal best set earlier this year in Eastleigh, clocking 36:31. In second place was Erin Willmers in 37:48 followed by Kate Brown in third with 37:54.

On a very sunny and warm September weekend, day two of the Richmond Runfest saw the half and full marathon take place. In the half marathon, Paskar Owor took home the men’s gold medal in 1:11:35. It was Tracy Barlow who topped the women’s race, finishing an impressive 7th place overall and winning her category in a strong time of 1:16:49. GB marathon Barlow told us “I really enjoyed the race. After a big training session on Friday the plan was to run a controlled effort so I was really pleased with the time”.

Lindy-Lee Folscher secured herself the win in the women’s race in a solid 2:58.19, a nearly eight minute PB!! Huge effort by Folscher. It was Jessica Bruce who followed Folscher in 3:04:57 and Alexandra Lane who claimed bronze on the women’s podium in 3:12:58. Davis and Taylor impress in Reigate

It was at the Run Reigate event another abundance of races occurred. Over the longer half marathon distance, Robert Wilson clocked 1:10:51 to secure his position at the top of the leaderboard. It was the Preston Harriers athlete, Eleanor Davis, that dominated the women’s race. Davis finished 4th overall in a time of 1:16:36.

In the 10k race it was the women’s field that stole the show and saw Tonbridge AC secure the top three places. England 10,000m champion and ON Running athlete, Nicole Taylor, ran herself to a gold medal. Taylor held her ground, giving a strong performance and clocking 34:52. Close behind Taylor was her ON Running partner Lucy Reid, in 36:00 flat. Third across the line, completing the hat trick was Phoebe Barker in 36:21.

The 5km race was won comfortably by Russell Bentley in 16:44 with Lauren Wormley the first woman over the line in 20:52.

Very happy to get the win in the @runreigate 5k this morning. Beautiful day, pumping race village, awesome event, thanks loads to all the organisers, and for the support @on_runningUK 💪☁️☀️#ukrunchat pic.twitter.com/NQinjzCtUa

Rounding up the halfs

Adding to the sea of runners around London this weekend was the Harrow half marathon. Damian Nevins clocked 1:12:57 to win himself the top position on the podium in the men’s race and Lucy Ashe was the winner of the women’s race in 1:23:52. The winner’s of the silver medal positions were James Laing in 1:13:30 and Fast Running’s very own, Gill Bland. Bland, a Harrow athlete, achieved herself a lifetime best by over a minute, of 1:24:26. Completing both the men’s and women’s podium was Lee Fedden in 1:13:58 and Caitlin Rice in 1:29:32. The winners of Harrow Half

The Essex Half Marathon Championships was held in the beautiful sunny village of Pleshey and hosted by local club Springfield Striders.

The womens race was won by Rachel Sweatt in 1:21 flat. The Grange Farm and Dunmow Runner current Essex Road Running Champion retains her title from 2018 at the same race. Second place was Springfield Striders Nikki Woodyard in 1:24:22 and third place was Heidi Steele of Colchester Harriers in 1:25:51.

The mens race was won for the second year running by Havering AC’s James Connor in 68:30, with the podium completed by Springfield Striders duo Peter Robinson in 70:50 and reigning Essex Road Running Champion Chris Burgoyne in 71:54.

The Air Products Worcester Half Marathon had a very clear winner in Omar Ahmed. The athlete was almost ten minutes ahead of second place with a 63:28 chip time. The female winner was Julia Bijl in 1:20:12.