Run for your Life: the Kenyan way 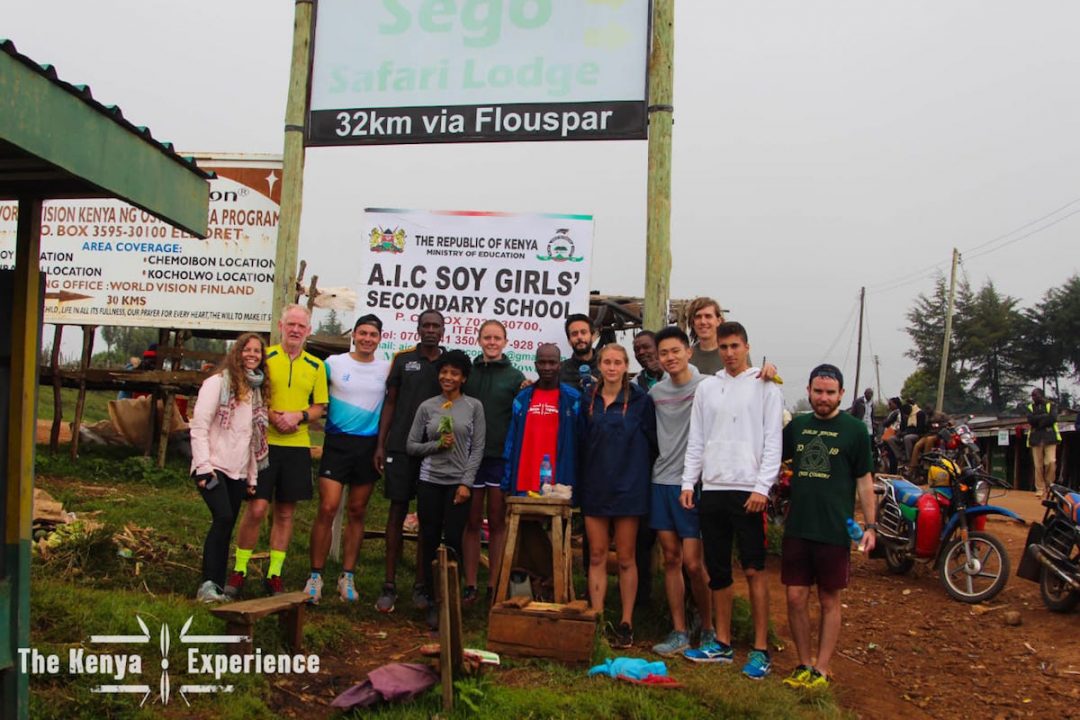 Bláithín Sheil reflects on her time at the Home of Champions and the perspective it gave her on different motivators for running.

The Kenyans are known as the best endurance runners in the world. Some say it’s the Ugali, others say it’s the simple lifestyle. They have longer and slimmer lower limbs which are more efficient at respiration when training. There is definitely such a thing as a Kenyan calf muscle, I saw one with my own eyes.

I spent two weeks in Iten, the Home of Champions, at the Lornah Kiplagat High Altitude Training Centre this August in the hope of discovering some of the magic.

Willy Songok, our guide would say everyday that we need to run hard, eat hard and rest hard. That is a motto I could get behind and definitely plays a role in their success.

Running is a part of all our lives to varying degrees. For many in Kenya, running is life, but not in the way you might understand if I expressed that sentence to you right after running a personal best or winning a medal. For two weeks I ran hard, ate hard and slept hard, but I also learned hard.

Iten is one of four training centres in the Rift Valley region. Eliud Kipchoge and the NN Running Team train across the valley in Kaptagat. There are 1,200 athletes in Iten, around 8000 in Kenya. Only the smallest portion of those who train here full time will actually make a living out of it.

When faced with this fact, it made me view the athletes that I saw everyday and their motivations in a different light. Our group was in pursuit of further knowledge and a good running environment. Curiosity and a desire to visit Africa brought me there. But the Kenyans runs to provide for their families and as a way to find a better life.

There are no recreational runners in the village, the people are either full time athletes, or working physical jobs such as farming.

An interesting feature of athletics here is that most Kenyans don’t really know exactly how many miles they do. Fancy watches cost money that could be spent on food. Runs are minutes based, and really dictated by the three effort levels: easy, moderate and hard.

If you weren’t supposed to be doing a hard run, then it should be easy, and at altitude, the pace ranges that you would consider easy are completely different. They tend to do less miles than at sea level and focus on higher quality workouts rather than hitting mileage targets.

We visited the home of a local athlete; Simon. He came here with his large family to pursue a running career.

He has yet to “make it”, meaning to get a sponsorship deal and a manager to organise his race schedule. So in the meantime he lives with his mother and numerous younger siblings in an unoccupied hut they found on the side of the road when they arrived.

Last year Simon won a half marathon with a promised prize of 300,000 Kenyan shillings – about 26,000 USD. This money would transform their lives. They could build a house that does not have a dirt floor, a house with more than two small rooms and running water. A house with a bed so Simon does not have to sleep on the hard floor.

But the race organisers have not paid him. This is not big news. In Kenya, unfortunately, it is very common for corruption to interfere with an athlete’s winnings.

A jumper with some serious miles too

Simon was wearing a Raheny Shamrock jumper which came to him via an American. We were not too sure the path it took to end up here but it brought home how lucky I am to be coming down in gear with multiple types of running shoes, and to have the luxury of being able to leave some tops behind me for the people we ran with.

The original owner of that very old edition of a Raheny Shamrock jumper has probably had many versions of gear during their time in the club, (whoever they are), yet here was a guy who was 1) delighted when I told him that was my own club and that we had a connection, 2) just happy to have a jumper, and 3) welcomed us to his home and allowed us to walk around.

Newspaper clippings of his success on the roads plastered the wooden walls of the dwelling. It made me sick to realise that the prize money he had been denied would be life changing and allow his family to live in, at a minimum, a house with a real floor, proper walls and beds.

The cost of renting a room in Iten for an athlete was about 3000 KES a month, about 26 Euro. I could go to the stall and buy a few bananas and ginger biscuits to last me a day or two for under 1 Euro. I drop cash at home like there is no tomorrow on coffee, lunch, a new top that I liked, an extra pair of leggings that match my runners better. I have never felt so wealthy in my life.

I mentioned Willy Songok above, who over dinner one night just started to tell us about his childhood. In a race as a child, he ran to beat his friends. That felt good.

Then, he ran so he could get a ride in a car and watch the trees fly by faster than he had ever seen before. That was a great story to tell his friends, and a fun collateral benefit to being driven to other towns to race for his school team. His first prize winnings for another race was a soda and a piece of bread.

These were luxuries they would only have eaten at Christmas, if you came from a lucky family, that is. He told his friends how the soda tasted, how it fizzed in his mouth and tasted so sweet. He recounted a tale from when he was minding his parents cattle one day.

The 1977 East African Safari Rally was taking place near their location and when they would see the characteristic red dust blowing in the air in one direction, they took that as their cue to run hard in the other direction to catch a glimpse of the cars passing. It was about a 3km round trip.

Now, we learned that when Songok told us the run was 2km to the track, to take the distance estimation with a large pinch of salt.

We would always clarify if he was talking in metric kilometres or Kenyan kilometres to know what scale we were on! But the lesson from that anecdote is that Kenyan children grew up running, walking, moving everywhere. I asked were his parents runners to which he replied, “my parents, they only ran after cows!”.

Kids run or walk about 3km to school, back home for lunch, and repeat the round trip in the afternoon. That’s a 12km day for a child.

Our own days there were filled with morning runs, followed by a food and a lovely nap, to then head out in the mid-morning to tour someplace by foot for another few hours. Movement is standard. Running is life in Kenya.

Not in the way it is in Ireland for most of us, something we work around our jobs or college, something to be proud of and get the best out of yourself, a social activity, an exercise in solidarity in the case of the Sanctuary Runners, a way to keep the doctor away. In Kenya, running is a way out of poverty.

It is literally a lifeline, and for some, the only option.

Did Not Start
Is Doha good for our sport?