Hayley Carruthers among winners this weekend 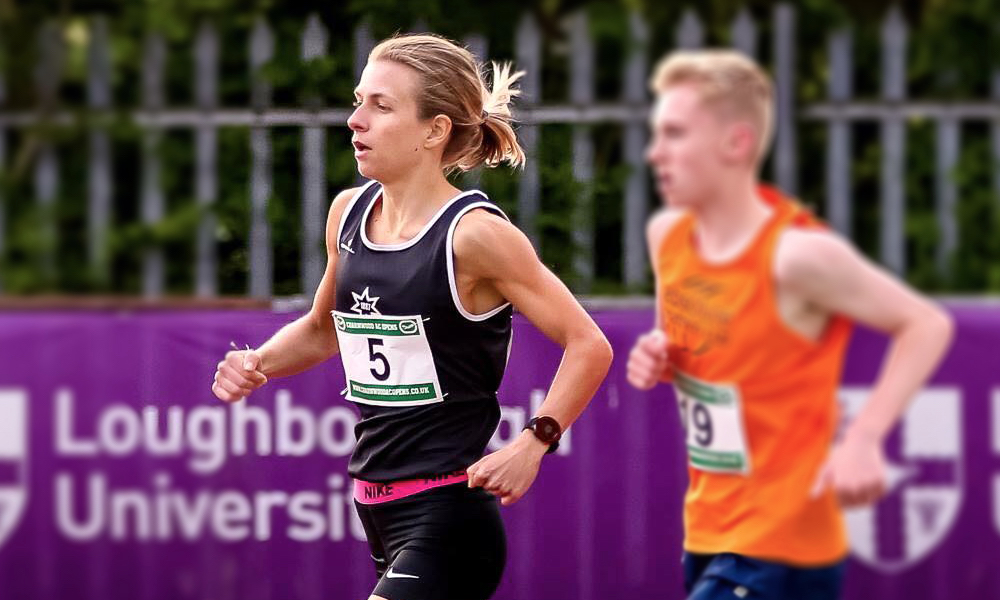 The Rotherham runner wins in Wrexham while Josh Griffiths and Phil Wylie enjoy victories at 10k races in Tenby and Magor.

Hayley Carruthers continued her excellent 2018 season with a 34:39 winning performance at the Helena Tipping Wrexham 10k on Sunday (July 29).

The Rotherham Harriers athlete, who ran her 34:05 personal best earlier this year at the London 10,000, finished seventh overall and only two and a half minutes behind the men’s winner.

The runners at the North Wales race battled the stormy conditions, and faced up to 20mph winds at times, with Tom Bains of Hallamshire Harriers, Sheffield, the quickest on the day in 31:59. Vet 40 Dave Bennett of Ellesmere Port RC was second in 33:03 and Jon Bowie of Mercia Fell Runners was 33 seconds behind for third.

Another Ellesmere Port RC runner was second in the women’s race. Joanna Marsden dipped under 40 minutes with a 39:37 chip time. It was an identical time to Marsden’s run at the Market Drayton 10k in March. Charlotte Jones was third in 40:34 to complete the podium.

British international marathoner Josh Griffiths was the runaway winner at the Tenby 10k in Wales, clocking 32:33 for the victory. Battling the stormy weather on the Pembrokeshire coast, the Swansea Harrier was almost three minutes off his personal best (29:28).

In April, Griffiths had a tough 2:37 run in the heat at the Commonwealth Games, but has been working his way back to form in recent months including a 66:11 performance at the Swansea half marathon.

Not a bad place to finish a race. Nice to win and good fun at the @tenby10k this morning 🌧🏃🏻‍♂️ pic.twitter.com/M8X6zvTQLW

Dave Keenan and Joshua Liddle were second and third respectively across the line. They were only seven second apart in 35:48 and 35:55.

In true Brazilian footballer style, the women’s winner only goes by the name of ‘Michelle’ on the official results. The F35 runner ran 41:27 to win ahead of Sioned Howells (41:48) and Caryl Davies (42:13).

If anyone has a bit more info on Michelle then please do send us a message. Equally well done to sixth place ‘Steve’ who also decided to forego the uncool use of a surname whilst running 37:23.

For those who don’t know Magor is located in Monmouthshire, South Wales. The Welsh village has the first service station after you cross the Severn Bridge over the River Severn estuary between England and Wales, and is also home to the Magor 10k.

Phil Wylie of Cheltenham Harriers took the win at the annual 10k in 30:57. The V35 runner was made to work for his win, as just behind in 31:13 was Simon Nott of Calne Running Club.

Great training race for @Inspir_EdPhil today, to take the win at @chepstowharrier Magor 10k in 30:57, with negative splits in a nasty wind. Good week✅

The best team name of the weekend goes to the Mickey Morris racing team, the club of third place Matthew Edmonds with 33:01.

The club’s Facebook page states: “the Torfaen based Micky Morris Racing Team, founded in 2014, may presently lack athlete numbers it more than makes up for this in ability and achievements.”

On the 27th July, they finished first, second, third, fifth, eighth and ninth at the Cardiac 6 road race. The MMRT was also the 2016 London Marathon club champions.

Forest of Dean AC athlete Chloe Wheeler was the first lady in 39:05. It was a PB for the U20 athlete who has stepped up to 10k distance this year. Wheeler also ran a 18:26 5k PB this year at the Hereford Couriers 5K Series.

Niki Morgan of Chepstow Harriers was only 13 seconds behind Nott for third place. The 40:40 was a season’s best for the V50 athlete. The runner’s PB of 40:07 could be under threat as the year continues.

Dewi continued his comeback from injury with the fastest time at parkruns across the UK this weekend. The Welshman ran 14:45 at the Swansea Bay event.

Herne Hill Harriers’ Stacey Ward ran a parkrun best 17:06 at the St Albans event to take the women’s top spot in the UK. This weekend’s top 10 times at parkrun can be found here.

Meanwhile, on the track this weekend Jess Judd was among the winners at the England Athletics, UK CAU and AAA Championships. The Blackburn Harriers athlete won double distance gold in the 1500m and 5000m. A report from the action in Manchester can be found here.