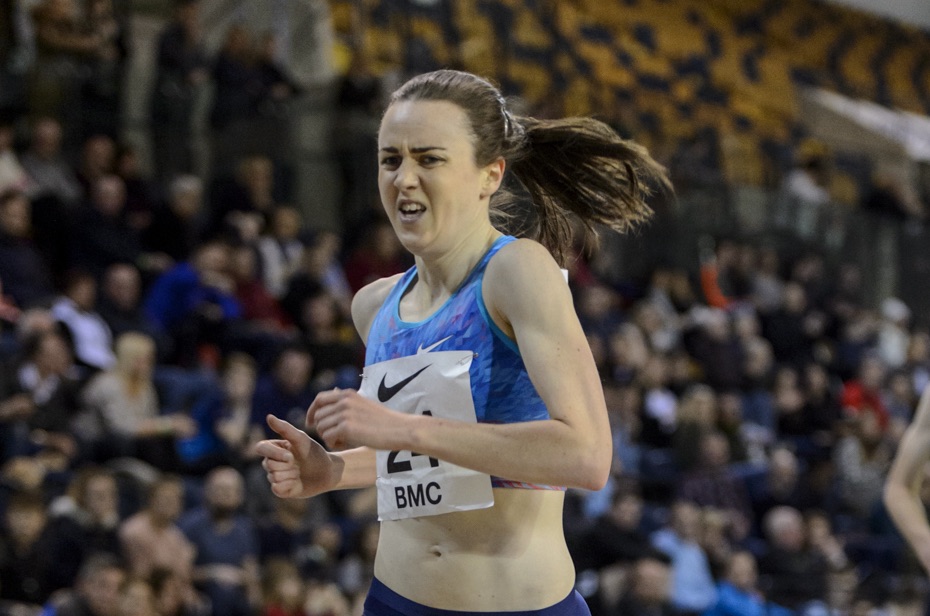 Laura Muir will aim to win a first 3000m title at next month’s (February) British Athletics Indoor Championships in Birmingham.

The Double European Indoor champion and five-time British record holder will race in the straight final on Saturday, February 17, at the Arena Birmingham hosted championships.

Muir, who anchored the British relay team to gold at the Edinburgh XCountry, will look to claim her first British title over 3000m as well as securing her spot on the British team ahead of March’s World Indoor Championships.

“I’m looking forward to racing the 3000m next month in Birmingham. Training has been going really over the longer distances and the 3000m on February 17th will form part of my preparations for the upcoming World Indoor Championships in the same venue a couple of weeks later,” said Muir, the recent Scottish 3000m champion.

“If I come away with the victory in Birmingham it will complete the full middle distance set, having previously won the 800m and 1500m at the championships in recent years.”

Fellow Scots Eilish McColgan and Steph Twell will also compete at the championships.

“To be a British champion is a really big honour,” added Muir, who knows nothing is a given when it comes to competing at the championships. “I take great pride in winning the title even more so now competition is really tough in women’s endurance events.

“We saw that strength last year with the amount of girls who ran qualifying times for 800m, 1500m and the 5000m for the World Championships in London.

“To be a British champion in our events, you have to produce something special and be one of the best in the world, so it’s always a fight to reach the top of the podium. There should be a lot of depth at the trials so it will be exciting for everyone.”

“I remember it well – it was probably the first big win of my career, and I went on to run at the European Indoor Championships in Gothenburg the following month which was my first senior international for the British team and a big occasion for me,” she said. “I have very fond memories from the event and it is going to be great to compete at the new venue in Birmingham for this year’s championships.”