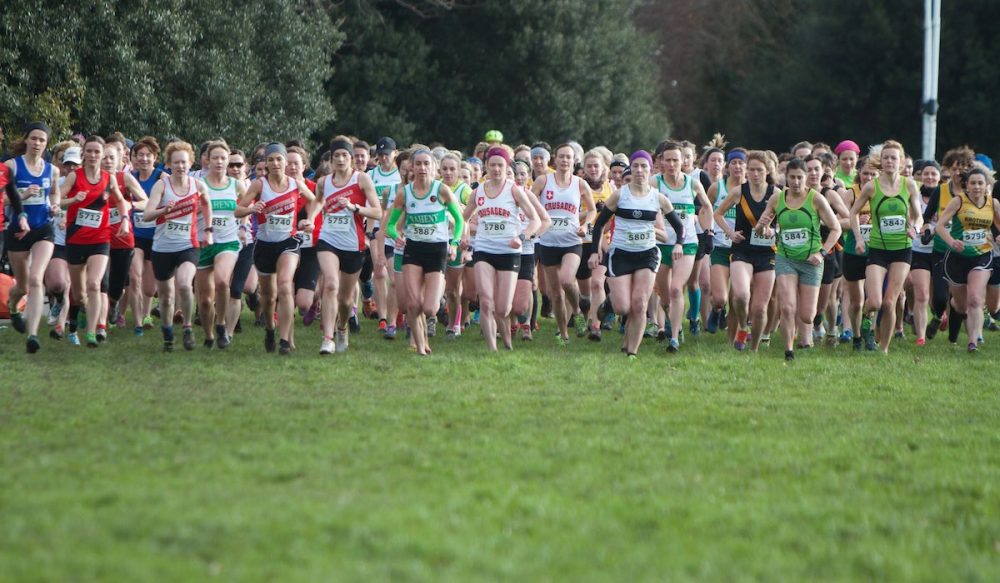 This weekend, Irish running saw a half marathon PB for Stephen Scullion in Houston, Leinster Masters Cross Country, plus the Irish National Indoor League got underway.

Northern Irish athlete Stephen Scullion knocked 90 seconds off his previous best when he ran a time of 63 mins 16 secs at the Houston Half Marathon on Sunday (January 14). More of Scullion’s performance can be found here.

Scullion finished 29th behind a delighted Jake Robertson of New Zealand who crossed the finished in 60 mins 1 secs. The 28-year-old was taking the biggest win of his career beating a field that included six sub-60 minute half marathoners and had 26 finishers home in under 63 minutes. First woman was Ethiopia’s Ruti Aga in 66:39.

On the opening lap of the men’s 6km race, a repeat of the Dublin Championships a week earlier looked likely. Dunne was pushing the pace with his Raheny clubmate Ian Conroy doggedly sticking to his heels and Karol Cronin of Sportsworld AC slightly off the pace. Keeping the Dublin trio company were Brian Byrne of Newbridge AC and Clive Quinn of Sli Cualann.

Conroy made his move with about a lap and a half to go, but failed to shake off Dunne, who sprinted home with five seconds to spare in 20 mins 19 secs. Passing Cronin and moving into third place was David O’Connor of Celbridge AC. 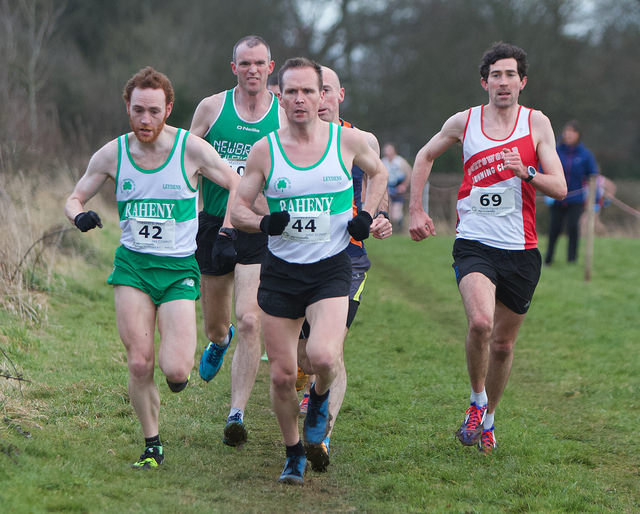 Dunleer’s Karen Costello struck for home early in the women’s 4km race, although Adele Walsh of St Senan’s did her best to stick with her. In the end, just three seconds separated them with Costello given a time of 15:18. Finishing third was Michelle Cox of Newbridge, who was first W35. Nicola Welsh of Dunleer was fourth and Aisling Smith of Sli Cualann AC fifth and first W45.

Rounding out the programme were the intermediate championships, with the men’s race providing the drama of the day when longtime leader Mark Molloy of Dundrum South Dublin was caught by Thomas Lupton of Portlaoise AC in the final stages of the race. Tullamore Harriers won the team title with Dublin the winning county.

Winning the women’s title was the in-form Ashley Pia Ryan of Civil Service Harriers. Dunboyne AC was first of the teams, ahead of Sportsworld and St Senan’s. Kilkenny was the best country. Full results can be found here.

Mark McKinstry of North Belfast Harriers and Catherine Diver from Beechmount Harriers came out on top at the Mighty Oaks Cross Country which took place on Saturday January 13 at the Mid Ulster Sports Arena in Cookstown after bad weather last month forced its postponement. The race was the sixth round of the Athletics Northern Ireland Cross Country League.

McKinstry proved the class of the field in the men’s race with his time of 24 mins 45 secs putting him well clear of Allan Bogle from City of Derry who finished in 25 mins 17 secs. Just two seconds adrift in third place was Noel Logan also City of Derry.

In the women’s race, Diver finished in 21 mins 13 secs, holding off the challenge of Grace Carson from Mid-Ulster who was three seconds behind for second. Suzanne Higgins of Lagan Valley finished third in 21:56.

At Abbotstown on Saturday, January 13, an open women’s 60m was won by Bandon’s Joan Healy in 7.37 secs. Behind her came two medal winners from last summer’s European Youth Olympics – Rashidat Adeleke of Tallaght was second in 7.53 and Patience Jumbo Gula of St Gerard’s Dundalk third in 7.63.

In a second 60m race, Healy again came out ahead of the junior stars in 7.44. Fastest in the open men’s 60m series was Mark Kavanagh of Dundrum South Dublin in 6.98.

The races were held in conjunction with the opening round of the National Indoor League. Results can be found here.

A clear winner of the men’s’ 60m hurdles was multi-eventer Rolus Olusa of Clonliffe in 8.51 secs, while Keith Marks picked up more points for Clonliffe with 7.03m in the men’s long jump.

Claire Brennan of Dublin City Harriers, who are the defending women’s champions, won the 800m in 2:19.84. Winning the men’s shot putt was Dave Tierney of Leevale AC with a best of 13.85m. Results can be found here.

At the ANI Sprints and Hurdles Indoors competition in UU Jordanstown also on Saturday, January 13, Anna McCauley of City of Lisburn won the W18 60m hurdles in 9.05 secs. Josh Armstrong, also City of Lisburn, clocked a time of 8.40 secs for the men’s 60m hurdles, which was the fastest of the day.

Dean Adams of Ballymena and Antrim proved fastest in the men’s 60m recording a time of 6.90 secs. His clubmate Craig Newell was second fastest with 6.98 secs. Fastest of the women was Lauren Roy from City of Lisburn with a time of 7.65 secs in the girls U18 and 19 race. In a second race, Roy was almost as fast clocking 7.66 secs. Second behind her was Anna McCauley with 7.88 secs.

Joe Gough of West Waterford set a new M65 record of 59.57 secs for 400m at the NIA Live Indoor Meet in Abbotstown on Thursday, January 11. Running in this age group for the first time, Gough, a multiple world title winner and record holder, took over four seconds of the old record which stood at 63.98. On Sunday, January 14, Gogh was in Nenagh for the Munster Masters Indoors, where he won the 200m in a new Munster record time of 29.32 and also won the 400m.

At the Donegal Athletic Awards function in the Finn Valley Centre, Stranorlar on Friday, January 12, Danny McDaid was inducted into the Hall of Fame It is a much-deserved award.

In a 15 year period in the 1970s and 1980s. McDaid competed in the marathon at the Olympic Games of 1972 and 1976, taking numerous national title over the distance for which he recorded a personal best time of 2:13.06. He also competed at ten World Cross Country Championships, most notably captaining the Irish men’s team to silver medals in Limerick at the 1979 championships where John Treacy won the race was McDaid finished 11th.

McCarthy’s time of 20 mins 45 secs saw her finish comfortably clear of Breda Gaffney who finished in 22:27. Overall winner of the race was Alan O’Brien in 19:06. Full results can be found here.