As fast as possible in Kew Gardens 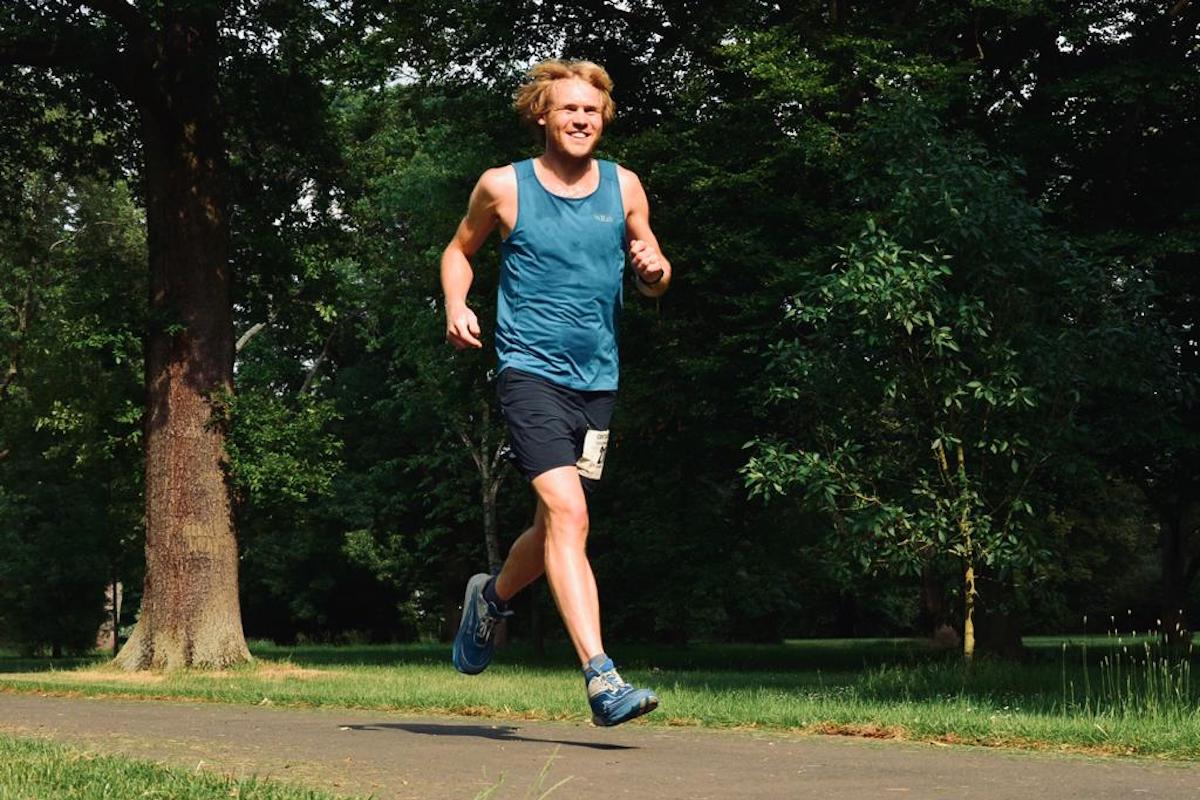 Charlie Harpur running on some of the fine paths around Kew Gardens. Photo: Ana Oliviera

After I asked whether Kew Gardens would provide a fast enough course for an Olympic trial, race director Tom Bedford got in touch.

“I’m focused on making this course as fast as possible” says Bedford, and you know what, I fully believe him.

Over the course of an hour the presumably rather busy race director has taken the time to discuss how him and his team are taking the job of Olympic Marathon Trial course creation very seriously and doing everything they can to make things right for those who matter, the athletes.

“What we have so far is 20% flatter than the London Marathon, it’s only got 121m over the whole 26.2 miles of the course,” says the man who’s run a 2:19 marathon himself, so knows a thing or two about going round bends quickly. “I’ll not even say it’s the final course as we’re constantly getting feedback and talking to athletes and coaches.”

Come and see for yourself

For those who have been outspoken about their concerns, such as Andy Hobdell, there’s been the invitation to go and see for themselves. The coach of runners such as Kev Seaward, Paul Pollock and Tom Evans is going to visit the Kew Gardens route and get a first hand experience. We hope Andy can try out some strides on the bends to really test them out.

We heard British Athletics looked at around 10 other courses before settling on Kew as the best option. Bedford lets us that know some of the factors involved. “It has to be a COVID safe environment and the gardens are walled off from the public, have flat, sheltered paths and enough room for a competitive race”.

Wide enough for a bus? Maybe not, but certainly a Fiat Panda

At it’s widest the route has nine metres across the path, but the rest is still at least four metres across. Maybe a lead pack in the first of the 7.5 laps might be a bit of a squeeze, but Bedford shows me just how far there is until the first bend and there’s plenty of time to get things a little sorted in terms of pecking order.

“At it’s narrowest it’s still well over the equivalent of three lanes on a track. Even a high speed 10,000m doesn’t often go outside of three lanes after the start.”

“Since one of the earlier editions we’ve taken out 31 bends. Compare our course to the London Marathon route in St. James Park and seven less turns than there, and only 10 more than a normal London Marathon. Plus it’s 20% flatter.” Wet and wild conditions on the looped London Marathon course this Autumn, but we still saw fast times for the men, who had better environmental conditions than the ladies. Kew Gardens will have less turns and more shelter than this course. Photo: Jon Super for Virgin Money London Marathon

One bend takes, another shoe gives

As we chat it’s also clear that we’re focusing on the one or two negatives in a situation, rather than the positives. “The course is really sheltered too, with big Redwoods protecting large parts from the wind and any rain, because, let’s face it, March in London could be any weather.”

Maybe we’re all getting a little too caught up on the advantages due to us as athletes, with all these fancy shoes taking minutes off our marathon times. Look at the fact that whilst the Olympic Marathon qualifying times are hard, they’ve not been adapted for the huge leap in times in the last shoe revolution.

There in lies an explanation though, with so many more people suddenly in touching distance of the qualifying times, more people are grasping for those extra seconds that might be lost to a tight bend.

Looking at the course Bedford is showing me, there’s really only one bend that might cause some problems. Even that one they’re looking at alternatives and the pros and cons of nipping across the grass on some mats. Then one has to consider the trip hazard and issues with rain if that option is taken instead. It’s hard to keep everyone happy.

So will it be fast enough for qualifying times? Tom Bedford is doing his best to make sure the course is as fast as possible, so if it isn’t then one might suggest looking inwards, rather than out for someone to blame.

The frustration for some athletes isn’t really with the course, but the confusion. Now we have a course we’re left wondering who’s going to be invited. You might suggest that those actually in with a shout of qualifying, given reasonable levels of improvement considered, will be confident they’ll get an email. But hopefully it’s sooner, rather than later for all involved.

“We’re trying to make sure that even in the worst case scenario with COVID, we can still have a race going ahead,” says the Run Richmond RD. “It’s a safe environment that we can keep spectators away from and make the best of in bad weather.”

Given the uncertainty around races in 2020 and 2021, having something solid to aim for has got to be appreciated. The annual Kew Gardens clog and Apron race for new students. Don’t get caught looking at the beautiful trees like the chap on the left Photo: Charlie Harpur

Rather than just take the race director’s opinion though, we spoke to another expert, ultra runner Charlie Harpur, who’s worked as a horticulturist at Kew Gardens and was British 100km Champ last year.

“It’s great to see the event being hosted at Kew” said Harpur. ‘They will run through some amazing sections: the Redwood Grove makes it feel like you’re running in California. The runners will pass by the Japanese garden, the mighty oak collection as well as two truly iconic glasshouses, and they will also start and finish along what are possibly the longest herbaceous borders in the world.”

What about the bends though Charlie? Is this the route you’d choose? “Actually when I did a lot of running around the gardens in the first lockdown this is mostly the route I chose, with a couple of variations that look smart. There’s a few bends but it’s all on the widest paths. It looks good to me.”

Whilst the Richmond Run fest does go outside of the Gardens, there is a running event that is entirely on the paths the Olympic Trial will be run on. As a former winner, Harpur has an insight from a performance angle too. Harpur collecting a not too shabby trophy for his historic clog and apron race victory.

“Every year the new students at Kew undergo an initiation of sorts.” said the green-fingered ultra runner. “We have to dress up in the traditional Victorian uniform of apron and clogs and race from Elizabeth Gate, along the boardwalk, around a hairpin bend and back.”

“There’s the odd slip or fall, but hopefully no one will be running the trials in a pair of clogs with metal soles.” Unless maybe Nike bring out a pair for the Christmas sales?

So there you have it. From a man who’s run extensively round the gardens, even raced there in a pair of clogs, it looks like the course itself is pretty darn speedy, the paths wide and the route beautiful enough to distract anyone who’s set off a little too quick.

Let’s see what athletes and coaches visiting the ground say in the days and weeks to come, but one things for sure. Tom Bedford and his team are doing their best to put on the fastest marathon trial they can in Kew Gardens and they’re not finished yet.

Will a Kew Gardens Marathon be fast enough?
Start fast: Get the best black Friday deals