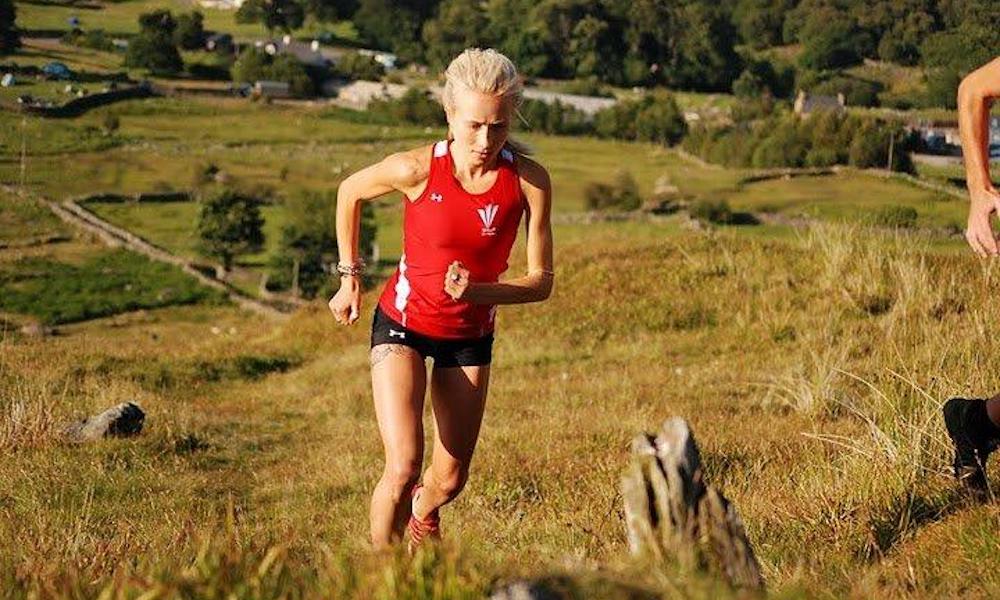 When running is intrinsically linked to your emotional well being, what happens when the sport you love is taken away?

Former Welsh mountain international Gina Paletta has been dealing with the consequences of long term injury for more than two and a half years.

The diminutive Cardiff AC athlete developed a stress fracture in June 2016, and, due to a number of medical complications, she has yet to lace up her trainers for a run since.

“I haven’t had a single pain-free day since then,” she says.

Paletta stresses what the sport means to her: “Running is such a huge part of my life – it makes me so happy, as have the people I’ve met, the places I’ve been, and the experiences I’ve had along the way.”

Now 28 years old, she is keen to give an insight into how she has coped with such adversity, and offers up some advice to other athletes who may also be struggling with long term injury.

Gina Paletta’s life as a top mountain and cross country athlete, in the UK and America

Paletta first burst onto the mountain running scene in 2008 when she made the U20 GB team for the World Mountain Running Trophy in Switzerland, placing a superb fifth overall on her international debut.

Competing for Wrexham AC as a junior, she went onto place sixth at the European Mountain Running Championships the following year in Austria, showing exciting promise for a successful senior career.

Maintaining a strong presence off road, Paletta placed fourth in the 2010 U20 Welsh cross country championships, before heading Stateside the following year with her then boyfriend, fellow Welsh international, Matt Clowes. Clowes is now her fiancé.

The pair competed on the National College Athletic Association circuit during their time working and studying in America, with Paletta enjoying success on both sides of the pond. The issue of Relative Energy Deficiency in Sport has been increasingly well documented in recent years.

Elite athletes including Bobby Clay and Jessica Piasecki and up and coming runners such as Rowan Preece and Anna Boniface have opened up about how under-fuelling has led to low bone density issues and subsequent stress fractures.

Paletta admits she also fell into that same trap. The stress fracture she has dealt with since 2016 is a direct consequence of RED-S.

“Unfortunately like so many others I got into a cycle of under-fuelling – this has meant I haven’t had a period for quite some years,” she reveals.

The 34:56 10,000m athlete has had to take drastic action to change deeply embedded habits, along with hormone treatment to deal with the effects of RED-S.

“Life is a fast running treadmill, but I’ve had no choice but to slow down and listen to my body,” she says. “I’ve had to take responsibility for my wellbeing instead of pushing it to the back of my mind.

“I’m currently on treatment to increase my levels of oestrogen, which involves oestrogen gel and progesterone tablets 1-10 days every month.”

It is Paletta’s revelation that, despite not having a period for years, her GP dismissed her concerns regarding her missing menstrual cycle that is truly worrying.

“When I first approached my GP about it I was told the lack of a menstrual cycle was normal for a distance runner!”, she reveals. “I was told it wouldn’t be an issue until I wanted children.

“Even when it was highlighted as a red flag for my overall health and bone density, I was left to my own devices.”

As a direct result of the medical professionals’ refusal to accept the serious nature of a lack of menstrual cycle, Paletta’s bone density fell to such a low level that that talus stress fracture became an almost inevitable outcome.

The subsequent avascular necrosis (death of bone tissue due to interruption of the blood supply) in the area should not have been inevitable, though, although it does serve to highlight once again the importance of a collaborative medical approach to athletes with or without RED-S.

“The avascular necrosis was due to my talus not being rescanned when I was discharged in 2016 or when I went back in 2017 with foot pain,” she explains. “An initial rescan to the joint might have had a somewhat more positive impact on the outcome.”

“When I first sustained the fracture, even just walking was painful and I’d have to brace myself before taking a step,” Paletta says as she describes the excruciating discomfort she was in. “The foot was constantly swollen and fat, and I had very limited mobility.”

The Welsh athlete has since been diagnosed with osteoporosis.

She has spent the last two years in and out of hospital, using air boots and mobility scooters to cope with the consequences of the fracture while trying to maintain a normal routine at work (at Welsh Judo) and life in general.

Happily, things seem to be improving – albeit agonisingly slowly – but she is appropriately taking one step at a time.

Surgery on the talus joint in October was followed up by a joyful hospital appointment last month when she was allowed to take the boot off.

Paletta now has to wait until January to find out if the surgery – which involved drilling the ankle, applying calcium paste and a bone graft – was a success.

She remains upbeat, however, despite having spent most of her mid-twenties in considerable pain and immobility.

Not an easy situation for anyone, but even less so for someone used to being extremely active and independent.

“I’m much better now I’m more mobile – even through this injury, life is sweet and I can’t complain,” she says in an impressively positive manner. “The talus is far better than it has been for the past two and a half years. I’ve seen real progress after an initial struggle to walk in the fortnight after the boot was taken off.

“Thanks to Matt working on it (Clowes is a trained sports therapist) and calming me down a bit it’s settled and I’m walking almost pain-free. Inevitably though, it’s very weak, after spending the majority of this year in a boot and on crutches.

“I’m now allowed to do some cross training for rehab purposes, but I’m not close to running yet.” Gina in racing action at the Trafford 10k

Lessons in staying positive while injured – routine, support and a joined up medical team

How on earth has this bright young thing managed to juggle a full time job in Cardiff alongside living in almost constant pain while staying so positive?

Taking control of the situation has been key, she says, alongside maintaining some semblance of normality.

“I’ve always loved to write, so when I was first taken out of the sport due to the fracture my morning sessions were replaced by writing,” she reveals. “It kept me in some kind of routine.

“My employers at Welsh Judo have been amazing too, so accommodating and supportive throughout. Having the right people around you to make you feel good is key too, as is coffee, and love!”

Crucially, Paletta has also rejoined forces with the renowned sports dietitian Renee McGregor in an attempt to rebuild her bone density and her health in general.

“Things are really coming on, but I still have a long way to go,” she adds. “I am also lucky to have an amazing sports doctor who is interested in me as a person – not just as an athlete.

“I can’t thank him enough, he’s really enabled the creation of a great team that works for me. This includes a gynaecologist, a surgeon and a physio.

“When I walk down the aisle next year I’ll definitely have my sports doctor to thank!”

Paletta has not allowed herself to even begin to think about when she can return to running on her beloved trails and mountains again.

For now she is simply concentrating on taking one step at a time and hoping those steps will be completely pain free soon.

“This has become more than an injury,” she says. “It’s been so long now, and had such a big impact on my daily life.

“It’s really helpful that a lot more people are highlighting the issue of RED-S, reminding people not to ignore the signs so they don’t end up in a situation like mine.

“There are some positive signs in terms of my own health, with resting and the treatment I’m on, but there’s still a long way to go. I really hope I can get back on the mountains one day.”

How I train: Mick Clohisey
Jess Piasecki is back on form with a strong message for athletes