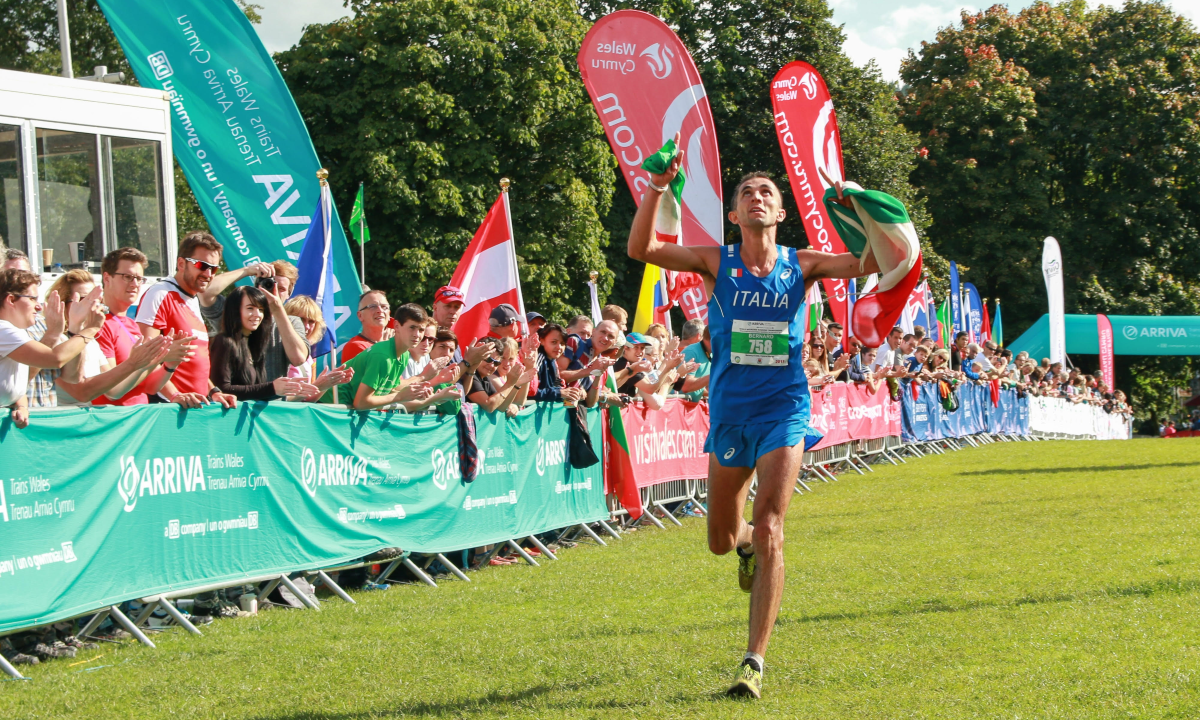 The 44th edition of the famous race will host the fourth round in the 2019 WMRA Mountain Running World Cup which began at Annecy in May and culminates in Ljubljana in October.

The 10 mile race uses an out and back route that leaves Wales’ outdoor capital Llanberis before scaling the highest Mountain in England and Wales and returning to finish in Padarn Park.

The race will host the usual International competition which in 2019 features teams from; England, Ireland, Itay, Malta, Northern Ireland, RAF, Scotland and Wales. There will also be a selection of International athletes looking to claim valuable WMRA World Cup points in the open race.

Italy have a great history at the event and will be stronger than ever this year, led by twins Bernard and Martin Dematteis. Both secured Gold Team medals at the 2015 WMRA World Mountain Running Championships at Betws Y Coed with Bernard also claiming individual Silver.

England will be represented by the relatively unkown quartet of Dan Haworth, Michael Cayton, Billy Cartwright and Joe Baxter. Zak Hanna leads the Irish challenge, hoping to improve on a previous best performance in seventh.

Mark Hopkinson will lead the Welsh team following a win at the iconic Cader Idris race in May. Russell Bentley is a notable member of the Welsh team and is a twice winner at the nearby Snowdonia Marathon Eryri.

Andrew Douglas is a great addition to the race, running for the Scotland team. He is the current leader of the WMRA World Cup and the outright winner in the second round at the Broken Arrow Skyrace in Olympic Valley, California. The Caithness man was one of five Scottish athletes in the great Britain and Northern Ireland Team in Switzerland and a member of the winning team in the senior men’s race. The 2018 women’s race saw the first Welsh winner in 29 years with Bronwen Jenkinson storming to victory ahead of Miranda Grant. There is unlikely to be a local winner this time however with Bronwen absent due to injury.

Sarah McCormack has won the Snowdon race twice in the past and will lead the team from the Republic of Ireland on Saturday. Her recent form includes a top 20 placing at the European Mountain running championships earlier this month. McCormack is also the current leader in the WMRA World Cup following the third race in Heiligenblut, Austria last weekend.

Elisa Sortini is the sole Italian athlete in the women’s race but knows the mountain well thanks to a fourth place finish in 2015. Sortini will be riding a wave following a fifth spot at the European Championships that saw her lead her team to victory.

Hatti Archer is a former International on the track and at Cross Country and is now an accomplished Mountain Runner. She will be joined in the England team by Kelli Roberts and 2015 third placer Katie Walshaw. Youngster Jemima Elgood completes the England team line up.

Emma Clayton is a high profile English athlete that will not be in their team but is likely to feature during a comeback where she looks to recapture the fitness that saw her claim a Bronze medal at the 2015 WMRA World Championships in neighbouring county, Conwy.

Miranda Grant will hope to improve on her runner-up spot from 12 months ago whilst leading the Scottish team. Katie Beecher, Elliw Haf and Gemma Moore will race for the hosts Wales. Lucy Wambui of Kenya is a big name in Mountain Running and will be a huge race favourite on Saturday. The Kenyan athlete is the reigning WMRA World Champion and was also the 2017 winner. She claimed victory at the season opener in the French Alps earlier this summer.

Lucie Marsanova of the Czech Republic and Claire Chatterton of New Zealand will add further International flavour in the women’s contest.