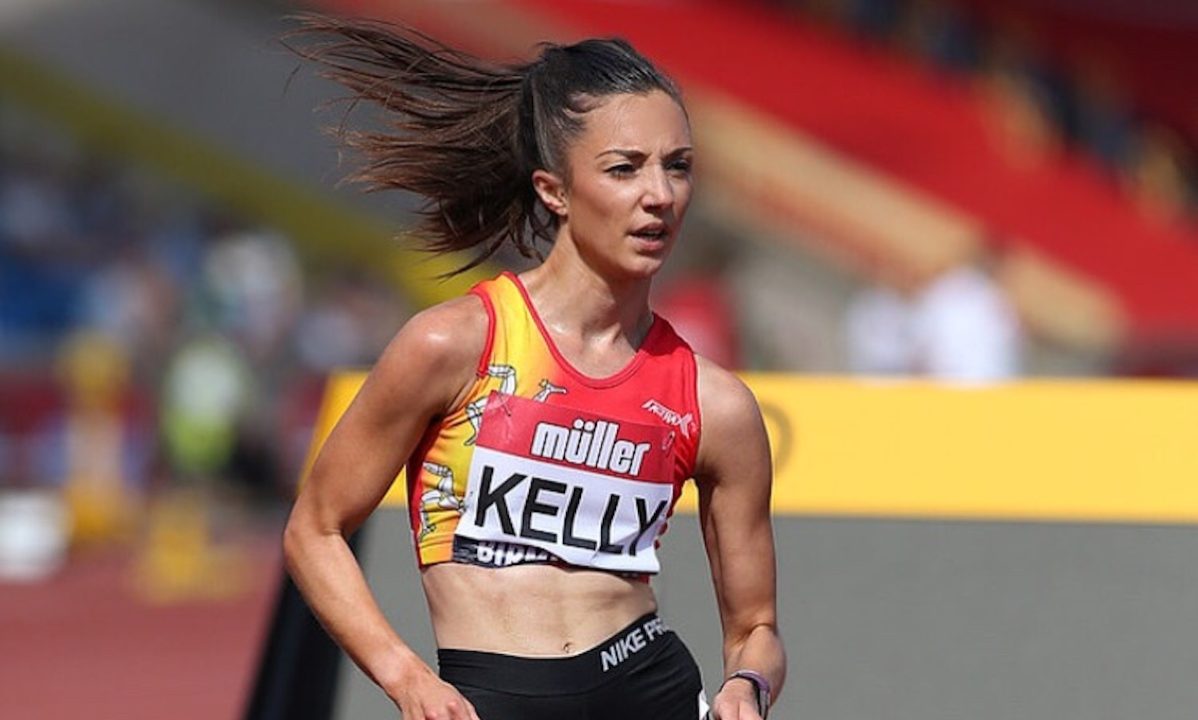 In this edition of her Fast10 journey, Erika Kelly looks back on one of the big achievements in her young career so far, qualifying for the 2018 Commonwealth Games.

Never did I think the Commonwealth Games was within my reach. Growing up, I was pretty average across a lot of sports, not standing out in anything particular.

With dwindling eyesight, these options – particularly team sports like Netball and Hockey – became pretty impossible. Finding racewalking back in 2015, after a number of years out of sport in order to focus on passing my A-levels, was just a case of trying out something different – simply because I enjoyed a challenge.

I joined a small racewalking group after a few months of trying it. I was very much at the back of the group, slow, and struggling to keep up in speed sessions, battling with all the aches and pains that come with the technique.

Typical, average Erika. It took a lot of courage to enter my first 10km race, a local event, crossing the line in 33rd in a time of 72:05. I actually hated every single minute of it, and went straight back to running XC and some road races.

It was six months before I entered another walking race after seeing some improvements in training – this time, a 5000m event on the track, in which very surprisingly, I finished 1st female (2nd overall) in 30:13. Ok. Progress.

Challenging myself became the focus

I began to see this as a more of a game, a way in which I could challenge myself… “How fast can you go next time?”

Determined to get under the *MAGIC* 60-minute mark, I kept ploughing away in training, slowly learning that it was ok to hurt in training, for my lungs to feel on fire, and to have a heart rate of >190bpm. I’d never pushed these sorts of boundaries before – essentially fearful of being in pain, but they helped me to realise I was capable of so much more.

Completing that race took me right back to the first 10km a little over 12 months earlier – I HATED IT.

I looked for every excuse I could to justify the sub-par performance… “It was hilly!” “It was windy!” “The turns were so tight.” In reality, I was simply a complete and utter novice, alien to the event I had just tried to race in. We all have to start somewhere.

Only one other 20km race happened that year, with minor improvements, and I remember someone I very much admired, passing comment – “You’ll not get to the 2018 Commonwealth Games.”

Stunned and completely taken aback, I knew the Commonwealth Games was never something I had remotely thought about striving for. But those words stuck with me, and lit the fire in my belly, which I’d never experienced before.

The drive to prove them wrong

Whilst ridiculously wound up and determined, I initially had to take a step back to undergo a second corneal eye transplant, scheduled for the beginning of May 2016. But following this, I started to work hard, in secret, too scared to admit my ambition of targeting the Commonwealth – more so, for fear of ridicule that this goal was wayyyyy above me.

However, the harder I worked, the more I started to see the results, and the confidence was slowly starting to build – there was a real chance I could do this.

Taking a leap of faith…to Leeds

After months of contemplation, weighing up the pros and cons, I decided to use my savings, pack up my bags, and move to Leeds for three months, to focus on training as a full-time athlete, whilst completing my degree.

The determination to get a spot on the Commonwealth team was real. It still seemed super ambitious, but I wanted to give myself the best shot at going for it, and felt that the racewalking set up in Leeds was the way towards achieving that.

Stepping away from home comforts

I’d never lived away from home before, and my training had mainly consisted of covering ~35km a week.

This move to Leeds saw huge changes… my mileage almost tripled; S&C with my IOM-based coach Andy got more challenging, and I got quicker. Nine weeks (and one year on from my 20km debut) of pushing the boundaries, week in, week out, led to THE RACE I had been aiming for – The RWA 20km Championships in Roundhay Park.

I went for it like I’d never gone for anything before. The laps ticked off one by one, and with 5km to go, I found myself in a good place, knowing I was within the standard. The feeling can’t be described, but I DID IT – 1:41:27!

Upon returning back home to the Isle of Man, and the normalities of working in finance, and studying, I knew I had to find a routine which ensured that the hard work was maintained.

Thankfully, I managed to secure some flexible working hours, and the longer lie-ins were sacrificed for early morning training sessions. It paid off… in September 2017, I backed up my performance in Leeds with another sub-1:42:00 performance.

On 2nd January 2018, I found out that I had been selected to represent the Isle of Man at the 2018 Commonwealth Games. Never let anyone convince you that you can’t achieve something.

How some of the best rest
Mind games