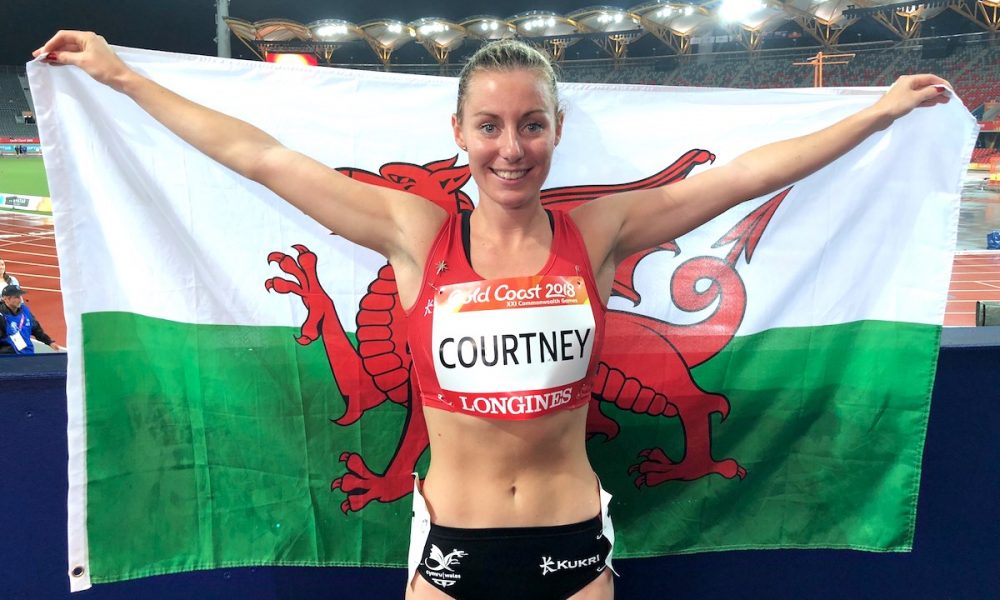 International athletes Chris O’Hare and Melissa Courtney won in fast times at the Westminster Mile, while there were marathons in Edinburgh and Liverpool as well as half marathons there and in Kirkbride, with great 10k races in Birmingham, Kirkmichael, Worcester, Folkestone and more!

Edinburgh’s Chris O’Hare may have been some way off his 3:52 PB clocked in New York two years ago, but his win in the elite Westminster Mile race in 4:00 was still a great spectacle to behold.

O’Hare took the title in a fiercely fought battle to the line with young Jonathan Davies, who was given the same time in second.  Elliott Giles was rewarded with a third spot in 4:01 after doing much of the early work.

Poole AC’s track ace Melissa Courtney was an exciting winner of the women’s race in an impressive 4:31. It was a similarly tight race to the line here with Sarah McDonald (who was given the same time), the pair both beating the firm favourite Laura Muir (4:32) into third in a great event for all supporting.

Super vet Anthony Whiteman won the Olympian Mile men’s race in a record time of 5 minutes flat, while Alyson Dixon followed up her win in the Master’s Mile with a fast win in this race too – less than 10 minutes later!

Running more than 13 times as far were competitors taking on the Edinburgh Half Marathon on Sunday (May 26).

Molly Browne won the women’s race in 78:23 from Sarah Potter’s 78:48, while Jo Williams took third in 79:23. Making it a brilliantly competitive race was fourth placed Georgia Wood with a 80:46 result and a PB to boot!

The Kenyan beat off highly successful fancy dress racer, South London’s Ollie Garrod. Garrod ran 2:32:10 to finish five minutes shy of his PB, but the ultra running, prolific parkrun fanatic will surely still be pleased with a top prize in this prestigious event.

The women’s winner was PB queen Mel Wilkins from Winchester AC, the 76 minute half marathon runner taking victory in a huge lifetime best of 2:42:56 – a 35 minute improvement on her 2014 time! Fife’s Megan Crawford was a fine second in 2:54:02, while Cardiff’s Carys Hughes clocked an impressive marathon debut of 2:54:07 in third. Birchfield Harriers’ Chloe Richardson took the women’s title in 34:56 from Liverpool Pembroke & Sefton’s Kirsty Longley, who ran a strong 36:24 for the runner’s up prize.

Jo Pavey followed up her win at the City of Gloucester 10k last weekend with another podium position here, this time clocking a 36:50 result.

An impressive sixth overall in the women’s race went to the incredible 48 year-old Caroline Hoyte from Arena 80, the top veteran clocking a superb 37:13.

The Liverpool Run Rock ’n’ Roll Festival hosted a top class marathon and half marathon on Sunday (May 26).

Marie Baxter won the women’s Liverpool Half Marathon in 86:32 from Megan McBrien’s 88:10. Vicky Unsworth’s 89:15 was good enough for third.

Tom Bains won the men’s race in 70:47 from Pablo Garcia Ruano’s 71:32 for second. Arturo Quijada Gonzalez was third in 71:34 making it a hugely exciting finish for spectators!

The Liverpool Marathon women’s race was won by Radka Churanova in 2:54:40 from Helen Mulhall’s 2:58:55 for second. Anna Bracegirdle’s 2:59:27 earned her that coveted sub-3 hour marathon and third place.

Ben Russell was the men’s winner in 2:32:57, earning him a comfortable margin from second placed Kevin Quinn, who ran 2:36:10. Impressively, Quinn ran 2:28:08 in London less than four weeks earlier!

The men’s runner up was V40 Ademar Do-Nascimento Ferreira-Junior (perhaps the longest name we’ve had to type in the history of our race reports!), who finished in 35:54, with Luke Heaviside third in 37:37.

The Kirkmichael 10k in Kirkmichael, Ayrshire in Scotland saw wins for Ayr Seaforth AC’s Ken Neill (34:23) and his club mate Toni McIntosh, who finished a fantastic third overall in 38:25.

Splitting the two was Kilmarnock Harriers’ John Speirs in 38:19, while Ayr Seaforth’s John Ross was third male in 38:33.

The second woman across the line was Kilmarnock’s Jacqueline McConnell in 47:44, with club mate Amanda Bryden third in 51 minutes dead.

The Worcester Pitchcroft 10k was a happy prize hunting ground for Gosport RR’s Ben Toye in 32:52 and Tipton Harriers’ Lynne Hill, who clocked 38:50.

The second lady across the line was Leamington C&AC’s Sue Harrison, the V45 running 40:08, while Simone Jones of Halesowen AC was third female in 40:41.

The Folkstone Coastal 10k titles went to South Kent Harriers’ Tom Millard (34:06) and Becky Morrish, who ran 40:19 for the win.

The men’s runner up was Springfield Striders’ James Sullivan, who clocked 34:21, with Folkstone RC’s Dan Voller third in 35:40.

The women’s runner up was Ashford’s Briony Walsh in 41:33, while Ashford & District’s Becky Macey took third in 43:58.

DH Runners dominated the Kirkbride Half Marathon men’s podium, with the club’s athletes filling three of the top four positions!

Jake Wightman and Philippa Williams were the UK’s quickest parkrunners this weekend! Find out what times they ran and who else made the top 10 here.