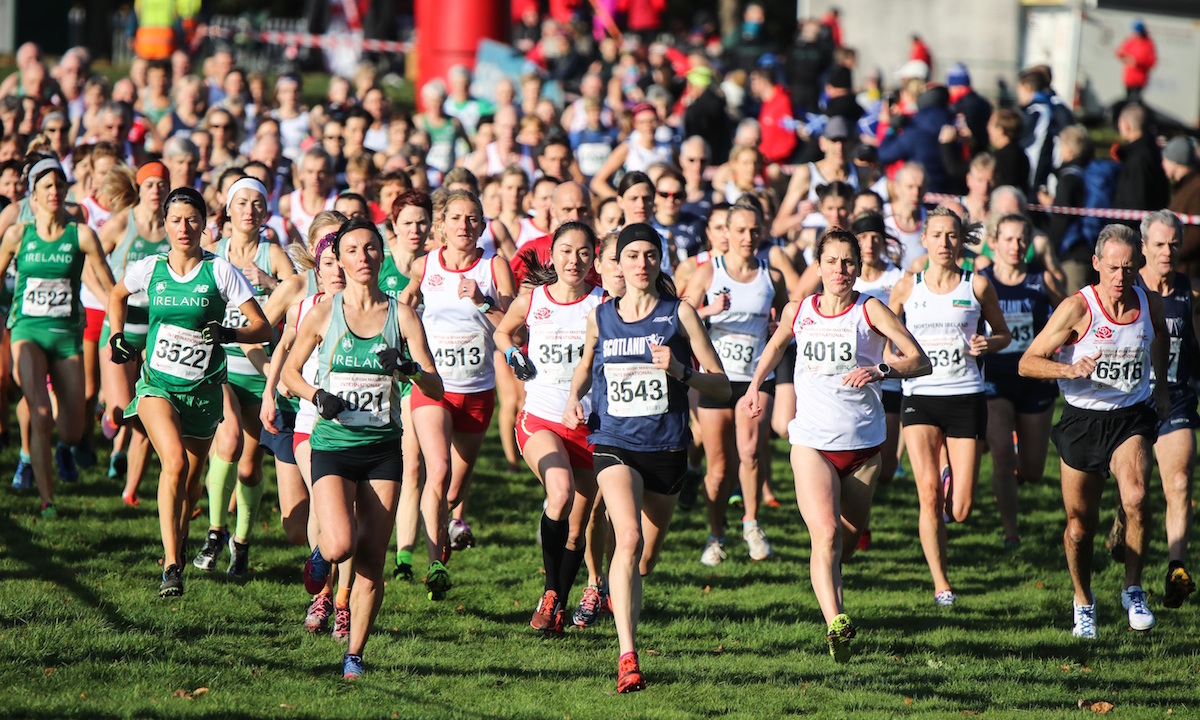 Mark McKinstry and Michelle Sandison among winners in Swansea.

There were race winners from each of the Home Nations at the 31st British and Irish Masters Cross Country International on Saturday (November 17).

The event hosted by Wales and held in Swansea used a similar course at Singleton Park to the one used for the Welsh Cross Country Championships held earlier this year in February.

It was in Wales back in 1988 that the inaugural match was held at Wrexham and we had several athletes in action today who had competed at that first event.

The first race of the day was for the women’s categories and men’s over 65s where Teresa Doherty made the trip for Ireland count with outright race victory and a W40 title. Scotland’s Michelle Sandison was the third athlete home and the W35 winner.

Wales’ Alan Davies was a popular local winner in the M65 age-group with multiple previous winner Nigel Gates second. Gates made a welcome return to the event where he last took victory in 2004 after dabbling with Triathlon.

The sun continued to shine as the M50 through to M60 categories got their turn to do battle in the second race of the day.

Despite three athletes contesting most of the 8,000m course together, it was England’s Tim Hartley that took top honours for England with a M50 victory 10 years on from taking the M40 title at the same venue.

The final international race of the day saw Mark McKinstry take the M35 title with the largest race winning margin of the day by some way. The Northern Ireland man led from start to finish with his lead steadily growing throughout the 8,000m route of Singleton Park. “I knew I was in great shape coming into this race, I’m in the shape of my life,” said McKinstry afterwards. “I knew that the Welsh lad was a good athlete so I needed to keep an eye on him. When I started to pull away, I knew it was looking good.

“It was a great course and I really enjoyed it. My major aim for the season will be to get selected for the Northern Ireland senior team at the IAAF International at Dundonald, Northern Ireland in January.”

Phil Matthews was the Welshman that Mckinstry had feared and hung on for second place on the course where he’d taken the silver medal at the Welsh Cross Country Championships in February.

England did enough to take the M35 team title from Ireland, who had won it 12 months ago in Derry and overall won a superb 16 team golds.

Some results were unavailable at the time of publishing but the report will be updated in due course.