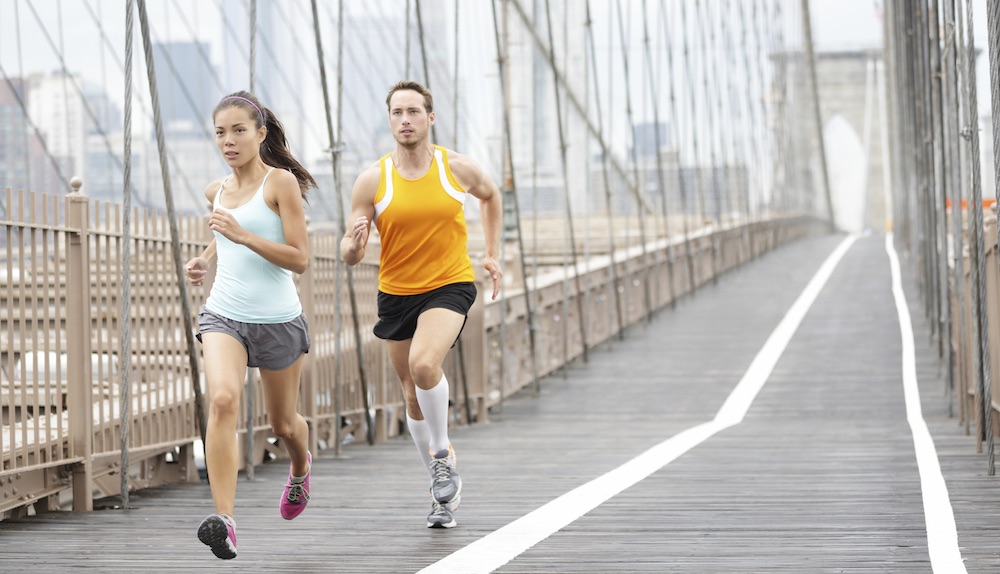 A tempo run, also known as a lactate threshold run, trains your body to maintain a fast pace for a longer period of time. All runners from 3K to marathon runners will benefit from adding this running session to their training plan.

During a tempo run the most popular pace is defined as ‘comfortably hard’ – this is a pace which is faster than moderate but not too hard that you can’t maintain it beyond one hour of running.

The next variation would be to run at your 10K pace, but if you are fairly new to running or are not running more than 30 miles a week, begin with the ‘comfortably hard’ pace. Lastly, if you train by your heart rate aim to stay in the range of 85-90% of your maximum heart rate.

Tempo runs will increase your lactate threshold – this is the point where lactic acid (a by-product of the body’s metabolisation of glucose) begins to build up in your muscles, you usually feel a burn in your legs when you hit this point, and it leads to fatigue and soreness.

Performed correctly in training over a period of time this will result in enabling the body to more efficiently flush out the lactate build up, delaying or preventing muscle fatigue and soreness. Meaning you will be able to run farther at a faster pace without suffering muscle fatigue.

Additionally, tempo runs can increase a runner’s ability to take in oxygen, know as your VO2Max, and put it to use to make energy in the muscles.

The traditional tempo run that most runners do includes one block of running at tempo pace, with a warm up and cool down either side of it.

The block of running at tempo pace can range between 20 to 40 minutes and be three to five mile in distance. This is a sustained effort, so there is no recovery period during it. Don’t exceed 40 minutes at tempo pace as this borders on race effort and you want to avoid this.

Before this block of sustained effort, begin with a 15-minute warm-up, running at easy pace and include some dynamic stretches.

After this block of running at tempo pace cool down with 15 minutes of easy running.

Runners who haven’t performed a tempo run before or if you are just back from an injury should begin with a block of running at tempo pace of 10 to 20 minutes before increasing this gradually with every tempo run.