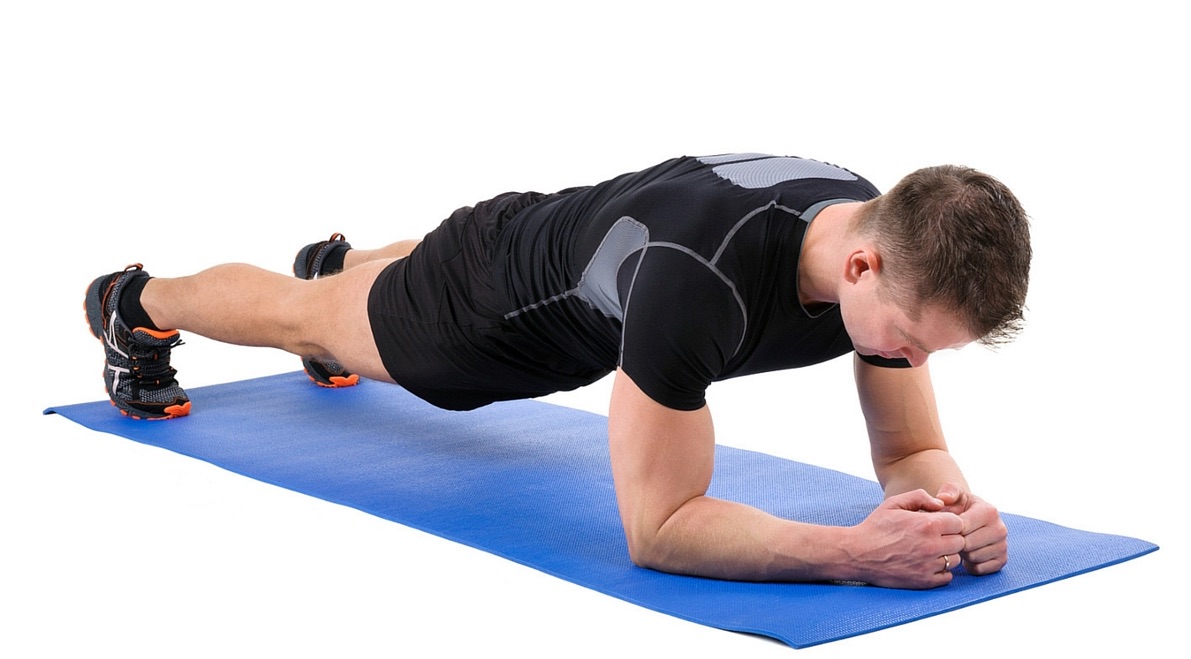 A runner’s core muscles, which includes almost all muscles outside of your legs and arms, work together to keep the torso solid, to help support your stability and form throughout a run.

While traditional weightlifting exercises such as deadlifts and weighted squats all help to develop a strong core, there are a number of exercises that require no weights that equally match up, including the humble plank.

Through a variety of plank exercises performed regularly, you will engage and strengthen your glutes, hips, abdominal muscles, internal and external obliques, pelvic floor, and lower back muscles.

To fully benefit and strengthen the aforementioned muscles its important that you focus on performing each plank exercise with good technique and form.

Six plank variations are outlined below and to perform them effectively and safely follow these best practices.

Once you become more experienced with the different variations try combining them all into one 15 minute circuit spending one minute at a time on each exercise. Aim to compete with no recovery between exercises, but taking a short rest when needed.

Lie facedown with your legs extended and your forearms on the floor. Your elbows should be bent and in line with your shoulders.

Engage your abdominal muscles, lifting your hips to maintain a straight line from head to feet.

Side Plank Thread Through 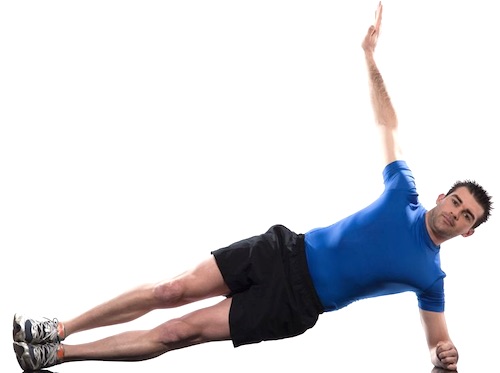 Begin by lying on your side with your legs together, before pushing up on your elbow and forearm.

Lift your hips until your keeping a straight line from head to feet, then lift your arm towards the ceiling. Once in this position, lower your arm, threading it through the gap between your side and the floor, twisting your upper body in the movement. Hold for three seconds, then return to the original position.

Spiderman Plank
From a standard plank, pull one knee toward your elbow without altering the position of your upper torso, hold for a second and then push your foot back to the starting position.

Repeat the exercise with your other knee and try to avoid your foot touching the floor the floor.

Up and Down Plank

Beginning in standard plank position, and push up against the floor so both arms are extended straight. Try to keep your elbows slightly bent to avoid locking your arms.

Return to a standard plank position slowly by lowering yourself down one to one forearm at a time.

Now perform the same steps with your other leg, again holding for two-three seconds.

Two point plank
Begin in standard plank position, and simultaneously lift and extend one arm and the opposite leg without allowing the body to rotate.

Engage your abdominal muscles throughout this exercise and aim to maintain alinement with your back, shoulders and the floor.