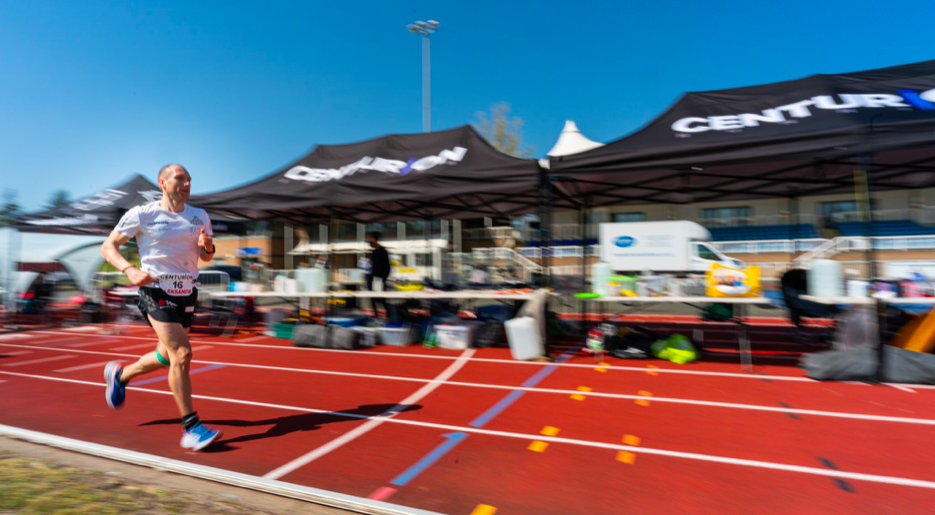 Aleksandr Sorokin of Lithuania has obliterated the world 24hr running record in Poland with 309.4km run in one day.

Running some controlled at the Centurion Track 100 event in Ashford, Kent in the UK, it felt like the 300km mark could be troubled, but no one predicted such a huge distance, except maybe the smiling casino worker from Vilnius himself.

Changing the game for everyone

At the UltraPark weekend in Poland, both Sorokin and second placed Andrii Tkachuk of Ukraine were on world record pace for most of the day. It seems the Ukrainian will have to settle for less than 300km with ~296km (the live timings only give complete laps), which is still one of the best 24hr results of all time and a National record.

The tarmac loop in a park in Bieg, Poland, saw perfect weather conditions and a race between two world class competitors bring the best out of each other.

Over the last six years Sorokin has worked his way to the top of the international 24hr game, with his fast starting, never-say-die attitude and in more recent years it started to pay dividends. 2019 was his breakout performance with 278.972km at Albi, France to take the world championship.

Last year in August, at the same UltraPark event in Poland, Sorokin ran an excellent 6:43:13 for 100km. It seemed that the 100 mile record would be under threat in early 2021 at the Centurion Running event.

A weekend to remember

On a weekend when the ultra-running world will be focused on Chamonix, France, for Francois d’Haene’s fourth and Courtney Dauwalter’s second victories around the Ultra Trail de Mont Blanc loop, potentially the best performance  in the history of ultra-running might not pick up much noise, but it deserves to.

Showing metronomic pacing from the start of the event, just like for the 100 mile and 12 hour efforts, the Lithuanian was ticking around the 1.725km loop comfortably under 8 minutes. Laps of 7:45-55 were the norm.

Towards the later stages, there was barely any slow down at all with laps still in the 8:10-15 range, despite 23 previous hours of running the same pace.

Sorokin has simply rewritten what is possible within the 24hr running world. Breaking the record that Yiannis Kouros described as a total that would stand for a century. Less than 25 years later, that mark has been broken.

Some will mention the new age of carbon plated shoes, but it’s not just as simple as doing the training, putting on the shoes and running for 24 hours. Amongst other factors, nutrition and mindset need to be perfect too. It takes years of building up to such a performance.

Bravo Aleksandr, that was amazing.

More will be added as information reaches us from Poland….

UTMB race halted for runner death
Into the big hills