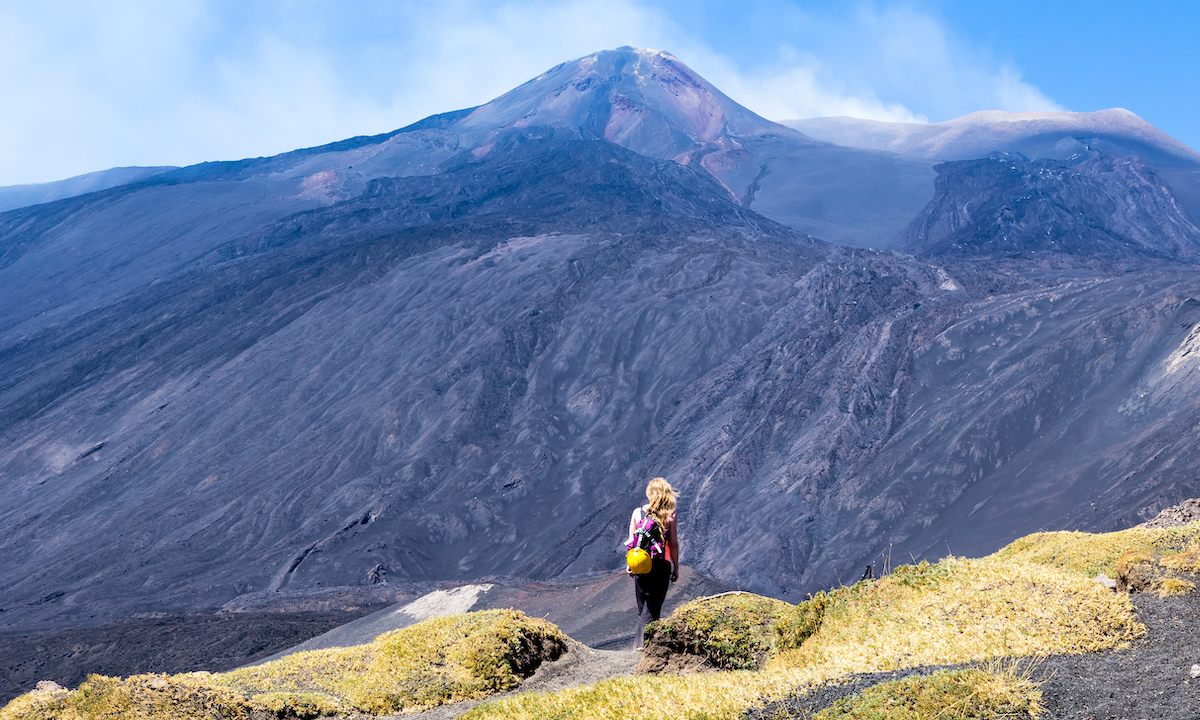 A new race is coming to Sicily and Fast Running spoke with founder Giorgio Cambiano about the inspiration behind a 500km adventure on the largest island in the Mediterranean Sea.

“The Cursa di Ciclopi is a project born from the heart and passion of a group of athletes who love running in nature and their land,” the enthusiastic Sicilian tells us.

Having three times ran the mythical Tor des Geants in the Aosta Valley in northern Italy, Cambiano wanted to “bring the same sensations to Sicily by adding the natural, historical and artistic wonders and the variety of landscapes that only Sicily can give.”

For those who have yet to visit Sicily, the island formed in the shadow of the active volcano Etna is one like no other. I have twice cycled across the island in the final stages of the Two Volcano Sprint bicycle race. Upon seeing the route of the new race, there are common points that both pass. Memories flood back of adventure and the desire to go again grows strong. The wonders of Sicily

The geography of the island is simply stunning. Often the dominating feature on the skyline is Etna, but the 3357m volcanic giant isn’t the only attraction. The volcanic landscape is other-worldly in it’s beauty.

For race director Cambiano “the passage over the Argimusco plateau is magical, a place unknown to most, but which seems to have come out of the world of fairy tales. With its characteristic shaped natural megaliths, the view of Etna on one side and the Aeolian islands on the other, it will surprise many.”

Is that the only favourite section? “No! The arrival towards the Tyrrhenian Sea, with the Marina di Capo d’Orlando seen from above and the Aeolian Islands getting closer and closer, is also a fascinating passage.” But even then you haven’t even started to consider the historical and architectural beauties of each and every village that is visited along the way.

“Another memorable memory will be that of passing in front of the ‘Window on the Sea’ or the ‘Pyramid of the 38th Parallel’, two of the phenomenal works of art installed by the “Atellier del mare”.

In short, the runner is spoilt for choice. “I am sure I have forgotten dozens of passages that will remain impressed on many participants!” Wonderful view of Etna and Gangi seen from Petralia Soprana

“In reality, the trail movement in Sicily is relatively young. The first to make them known was Aldo Siragusa, whose Ecotrail Sicilia circuit proposes a dozen or so high quality races each year. Organised in the parks and reserves of Sicily, they have varied lengths and difficulties. Ranging from the challenging, and very popular with overseas athletes, Trail dello Zingaro, of 33 km and 2300 m D+/- to ultra trails, such as the GTE (60 km) on Mount Etna, the Pantelleria Trail of 50 km or the Trail dei Nebrodi of 66 km and 2850 m D+/-.”

“The route for CdC came about after thousands of hours of effort. First linking together on a PC the possible paths to be followed, and then going physically on site to verify in person the viability of the route.”

Given that a huge part of the Tor des Geants is the community and local volunteers it is great to hear that “there was then a lot of contact with local realities to determine the available check-point. We will try to offer the best in terms of safety and hospitality to all the participants.” So does that mean Sicilian food at the life-bases?

“Yes! We would really like to offer the opportunity to taste, from checkpoint to checkpoint, the various local specialities.”

For many (read, me) this is the main reason to visit the Italian island, the arancini (and more).

Each area of Sicily is characterised by different culinary specialities and local zero-kilometre products. The race would really like every town it passes through to have the opportunity to make their delicacies known. This aims to make everyone aware of the individuality of Sicily.

For those wanting a list of some the great possibilities, “certainly arancini, but also sfoglios, manna, granitas, pistachios, almonds, hazelnuts, cheeses, salame, baked pasta, along with the normal foods, at the various refreshments.”

The dates of the Cursa di Ciclopi in 2023 are from 22 to 29 April. Spring was chosen because it is the most suitable season for running in Sicily. “The temperature is already warm, but it is never too hot,” Cambiano tells us. “The air is clear and crisp, the fields are green and you can enjoy nature at its best.”

Bad weather may also occur, but it is unlikely to be really cold. A true adventure is never without some risk and the weather can never be guaranteed. Some caution must be considered for the night time running and for the high mountain passages. Between the highest peaks of the Madonie (Pizzo Carbonara at 1979 m), the Nebrodi (Monte Soro at 1834 m) and, of course, when you reach up to 2818 m on Mount Etna. Panorama of the belltower and the village in the valley at early sunrise. Mountain village Novara di Sicilia, Sicily, Italy

The goal of the event, quite clearly, is to offer those who participate an unforgettable experience. One that is worth living, one that you will carry with you forever.

“We are aware that the Cursa di Ciclopi will not be possible for everyone,” says the founder. “Due to the sporting difficulty of the undertaking, but also the size of the event in terms of time.”

At €1380 Euros it might not be cheap, but the value is high. There is 510 km of racing with a positive gain of approx. 20,500m, crossing the territory of 50 municipalities, starting and finishing in Cefalù. It is a huge logistical event.

On the route there are refreshment points at varying distances (from 3km to around 18 km apart). Then the eight “Life-Bases”, with hot meals, hot showers and a bed to sleep in. A drop bag is carried between life-bases so the runner can have their own support when it is needed most. These are really integral in making a 500km race possible for any athlete. Come to the island and judge for yourselves

Cambiano, is also the Regional Ambassador of parkrun in Italy and brought the first one to the country in 2015. Everyone “must understand that we are putting our souls into creating an event that is unique in the world. Trust that we are creating a special event. Wait until after to judge how great the race will be.”

“We hope for numerous athletes, from all over the world. The idea is for all to come together in Sicily and, after the April race, the area will be much better known and appreciated than it is now. We look forward to seeing you there.”

For more information please visit the race’s website here and look out for more articles on Fast Running focusing on the exciting new race that could become a Monument in the world of ultra-trail.