Have you got the fight? 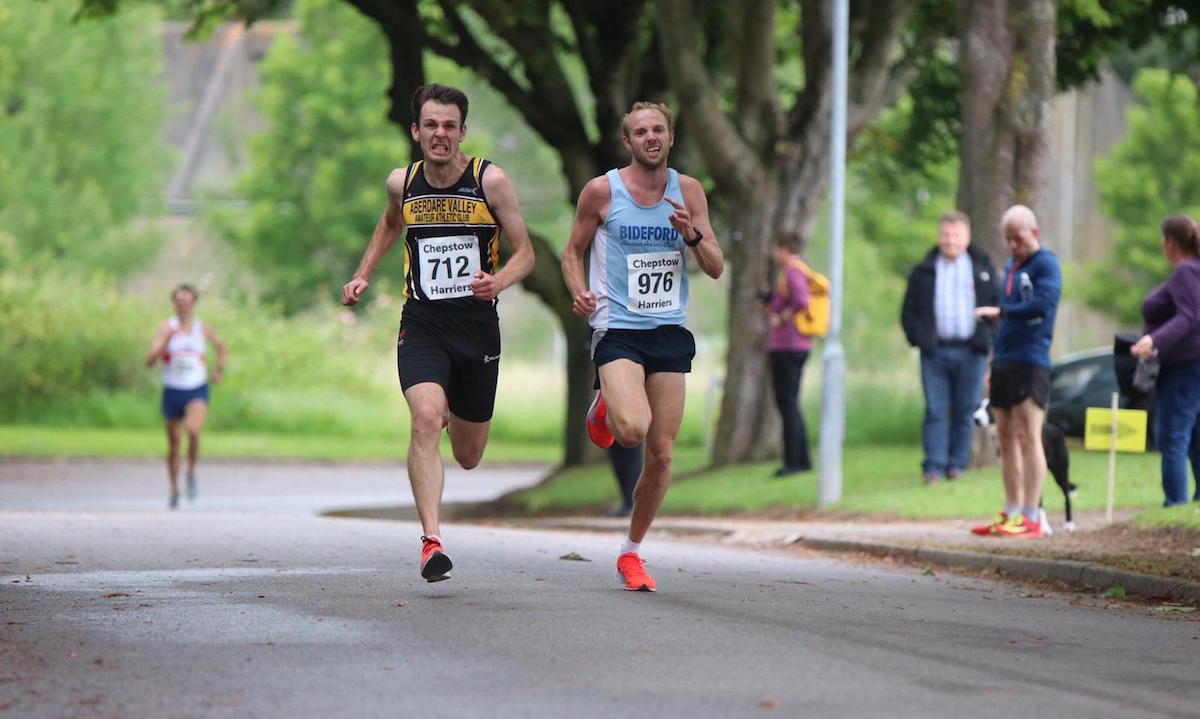 A perfect race is a rare thing, no matter how well we train and plan, but do you plan to fight against the odds?

Those rare days where everything seems to flow like clockwork and nothing can go wrong. It’s a great feeling every now and again to have the race of your life and come away with a PB, but a greater measure of a runner is if they can run well when everything goes wrong.

As an ultra runner I’m used to problems. Even the best results have their ups and downs, but these can make the result even more satisfying.

Racing the Wicklow Way 127km recently it all looked plain along from the outside. At every checkpoint until halfway I was either just ahead of or with second placed Gavin Byrne. It seemed very much in control for those watching the trackers. Yet from very early on my stomach had other ideas.

Probably due to attempting to take on too much liquid in the first couple of hours when the cool conditions meant there wasn’t much sweating going on, but let’s just say I had to hide behind a few stone walls whilst Gav repeatedly overtook.

As the race continued I wondered if eventually my stomach would leave me weak, but I kept eating and drinking, keeping pitstops a short as possible. For some reason this extra personal battle was giving me extra strength, not less.

There are many reasons people excel at running races, normally down to them being fast. I know I’m pretty quick (for an ultra runner) but that isn’t why I do well. It’s down to dealing with problems. Coping with adversity, even enjoying it.

We all know great runners at our club or local races that have so much potential, but cannot hold it together when the going gets tough. Their coping skills are not a strong point.

The fight inside is part nature, but it’s also nurture too. many fast athletes have never had to fight in their early careers. They are used to being clear winners, arms aloft and smiling for the cameras crossing the finishing line. It has made some of them weak.

Fionnula McCormack is a great example, fighting at the Euro and World Cross Country for year after year. Working hard against faster runners and building that fight that makes her such an exciting prospect over the marathon distance. Speedway 10k race director James Blore, where the featured sprint finish photo is from, was surprised that “over 10% of the field dropped out of the two lap course. It wasn’t crap weather, or a mega hard ultra race, but a different type of suffering chasing a PB.

“People want flat and fast courses with good quality fields that will enable them to run fast. As a race organiser that loves athletics it’s simply about giving them that opportunity – but ultimately it’s up to them if they take it.”

Fighting for position, for a prize, for a time, are all important in developing a runner. You can learn a hell of a lot in the second half of a tough 5 or 10k race, let alone the marathon and longer. Ultimately working on the skills that keep you going forward when those around you seem stronger, when your legs are going through treacle. That is why it delights me to see the likes of Patrick Dever and Emile Cairess fighting for the finish in BUCS cross county. For the victor the spoils, but for the defeated, the fire. Both lads clearly have a huge amount of ability, but it is nothing without hard work. They have each other to thank for future successes.

Some see strong competition as a negative. They like to win, it builds their confidence, but confidence is fragile if not hard fought.

The harder you work to achieve something, the greater the confidence it can provide. The strength in British distance running is growing and the competition, such as the strong women’s field at the Vitality 10,000 and the Nights of the 10,000m PB’s, will only make our athletes more resilient.

Back in the 80’s it was Coe, Ovett and Cram, alongside a huge chasing pack of British athletes, that meant no one was invincible. Athletes worked hard and still fastest defeat, but it made them stronger for the next time.

Not just in racing, but in training too. Those solitary efforts on a country lane or a windy track might be the practice needed to dig deep when the big stage beckons. Practice driving for the line within your mind, controlling the narrative in your own mental arena so that you can attempt todo the same on race day.

Some of you reading this may relate. You know your strength comes with coping well when it hurts and pushing forwards. Other may recognise the feeling of it all slipping away when things go wrong. All of us can improve.

Mental skills are just that. Skills. They can be learned and improved. Techniques such as self talk, visualisation and goal setting can all be practiced during training and races. Research has shown that all can improve performance and all can be improved.

You might think talking to yourself is reserved for those haring voices, but it doesn’t have to be shouting “COME ON ROBBIE, YOU CAN DO THIS” to yourself as you run through the local park, especially if you’re not called Robbie.

An inner monologue, urging yourself forward, believing you, will help you keep pushing. you can shout out loud if you want to, it’ll probably help even more. Certainly during long ultras I have given myself a talking to, even in the Valencia marathon last December in the hard last few miles.

Practice makes perfect, so hen you’re training imagine yourself running the final miles, overcoming whatever obstacles the race has thrown your way. Chuck yourself into a competitive local race or a parkrun (not a race, but you can still race others). Practice going too hard at the start and how you cope in a race that doesn’t matter to you.

Have you got the fight?

Then the next time a race starts to hurt or goes off plan you can tell yourself “I have the fight for this”. Know that you have practiced and worked harder than those around you, whoever they are. Because thinking you have a natural talent will only get you so far.

A growth mindset, one that knows hard work is how you improve, will take you forward. instead of bemoaning the natural talents of others, focus on the fact you’re nowhere near your own genetic limits, that’s for sure. The above picture is from the European 24hr Champs. Featured is James Stewart and James has the fight. In the early stages sickness in the heat was a problem, but the Scot fought on, eventually coming good and finishing 11th, helping GB to team silver with his 244.35km.

When the the fight comes, one day you won’t dread it, you will relish it. That’s what I felt on the Wicklow Way. The challenge was ever the more satisfying because I had a race and even at the start the plan went out the window.

In the second half of that race I knew no one would catch me. Not because I’m super talented, because I don’t think I am, but because I’m willing to fight every step of the way. Whatever happens, with any problems, you can only do the best on the day and most of the time that is good enough.