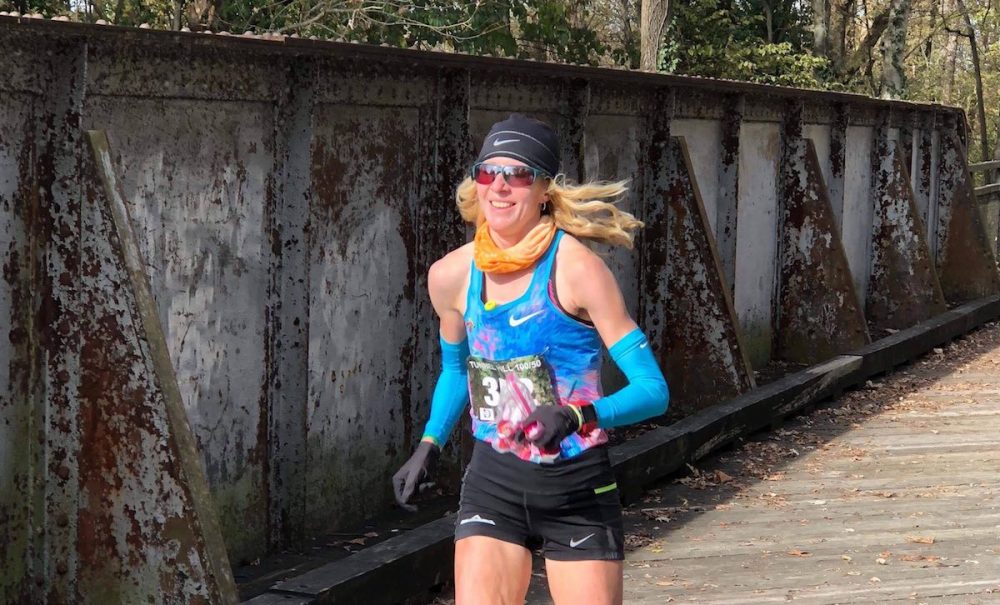 You are a long distance runner, maybe you have run a marathon or two, but that’s the furthest you will ever go because of the off-putting tales you hear about ultra running. Are these tales and myths all true?

To help ease people into the world of ultras the common myths below need to be dispelled. Lot’s of people try to make running very long distances sound ‘impossible’, ‘the toughest ever’ or even just plain old ‘superhuman’, but anyone can run an ultra if they put their mind to it.

To run an ultra you have to do even more training than you do for a marathon is what everyone says. Yes, you might have a couple of longer runs or have a marathon in your build up but you don’t have to run a 100 miles a week or do 40 mile runs on the weekend to be an ultra runner.

Consistency is key so good weeks of training, with adequate recovery and a taper before your race is more important than the number of miles. It varies for everyone too.

2) They are all slow

Basically, the time to step up to ultras is when you’re too slow to run marathons. Or the training all has to be at race pace, which is basically walking.

There are plenty of speedy ultra runners, even the 2018 Boston Marathon winner, the great Yuki Kawauchi, has raced a 50k (and super fast). Faster runners have a place in ultra running, but many do struggle because there are more factors involved in a successful ultra. Speed helps but isn’t everything.

Training wise it’s important to have variation, whichever distance you race. Keep the body guessing by adding different training stimuli. Even really short efforts can help increase VO2 Max or improve running economy, which will have a knock-on effect for ultras. 3) All ultra runners are vegans

Whilst some of the most vocal ultra runners may be vegan, such is the same in all walks of life. You do not have to be a vegan to be an ultra runner.

Eating a healthy, balanced diet can certainly help with training, recovery and general all-round happiness. The odd Diavolo pizza can also do wonders for ultra running.

4) Ultra runners always carry a bag with them

We’re all gear junkies, in general. If you feel like marathoning just doesn’t provide you with enough opportunities to purchase gadgets and trinkets then maybe ultra running is for you.

That said, plenty of racing can be done without a big ol’ backpack or anything at all. A decent pair of shoes, some socks and shorts (plus a sports bra for the ladies) is all you really need. A t-shirt is optional, as is the pack.

Running belts, handheld water bottles or just duct taping some sweets to your arm all works fine for races too.

5) Taking selfies is a requirement

It seems that those who run long take more selfies than your average London tourist. One of the reasons people do ultras is to show everyone else just how wonderful they are. Part of this is ruining a good view or picture with your sweaty mug.

However, you do not have to take selfies to be an ultra runner. You might want to, but try to avoid too many of them. They look sh*t.

Trail running and ultra running are often confused. They can be different things. Not all trail races are ultras and not all ultras are on trails. Originally ultra running was an all road or track affair. In Victorian times huge crowds turned up to see ‘pedestrians’ challenge one another to 24hr races in stadiums.

The more recent growth is largely within trail ultras, like the UTMB or Tarawera ultra, but road running events like the 50k and 100k or timed events like the 24hr race, are growing in popularity too.

Each poses a different challenge and whilst trail may be a little slower, it’s easier on the body and the mind.

7) You need a beard to run an ultra

Not all ultra runners have a beard, but a larger proportion of elites do. Some people run fast without a hairy chin, just look at Jim Walmsley or Camille Herron.

Come to think of it, all female ultra runners don’t have a beard. There, that proves it.

As above, people have been travelling huge distances since the beginning of time. Marco Polo was a known for his multi-day FKT (fastest known time) outings and Pheidippides didn’t actually run from Marathon to Athens (the 24 mile distance run that gave birth to the marathon).

The Greek messenger actually ran from Athens to Sparta, a mere 153 miles, then back again.

The 80’s did see a boom in ultra popularity on the roads and a lot of our records are yet to be beaten in this ‘new age’. Don Ritchie’s 100k record has eluded runners for years.

9) Ultra running is just the MDS and UTMB

If you pick up a running magazine then ultra running can seem confined to events in the Ultra Trail World Tour (UTWT) or marquee events like the American Grand Slam of Ultra running.

There are so many more races though and races are popping up all over the world and they’re not all big swish affairs either. No frills events can be just as good as the big dance at UTMB and some prefer a less crowded experience.

Well, it’s no triathlon. When I started out my running pack was from TK Maxx, my trainers from Aldi and kit was a mixture of football and work clothing.

My first 100 miler was completed in a friend’s old trainers, football socks and a Kingswood Learning and Leisure waterproof (that was not waterproof).

My feet were in bits, but, after nearly 28 hours, I finished.

With anything, you can make ultra running expensive, but it doesn’t have to be. Check out the LDWA website for a no-frills challenge near your home.

Other tips include sleeping in a bush the night before (I still won), making your own race food and volunteering at a race so that you get a place the next year. You’ll learn a lot volunteering too.

Yes, some walking may be involved, but it’s about efficiency, not speed. Rather than the quickest way to run up a hill, it’s important to think of the most efficient way.

Many link a fast time to fast running, but that isn’t always the case. The quickest time actually might involve some slower running or a sandwich stop, but you’ll get to the finish line sooner.

To run an ultra you have to be super fit. If you can’t do 1000 pushups and have finished 100 marathons then it’s not for you – rubbish.

The longer the race the less it becomes about fitness. Yes, being fitter helps as a fitter you will most likely do better than a less fit you (if we could clone).

But pacing, mental toughness, hydration, nutrition and a myriad of other factors come into play.

If you have a good grasp of your own ability, can eat and drink on the move and have above average levels of stubbornness then you could finish an ultra tomorrow.

It might not be pretty, there will be chafing and your doctor may advise against it, but if your life depended on it you could move 50 miles. It’ll be a whole lot more enjoyable with decent training, progression, experience and fitness, but it’s not impossible.

That one’s true. We just talk and write about running. A lot.

What makes Kilian Jornet so special?