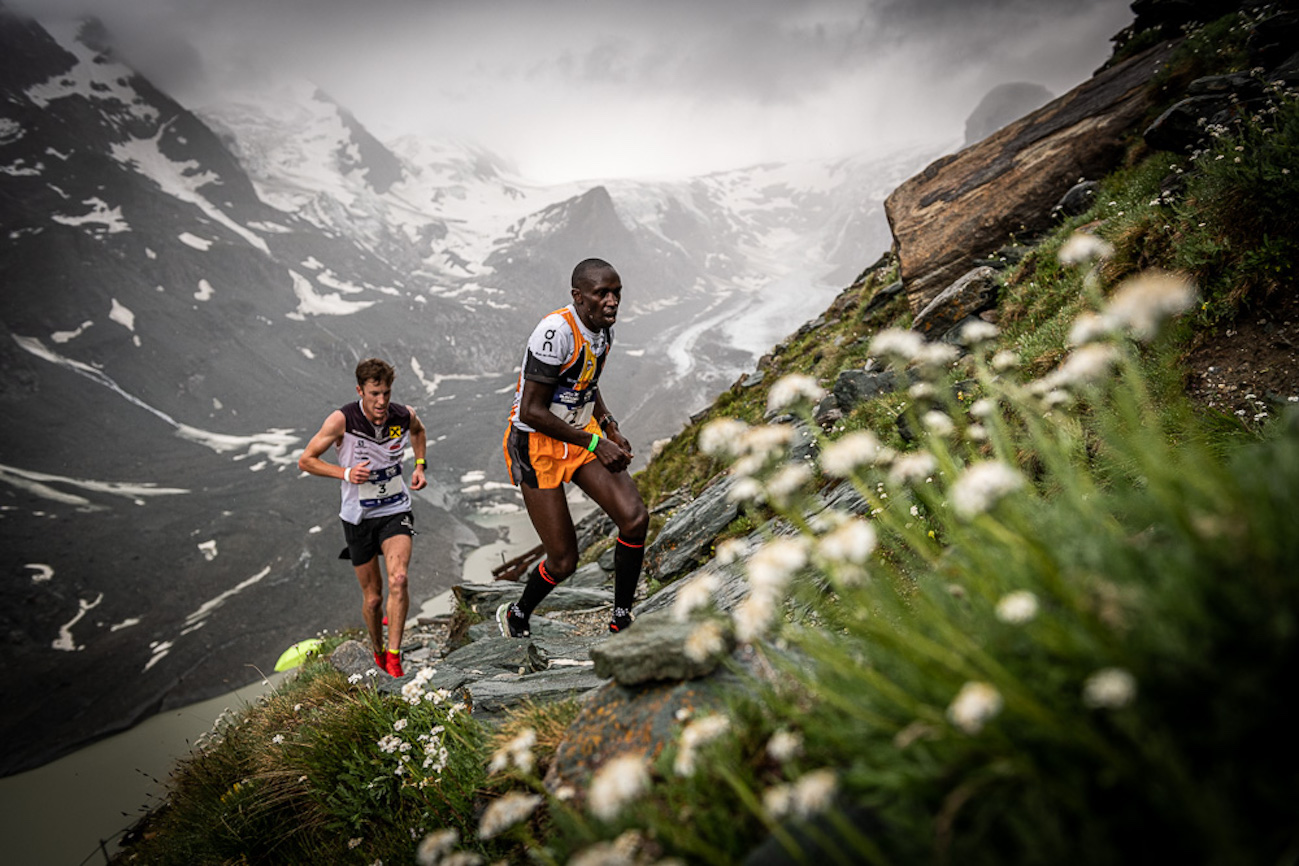 An uphill-only race of 13km with 1,265m of ascent along the way, this was our second event in the 2021 World Cup. Its prestige always attracts some of the best mountain runners in the world and this year there were deep, high quality fields.

Mountain weather is an unpredictable beast, which often adds an extra challenge to our sport. Despite blue skies the day before, the runners woke up to grey, rainy skies and chilly temperatures in Heiligenblut. But nothing could dampen their enthusiasm for one of the most famous and revered mountain races in the world. This is Grossglockner Berglauf.

Former podium finishers such as Filimon Abraham (GER), Purity Kajuja Gitonga (KEN), and Geoffrey Gikuni Ndungu (KEN) were on the start line, as well as runners like Charlotte Morgan (GBR), Henri Aymonod (ITA) and Alice Gaggi (ITA), who were fresh from success at our first World Cup race of the season at Tatra Race Run.

The first kilometre is flat along the river, so the early pace is always fast, and then the route begins its long, relentless ascent towards the finish at the Kaiser-Franz-Josefs hut. In the final kilometre the route gets steeper still, so this is a tough mountain race which gives runners little respite along the way. The elite field set off at 8.30am in cool, drizzly conditions. In the women’s race Purity Kajuja Gitonga opened up a small, early lead of around 20 seconds over Lucy Murigi and Joyce Muthoni Njeru in the first section.

Around a minute behind the leading three runners was a group including Lorenza Beccaria (ITA), Gaggi and Susanna Saapunki of Finland.

In the next section of the race Gitonga and Njeru went through the timing point neck and neck, with Murigi just behind. Behind Murigi a gap had opened up back to Saapunki, Beccaria, Mojca Koligar (SLO) and Gaggi.

Going into the final, deciding section of the race, with the cruel kick up to the finish line, the podium places looked like they would be going to the Kenyan runners, but in what order? And the top 10 was still fairly open for an exciting finish.

In this final section Njeru managed to pull away from Gitonga a little and Murigi wasn’t able to stay in touch with these two runners, though she kept a good gap from the chasing runners. Excitement in both races

The men’s race was just as close and exciting and also came down to that final section.

In the early stages Lengen Lolkurraru (KEN) ran together in the lead with last year’s winner, Abraham. Just behind them were Geoffrey Gikuni Ndunga (KEN), and a big group all within a few seconds of each other including Manuel Innerhofer (AUT), Cesare Maestri (ITA), Alex Baldaccini (ITA), Zak Hanna (IRE), Lorenzo Cagnati (ITA) and Timotej Becan (SLO).

This was shaping up to be a very competitive race.

In the next section Lolkurraru and Abraham were still neck and neck but they had managed to open a small gap of around 45 seconds from Innerhofer, Maestri and Ndunga. A group of about six runners continued to chase them down and it was still anybody’s race with the final, nail-biting section to go.

By the finish Lolkurraru had finally managed to pull away from Abraham, winning in 1.11.48, with Abraham just behind in 1.12.34.

In a sprint finish Innerhofer took third place in 1.13.44, with Ndunga just three seconds behind. Maestri rounded out the top five in 1.14.17. Places six to ten went to Becan, Baldaccini, Hanna, Cagnati and Aymonod. See the full men’s results here. So it was a double victory for Kenya and a spectacular Kenyan 1 – 2 – 3 in the women’s race. The first two events of our 2021 World Cup have certainly delivered some exciting racing and we don’t have long to wait until the next one!

Next stop St Gervais in France on Saturday 17th July for La Montee Du Nid d’Aigle! Bring on round three!

A marathon in retrospect
Up to the Eagle’s Nest