And the fell winner is… 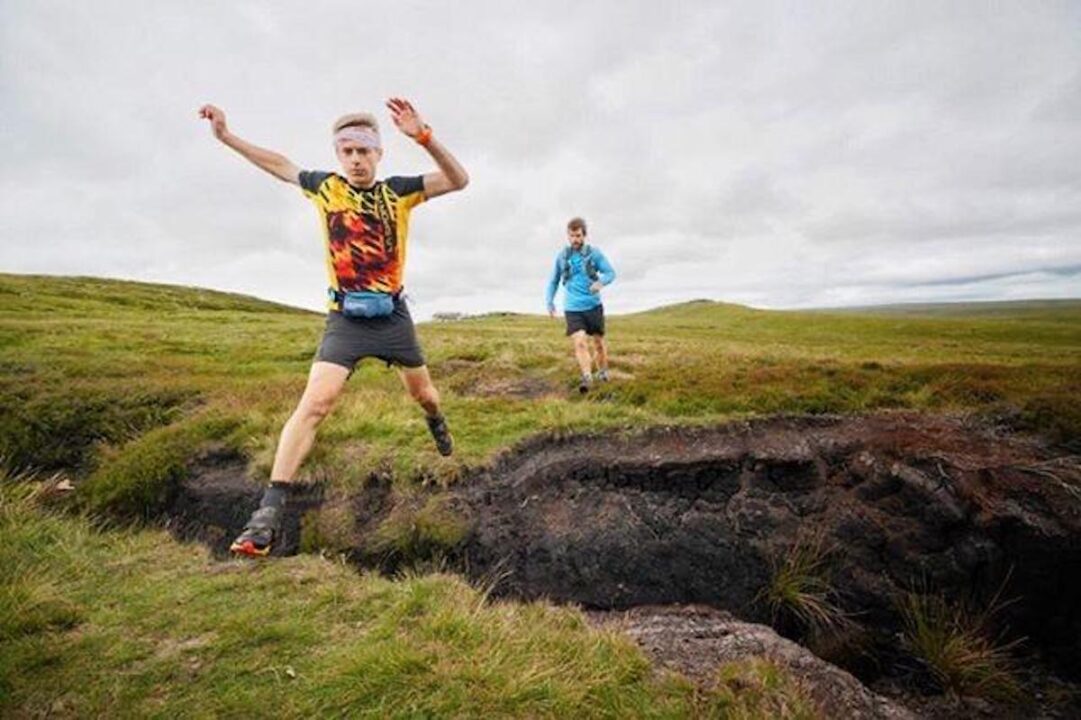 Each year the Fell Runner’s Association gives out the Long Distance Award. Broken author Ally Beaven breaks down one of the hardest award decisions of all time…probably.

(Winners announced at the bottom of article if you’re in a rush).

Each year the Fell Runner’s Association gives out the Long Distance Award. It is given to a UK resident runner for one or more long distance running achievements in mountainous terrain, (primarily on foot though some cycling, kayaking or climbing is acceptable) in the UK or overseas. Race performances are not considered.

The list of winners is full of the kinds of things you’d expect, 24 hour records, the Munros, the Wainwrights, but it has also been awarded for less obvious stuff; Simon Jenkins and Martin Moran’s continuous traverse of the 4000m peaks in the Alps, Ken Taylor’s Bob Graham completion at the age of 71.

It was first awarded in 1987 to Martin Stone for a trio of runs; the 24 Munro record, the Scottish 4000s and a mid-winter Bob Graham, all solo and unsupported.

“I was never a great fell racer,” says Martin. “I got some reasonable results on things like Wasdale, Langdale, mountain marathons, but actually I wasn’t that quick. So to have found my niche and then get some recognition for it was rather nice.”

Soon after, Martin was asked if he would like to take charge of the award, “on the basis that I probably wouldn’t ever get it again”, and he’s been running the show ever since. Each year, soon after the 30th September deadline, he draws up a shortlist and distributes it to the voting panel.

“Every time somebody wins the award, they go onto the panel,” explains Martin, “so it’s still growing. It’s grown from about 20 to 28.” There are no photos of Finlay Wild in action on his Charlie Ramsay Round because he just buggered off and did it solo, as he’s truly made of girders. Photo: Pete Bland Sports.

Who’s going after it?

One quirk of the Long Distance Award is that it isn’t something that anyone sets out to win.

Long distance hill running is a small world within a small world, so the award has always been a low key affair. Not exactly prestigious, but all the more meaningful to those who receive it because it is awarded by their peers and places them among their heroes.

“Winning the award was a huge honour for me.” Jasmin Paris, 3 Big Round records, 2016. “Arguably greater than any race win could be, as it was based on the collective decision of so many of my own running heroes and inspirations.”

A panel of people who know what they’re talking about

Paul Tierney, the most recent addition to the panel after receiving the award for last year’s Wainwrights record, says similar. “When I first got into the sport, I was reading books like Feet in the Clouds, Wild Trails to Far Horizons, and it was this golden age of record attempts and personal challenges.

There wasn’t the same wealth of races there is now. Reading books like that, you learn all about who the proper legends are and then to see some of them win that prize and your name is on the thing as well, it gives you a really nice feeling.”

In 2020, for the first time, the information Martin Stone sent out included an article from each of the nominees, a couple of pages written for The Fellrunner magazine, giving details of their run.

This year has been an exceptional one (someone should write a book about it – Ed.), the shortlist swelling from the usual 4 or 5 runners to 11, with a dozen more solid candidates failing to make the cut and several runs soon after the deadline, like George Foster’s second fastest Bob Graham, that would have been very strong contenders.

These are the nominees, alphabetically by first name: Sabrina Verjee, on her Wainwrights record attempt, which wasn’t included as assistance meant it wasn’t record eligible, but we had another nice picture and wanted to use it. Just imagine Sabrina’s in a bog on the Pennine Way instead please. Photo: Steve Ashworth Media

This incredible depth means that making a well informed choice is a time consuming business, though most relish the responsibility. Among them, Manny Gorman, Corbett Round 2009.

“I really look forward to it. You get that email from Martin and you know you’ve got your night’s reading ahead of you. I sit down with a dram or a beer and go through them. This year, there were so many candidates, it was ridiculous. A whole bottle of whisky and a barrel of home brew. I read all of those reports 3 times and some of them 4 or 5 times. I had real trouble narrowing it down.”

Members of the panel have free rein in their decision making, most alluding to some balance of physical difficulty, logistics, style, aesthetics of the route, but each weighing these things differently according to taste; one may be drawn to the highest level of athleticism while another values novelty and creativity.

For those in difficulty, Martin Stone provides a list of weighted criteria to help guide their decision making, though he thinks only about half of the panel uses it.

So who do you go for?

Talking to usually effusive members of the panel, they suddenly become coy when asked about their decision making process, for obvious reasons.

Paul Tierney again. “Well, it’s the long distance award so obviously. . .very long distances are essential. . .” Woah, slow down Paul, I need to write that down. Eventually, he tires of talking in circles. “I can tell you who I voted for, would that make it easier? I voted for REDACTED in the end but I really could have voted for any of them.”

In the cosy confines of the long distance world, the panel’s job is made even harder by a web of potential conflicts of interest. Several are this year asked to consider runs that broke their own records, others played a part in supporting one or more of the nominees. More generally, it’s impossible for runners’ reputations not to precede them.

“Certainly in that list there are people who for years have stood out to me as being very, very impressive,” says Paul Tierney.

“Knowing the individual and what they’ve done before has to colour your thoughts a little bit. Does that make me a fucking cheat? I did try and just base it on what they actually did.” Kim Collison was just one of the runners photographed by Steve Ashworth in 2020, who probably could have been nominated for his own cumulative time on the fells this year. Photo: Steve Ashworth Media

The panel do have the option of voting for No Worthy Winner if they feel that there are no appropriate candidates. The award has been withheld twice, in 2002 and 2012.

“I really bugged to see that,” says Manny. “If I’d thought that was the case I’d have nipped out and done something for a week. I’d have ran coast to coast on my hands or something.”

It is unlikely that that will be the case this year. “I did put it on the notes this time,” Martin says, “but obviously it’s completely irrelevant.”

One outright winner, but plenty of deserving silver medals

There will be no runaway winner this year. But although the voting will be split, there’s a concensus among the panel not only that the winner of the Long Distance Award in 2020 will be a deserving one, but that a number of equally deserving contenders will be missing out.

Martin Stone, the man at the helm, feels this more keenly than most.

“After it’s all over there needs to be some empathetic writing saying what a challenging year it’s been for the panel and what fantastic things all these people have done. Everybody should be proud, in any normal year any one of them would have been a fantastic winner. I think the person who wins will be almost like a representative of everyone who’s done great things this summer.”

And the winners are…

Both athletes received twice as many votes as any other nominee and the panel clearly felt that 2020 was the year to honour the biggest and most committing adventures.

This is the first time since 1989 that 2 runners who were not running together have shared the award. On that occasion is was shared between Helene Diamantides and Mike Hartley for records on the three Big Rounds and the Pennine Way record respectively.

Did you know that Ally Beaven has written a book about all these bloody records being broken this year? It would probably make an excellent Christmas present for all your friends and family, if you’re the kind of person who likes being nice.