The mountains are calling: what makes a hill runner special? 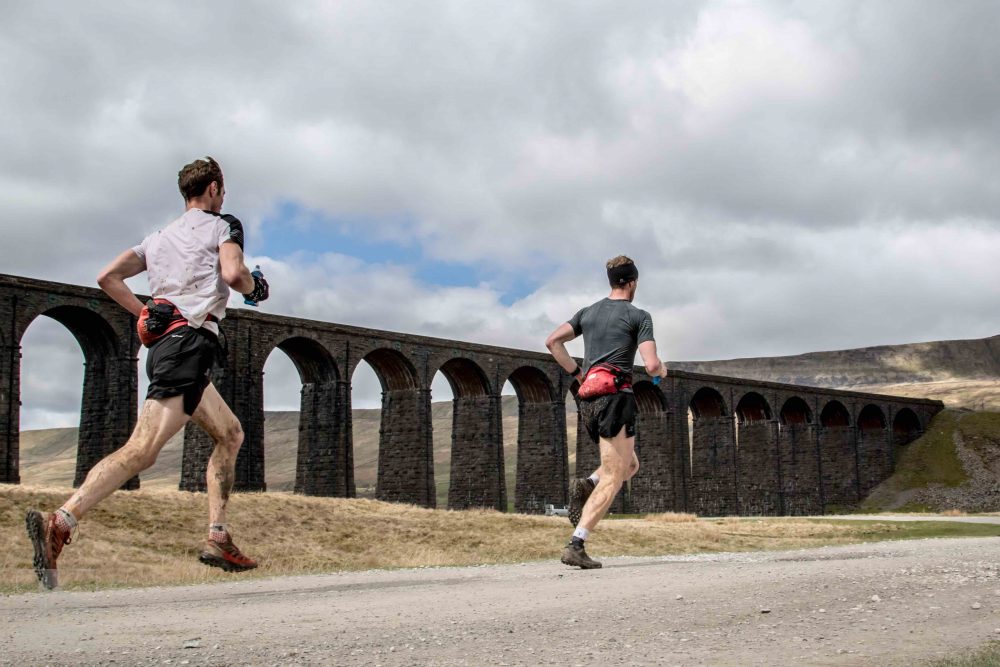 The mountains have a special hold on many of us and author Jonny Muir hears them every day.

In this section of his new book “The Mountains are Calling” Muir talks with some of Britain’s best mountain runners about their training and what makes the mountains so special… or not.

Joe Symonds and Tom Owens are facing an audience at Kinlochleven Primary School on the eve of the Glen Coe Skyline. Joe had won the 2015 race; Tom would finish second in the 2016 version the following day.

The question and answer session is arranged by Salomon, the race sponsor, and has a disjointed, awkward air. Joe runs 60 to 70 miles per week, he tells us, much of the volume accomplished by commuting from his family home to work as a doctor. Hill repeats, a threshold session and a long run in the hills are standard features of his week.

When Tom speaks, he virtually parrots Joe; there is little to distinguish their training. I sense the audience searching for something: a collective yearning to know the answer to that crucial question: why are you so good at running? And perhaps more pertinently, why are you better than us?

We ask about tapering and shoes – as if wearing the same studs as Joe and Tom will make an iota of difference. The questions continue: motivation, cross-training, race strategy. I cannot help but think of the elephant in the room: genetic inheritance. Perhaps they should use this platform to make a public apology? After all, they cannot be blamed for the accident of birth.

“You get out what you put in”

Tom dismisses the notion when, several months later and days before he is due to fly out to Costa Rica to race in the six-day, 142-mile Coastal Challenge, I ask him to elaborate on the comments he made in Kinlochleven. ‘One of the main things I like about running is that generally you get out what you put in,’ he says.

‘For me, that means a lot of hard work but also trying to be clever with training – focusing on key sessions, build-ups and of course proper recovery. I believe there are very gifted athletes, but without the commitment to hard work, they won’t stick it out or will break down. I certainly don’t think I have any particularly good running ability other than persistence, determination and a fairly positive mindset.’

In the world of Tom Owens, ‘persistence’ and ‘determination’ look like this: a solid base of winter mileage; two or three ‘quality’ sessions a week that could be hill work, a tempo run, flat intervals or a race, as well as twice-weekly visits to the mountains; a week or fortnight-long warm weather training camp in the peaks of the Canaries; a job as an ecologist that means many hours every day on his feet wearing heavy boots; miles of cycling because he does not own a car; a summer sabbatical in the Alps or Pyrenees running alongside some of the best athletes on the planet – in 2016, Tom ran the 100-mile route of the Ultra-Trail du Mont-Blanc in three days, then climbed Mont Blanc; racing regularly and racing hard – he has twice been a Scottish hill racing champion and a runner-up in the Extreme Skyrunning Series; at the end of a season, usually in November and December, running is temporarily replaced by cyclo-cross. And then it starts all over again.

I was still unsatisfied. Despite his obvious aptitude for hard work, how could Tom not accept that he was born lucky – that his heart, lungs and legs were better equipped for running than the overwhelming majority? He would dominate the Coastal Challenge, winning overall and each of the day stages. ‘Would you accept you are blessed with natural ability?’ I wrote in a message to Tom when he was home again. ‘It is indisputable that not everyone can be a champion hill racer,’ I explained. ‘If two people undertake the same training and share similar discipline, talent will naturally separate them.’

Tom disagreed again, naming a handful of mountain and ultra-distance runners who he considered to be ‘naturally gifted’: Kilian Jornet, Jonathan Wyatt, Marco de Gasperi and Angela Mudge. Tom Owens, he insisted, was not on the list. ‘Even then,’ Tom said, ‘they still have the desire to compete and train very hard. I certainly don’t put myself in the same category as those guys. Without determination and training, and the ability to recover from training and racing, I would not have any success.’

In the end, I got an answer that satisfied my probing from Stephen Pyke, a runner who would know: he has run all the Munros in 39 days. ‘Kilian – in terms of the physiology he has been blessed with – is that Usain Bolt freak of nature type athlete,’ he said.

‘Tom is probably blessed to be in the top five per cent of having a good physiology for running, and through hard work he has turned himself into a top athlete – but he has probably not been born with the physiology and talent that Kilian has. Ultimately, however hard he works, if Kilian works at the same level, Tom is not going to beat him.’

When utilised then, there is no substitute for raw genetically-conceived talent – but tenacity comes very close. Kate Jenkins won three hill racing championships in seven years, as well as several Scotland vests, through sheer force of will. She is proudly alternative. ‘I can’t sit still,’ she says. ‘I never trained to race. I feel restless and I go for a run. That’s the bottom line. It’s my anti-depressant, my anger management, my frustration release; it’s for when I’m feeling crap at work. And I love beautiful places. They make me feel at peace.’

Kate grew up on a Pentlands hill farm, walking the fields and moors barefoot. Burying sheep and cutting tracks kept her fit. She was ‘feral’, she admits, and it was little wonder she was ‘tomboyish’ at school. At university, fellow students would ask, ‘you’re not running again?’ Kate would nod – and go for her run.
‘They would think I was a freak or weird,’ she says.

In later years, coaches wondered why she lacked focus, despite her obvious ability and endurance. She twice attempted to follow training schedules. The first – a six-month programme – had no effect, she insists. As for the second: ‘I was injured after two weeks. I’d never been injured before, so I thought, stuff this training bollocks.’

“16 bags of crisps and a West Highland Way”

Stuff convention too. When Kate won the first of her seven West Highland Way Race titles in 1999, finishing third overall, she was averaging a mere 30 miles a week in preparation. Her nutrition for the 95-mile route included 16 bags of crisps – effectively one packet every six miles. ‘I eat what I want,’ she declares. ‘And I drink – lots.’

Perhaps it was Kate’s carefree attitude that made her excel – an attitude characterised by eight extraordinary days in 2011. After winning her seventh West Highland Way, she raced in the Pentlands four days later, ahead of two long back-to-back weekend races, Arrochar Alps and the Lairig Ghru, taking her racing miles in that period to almost 150.

A fortnight later, Kate was second Briton in the women’s race in the Trail World Championships in Connemara, Ireland, but paid the price for her formidable effort: ‘I ended up in the back of an ambulance.’

Kate’s mantra for success is as simple as they come: ‘I am bloody-minded.’ When we speak several months later, she tells me she has ‘trashed her heel’. She was heading out to ‘beast hill reps’ nonetheless. Her rationale? ‘I can’t bear weight on it, so up on the toes work instead.’