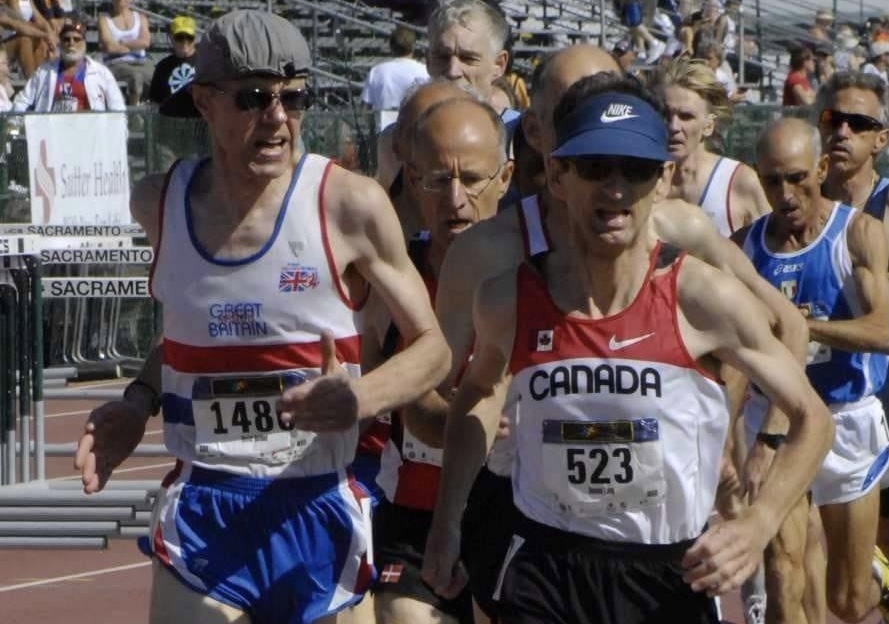 In a recent paper in the International Journal of Sports Medicine, West et al. (2021) spoke about the following five concepts as being a framework on which to hang the pursuit of optimal performance and the mitigation of injury risk:

The first piece in this series focused on long term athlete planning through the lens of a world masters silver medallist, Chris Hollinshead and charted how a hugely successful masters athlete made adjustments and refinements to his training load over the years in transitioning from senior to masters status.

This second piece focuses on seasonal planning through the eyes of Masters star David Oxland. Amongst his considerable achievements are an M70 outdoor 800m record (2m32.46s) set at Nuneaton in June this year and more recently an Indoor record of 2m33.32 set as recently as 4th December on the boards at Lee Valley. In a nod to his versatility, additionally David took gold over 5000m in June at the British Masters Athletics Federation championships, clocking 19m38.7s. In his early 60s David won three world masters gold medals and broke the indoor 1500m record.

You may recall that in our first piece Chris Hollinshead mentioned the major challenges he faced were on knowing how to train his lactate and alactic energy sys-tems rather than his well established aerobic system.

David concurs with this as-sessment, saying that, “As you get into your seventies I think stamina is not the main issue. It is speed you risk losing, so to mitigate loss of speed I deliberately train with a Masters sprint group on Sunday mornings”.

Periodisation is the term used to denote long-term systematic planning and the division of phases of training in order to achieve optimal performances for identified races of importance. It is well established in the sports science literature that the utilisation of a periodised approach for any athletic activity enables variables train-ing variables such as load and intensity to be managed more effectively this opti-mising performance potential whilst minimising the risk of injury (Haff, 2016).

I ask how David’s training load has changed since his younger years. With a laugh he says, “Apart from when I was at school, I do not regard my training and competition prior to age 52 as any more than ‘quality’ fun running.

I entered a half marathon in September most years from the age of 30 to when I was 52 but often only trained for a few weeks beforehand and never trained afterwards- so for say 8 months a year I did not run at all. In 2003 I joined Notts AC and then Midland Masters AC in 2006. So I reckon I am really only 18 years old in terms of being properly in the sport and that of course is another reason I do not normally take time off for injury”.

So in light of David’s relatively low training age, he feels he is able to train frequently in comparison with those who share his chronological age. He coneys that, “These days as a 70 year old I train 6 or 7 times a week whereas at school we only trained 3 or 4 times a week!. He does however add the caveat that whilst the fre-quency of his training is high, the total volume remains relatively low, stressing that, “To try to avoid any serious injuries my weekly mileage is less than 30 miles these days”.

I ask him how many times a year he feels that he can peak nowadays compared to when he was a senior athlete. Whilst acknowledging that certain target races are more important than others he still feels he can peak at least three times a year. This being said he is a prolific racer and adds that, “in a normal year I expect to av-erage one race a week and I am fairly consistent”.

So how long does he feel he can be ‘on the boil’ so to speak when he comes to a peak? With enthusiasm David explains that, “I peaked a few weeks ago in readiness for my successful attempt on the V70 indoor 800m record. I am trying to stay on this plateau for another 5 weeks to have a go at the 3000m indoor record at the BMAF championships which are taking place in Sheffield on 23rd January”.

With a wry smile he acknowledges that, “It will not be easy to maintain my form during and beyond the festive season”. So after stimulating his lactate energy system for the last couple of months David will need to back off at the end of January and revert to focusing on rebuilding his aerobic and strength endurance for a while.

Whilst periods of regeneration are paramount in any macrocycle of training in terms of recouperation for example in between a cross country season and moving onto the track, David is the first to acknowledge that he finds this a challenge. He holds his hands up and admits that, “Rightly or wrongly I never stop training”. To use an analogy, this comment is reflective of the type of athlete that benefits psychological-ly from continuing to free wheel on the bicycle rather than to hit the proverbial brakes and to stop completely.

1. How do I plan my macrocycle of training as a masters athlete?
2. What benchmarks do I set for my seasonal planning?
3. Which mode of post season regeneration suits both my physiological and psychological make up? Active or Passive recovery?
4. How long am I intensely stimulating my lactate energy system in training so I can come to a peak?
5. Why might training outside my event group like David does with his sprints group, help my continued athlete development as a masters athlete?

Matt Long served as an England Team Manager and Coach for the England Masters Road Running Team which competed in London last year. He welcomes contact for coaching support through mattlongcoach@gmail.com