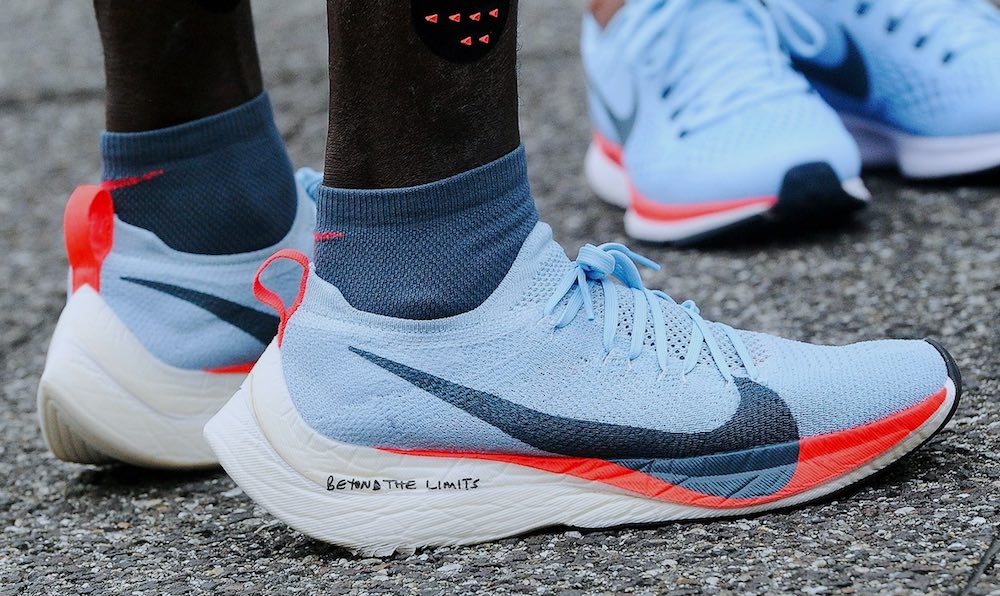 The shoes were first unveiled for Nike’s Breaking2 marathon in Monza, Italy earlier this year. While the 2-hour marathon barrier wasn’t broken, Eliud Kipchoge came closer than any man has ever done, running an incredible 2:00:25.

The highly cushioned shoes were also worn by Geoffrey Kamworor and Shalene Flanagan en route to their wins at the New York City Marathon on November 5.

And most recently, Camille Herron shattered the 100-mile world record at the Tunnel Hill trail race in a pair of Vaporflys. Herron spoke to Fast Running following her world record on November 11, saying: “Nike actually got me a new pair on the Thursday before the race as I had trained my others into the ground. I love them.” 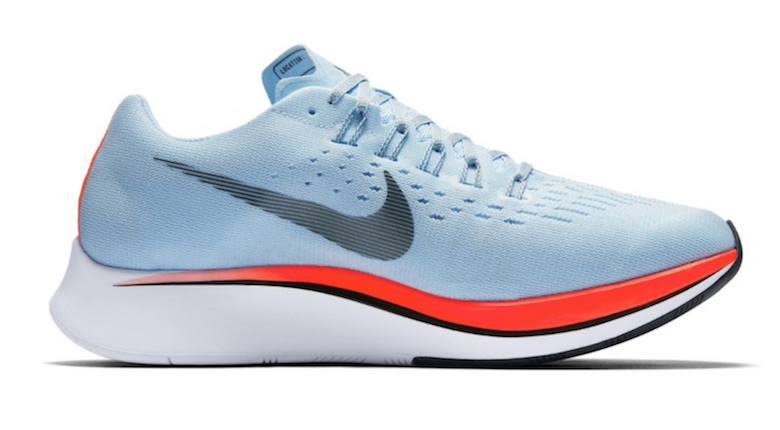 While it was not the world record Nike’s Vaporfly 4% shoes were intended for – a world record is still a world record. Herron’s time of 12:42:39 took more than an hour of the previous record.  This translates to an 8 percent improvement in running economy. And while the shoes can’t claim responsibility for such an improvement, the findings from a new study published in the journal Sports Medicine indicates that the shoes do improve a runner’s running economy.

The term running economy refers to the energy demand and oxygen consumption at a given pace. Runners who have ‘good’ running economy or if their economy improves, use less energy and therefore less oxygen. This implies that a runner can maintain a given pace for a longer period of time – delaying the onset of fatigue.

Led by Rodger Kram and Wouter Hoogkamer along with a team at the University of Colorado’s Locomotion Lab tested 18 runners running in Nike’s Vaporflys and two other models of racing shoes – Adidas’ Adios Boost 2 and Nike’s Zoom Streak.

During the study, runners ran a series of 5 minute times trials at three different speeds 6:54, 6:02 and 5:22 per mile on a treadmill rotating the use of each shoe model.

The researchers measured oxygen uptake and carbon dioxide production and of the 18 runners tested, all of them showed improvements in running economy when wearing Vaporflys compared to the other two models.

In fact, of the 18 individuals, they averaged just over a 4 percent improvement in running economy when wearing the Vaporflys. Most impressively some runners saw as much as 6.26 percent jump, while in others it was as low as 1.59 percent – though still a 100 percent improvement across the board, something that is rarely seen in human-based research.

The study also looked at energy return and any biomechanical changes in the runners.

Looking at any changes in biomechanics – when running in the Vaporflys, runners ran with a longer strides and lower cadence, and both; greater peak vertical force and longer contact time with the ground.

While they did not set out to evaluate the foot strike pattern of the shoes the study allowed for it. The group included eight heel strikers and 10 midfoot or forefoot strikers – with the heel strikers gaining a slightly greater benefit.

The study concluded that “we predict that with these shoes, top athletes could run substantially faster and achieve the first sub-2-hour marathon.”

Dennis Kimetto set the current world record of 2:02:57 in 2014 wearing a pair of Adidas Boost shoes, and based on the research’s findings the 4% running economy improvement would dip well under the 2-hour marathon barrier. Although this is all theoretical, and the study was performed on a treadmill without considering a wide range of outdoor factors, including air resistance.

It must also be noted that the study was funded by Nike, and may bring questions from some quarters. However, the laboratory in Boulder, Colorado is reputable and the study’s results that 100 percent of runners all improved their running economy in the shoes is phenomenal.