Optimising your strengths as a runner 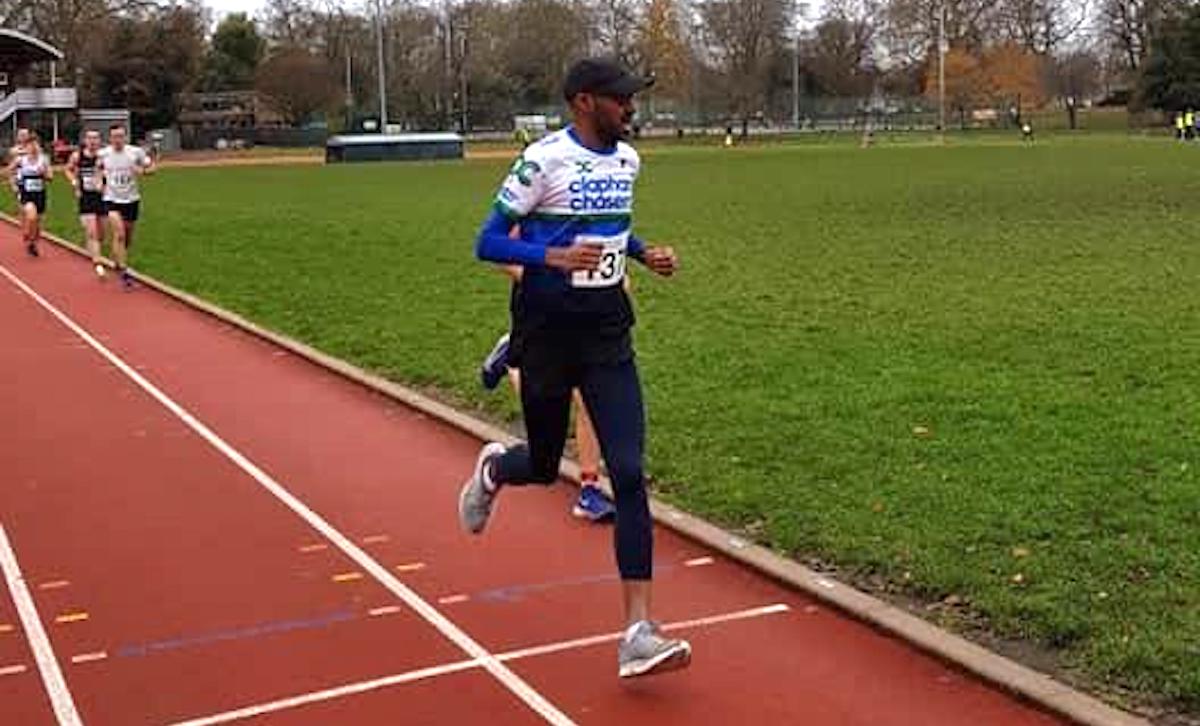 Having spoken before about growth through adversity, Reade and Emeka’s discussion moved onto another area of study that the Clapham Chaser has found useful in his own running.

Another more broad area of research Lloyd is interested in is “how we can help athletes thrive and flourish as individuals and assist them with optimising their pre-existing strengths.

I believe that this is just as important as providing psychological support to athletes when they experience various challenges”.

From a coaching perspective Lloyd feels that in order to help athletes thrive, coaches must do more to understand where athletes are coming from and where they want to get to.

As he puts it, “if we truly understand an athlete’s motivations, goals and current physiological and psychological state, it would be possible to provide more specific support that creates the opportunity for athletes to flourish.”

Lloyd acknowledges that the level of understanding gets harder to achieve as the groups get bigger, but he feels that the impact of COVID-19 could actually lead to smaller groups going forward.

“It is more challenging to create this culture of flourishing in running clubs whereby you often have a significant amount of members and large groups of runners turning up for training sessions.

This makes it difficult for the coach who is leading the training session to provide the ideal level of individual support to all of the runners. This is where the role of coaching assistants becomes vital – they can be the ‘eyes and ears’ of the coach and help to ensure that each runner is being supported as they work towards their goals.

Interestingly, the advent of COVID-19 will probably result in smaller sized groups at running club training sessions, which could make it easier for the coach to provide support to each runner.”

“I also feel that there is a huge wealth of relevant knowledge and experience that exists within running clubs that could be utilised more frequently.

Athletes come from such a broad range of backgrounds and it might well be that some members of a running club come from a sport science or sport medicine background.  We should be utilising this knowledge and expertise to create awareness, educate and provide support to runners.  This could also be an effective mechanism for creating a culture of flourishing.”

One of the great aspects of the Fast Running Performance Project is the use of social learning theory by the coaches.

Both Tom Craggs and Robbie Britton are big believers in the athletes all bringing their experience and knowledge to the table. “Lloyd is a brilliant example of this,” said Britton. “His sports psychology knowledge has really helped other runners and also opened up the discussion within the group at times.” Allison Benton’s AB Training group on the south coast is a good example of a strong community of runners. Photo: Phil Westlake (@westlake1953)

The power of community

Networks and the social aspect of running can play a big part in helping athletes to thrive. So the situation most runners have found themselves in recently, where they’ve been forced to train alone, has impacted many. As Lloyd says, “it is not surprising that the current inability to meet up with other runners physically has the potential to affect people in a multitude of ways.

If you think about it within the context of a continuum, social isolation will affect some runners considerably from a psychological perspective but there will be other runners who have an experience of positive and negative emotions that vary from day to day.

Equally, we shouldn’t forget that some runners enjoy going out and running on their own and might actually relish the opportunity for solitude.”

But the long term club member points out that the situation has brought about some surprising and innovative new ways for runners to feel socially connected.

“It has been fascinating to see the emergence of various 5k and 10k time trials during this period of isolation and I feel that this is a great way of ensuring that runners continue to feel part of a network.

It can also create some competitive rivalry and good camaraderie amongst runners.

I have also been hugely impressed with all of the various initiatives at Clapham Chasers including yoga mornings, which has really brought running colleagues together and helped to create a strong sense of community.”

Talking about the use of technology for social connectivity, Lloyd also emphasises the importance of ‘checking in’ your running colleagues.

“We can schedule regular catch ups with running colleagues to discuss and share thoughts about current training but there is also an opportunity for all of us to simply text, message or call a running colleague to check in and see how they are doing.

Because if you don’t hear from a running colleague that doesn’t necessarily mean that they are fine and coping perfectly during these challenging times.” That’s a simple thing that we can all do with our running friends.

Another obvious effect of the pandemic is the number of people who’ve picked up running again, as their form of daily exercise.

Getting outside for your daily exercise allowance

As well as having more time for exercise, are there psychological drivers for this?

“The mental and physical well-being benefits that have been reported within mainstream media would have contributed to more people taking up running,” said Lloyd. The continued growth of recent years might have another boom coming.

These findings support other scientific evidence, which has repeatedly demonstrated that running can promote improved mental health and positive emotions such as happiness.”

Lloyd racing on the streets of London. Photo: Provided by athlete

And as for what Lloyd himself has gained from running, he says, “a memory that will always remain with me was when I crossed the finish line at Amsterdam Marathon in 2016.

It was my first ever marathon and I had only been running for two years.  I had never in my wildest dreams envisaged that I could complete a marathon so that was a huge moment for me and changed my perspective on what I could achieve as a runner.”

After that first marathon Lloyd went on to run 3:18:03 at the 2019 Chester Marathon as part of the Fast Running Performance Project.

For just £30 per month athletes are provided with a Final Surge plan for each day of the week, coaching advice from Robbie Britton and Tom Craggs, as well as access to the unique Fast Running Performance community. If you would like more information on joining the project, click here.