Don’t always pace from the watch 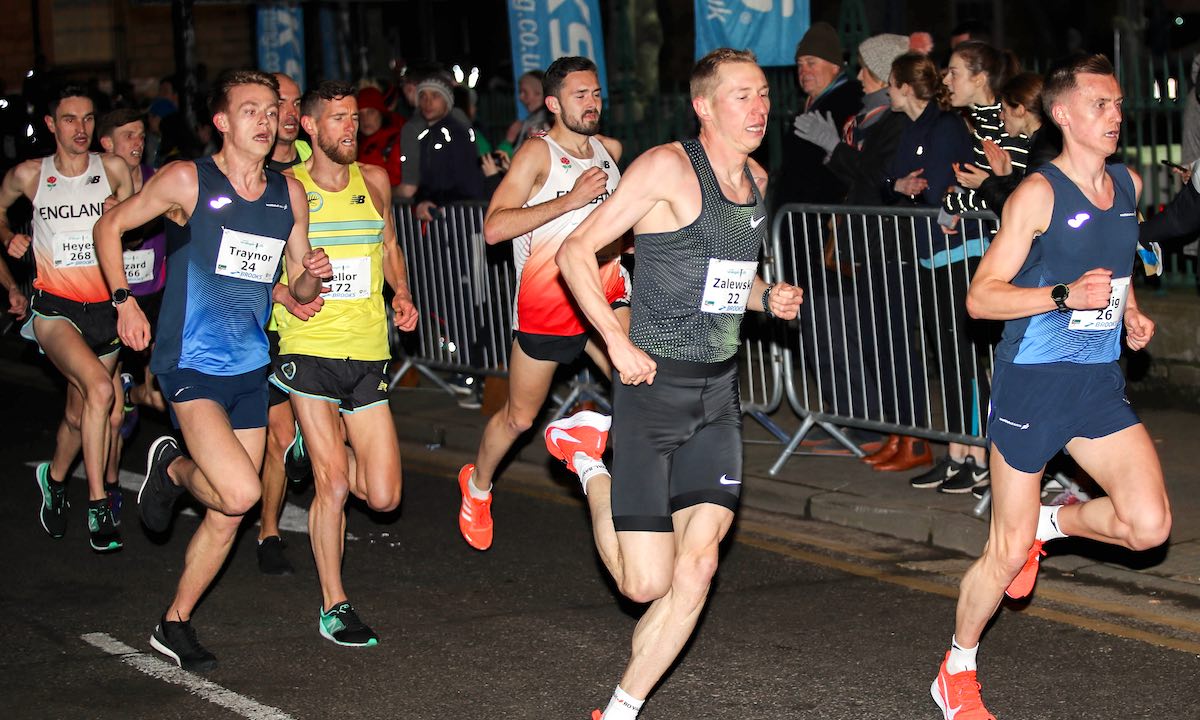 Pacing is a difficult one, especially as the races get longer, so how do you make it to the end without blowing up?

Cyclists love their functional threshold power (FTP) and a lot of runners use heart rate, but how do you know what level to tick over at?

During a race, you should want to be simmering throughout, maybe bubbling over at the finish, but many runners get this wrong. Even the elites do, who have spent time in the science lab to help produce the numbers they need to dictate effort.

Numbers are great, science even better, but a good scientist will tell you that there are always more variables than you can control, especially in the world of sport.

During my masters degree with the University of Stirling, I am working with Dr Andrew Kirkland, a coach and lecturer with a science background. Kirkland is very keen to instil a holistic approach to coaching within his students.

“However, whilst racing that noise is present.” is the important message from the University of Stirling lecturer. “It comes from errors in GPS data, changes in tactics, temperature, surface, gradient, and wind. There are days when we are simply not ‘on it’ or when we feel we’re in PB shape.

The scientist continues that “using lab data can actually constrain our performance. Particularly in longer events, factors such as nutritional status and fatigue will result in physiological changes too.”

Back in the real world

At the start of the race Dr. Kirkland believes that “Using GPS pace data for initial ‘pace’ calibration is fine, particularly in the first kilometre or so, but mindful racing will result in better pace regulation for most.” If you’re running a 5k, a marathon or an ultra it can be useful to stop you going too fast, something a large percentage of runners are guilty of.

Beyond that it can be a useful tool, using FTP if you’re a cyclist or heart and pace as a runner, but do not be controlled by what the scientists have told you. Especially if your scientist is a fancy watch that predicts your VO2 Max and 5k time as world class. You might be as quick as Dewi Griffiths but don’t suppose so on the say so of a watch.

Equally don’t be confined at your upper limits either. Sometimes you just have to ignore everything and everyone and go with how it feels. If it feels right to be in the lead group or feels right to be way under your personal best time, then you can go with it. The worst that can happen is a bit of a blow up, a bad race. You can still put your trainers on tomorrow and go for another run. Maybe a couple of days if you’ve gone real hard.

The shorter the distance

Really the shorter the distance you run, the easier it is to experiment multiple times, but the margin for error is finer too.

Go a few seconds per mile too fast in a 5 or 10k and you’re in trouble. In a marathon you might be in for a bit of a tough last five or six miles, but in a ultra you can just ease back and eat a sandwich. Maybe even stop for a cup of tea to regroup or have a walk break. You juts can’t experiment as often in ultra running, it gets a little tiring.

Get ready for another Big Nige anecdote.

Pacing off of those around you

Often we race our peers and they have a much bigger effect on our perception of effort than one might imagine. Remember the day your arch-nemesis was struggling to keep up and you felt like you were the fastest runner in the world. It was just easy. A lot of that was in your mind.

It works in many ways too. We often judge our effort on where we think we should be, in relation to time or our peers. A great example is from Alex Hutchinson’s book Endure where the former Canadian international 1500m runner burst through the four minute barrier on the back of some incorrect lap splits. Running faster than before felt easy so Hutchinson just didn’t perceive the fatigue as before.

Nigel Martin, a Sale Harrier and friend, was tricked by a similar process at Armagh International recently. Martin raced about 10 seconds back from the leaders, not sure of the timing due to a watch malfunction at the start. All the bodies signals were shouting, but they all shout in a 5k anyway.

“I didn’t think I had the natural talent to run that fast, I just thought it was beyond me” was Martin’s honest reaction after the race. Had Martin paced off his watch, what a scientist had told him in a lab or just how he was feeling, he might not have broken 14 minutes. (Watch out for a Big Nige interview soon).

Pacing for the individual

Don’t take my word for it, listen to the scientists. Dr. Kirkland concludes “therefore, the best way to judge effort is to learn to listen to your body, considering factors such as breathing rate, running cadence, level of relaxation and how hot you feel.”

Aim to simmer, not boil over, but don’t be constrained by what you, your watch or others expect of you. Go on feel and do the best you can the day. The world can never ask any more of you. Get it right and you’re in for a good day.

Robbie is an athlete and coach sponsored by Odlo, Profeet Sports Lab and Precision Hydration. You can follow him running here on Strava or the highs and lows on Twitter and Instagram.

Should you always be happy to run a PB?
New team JLF Racing add Aaron Scott to their lineup