Dewi Griffiths: How do you bounce back from a bad race? 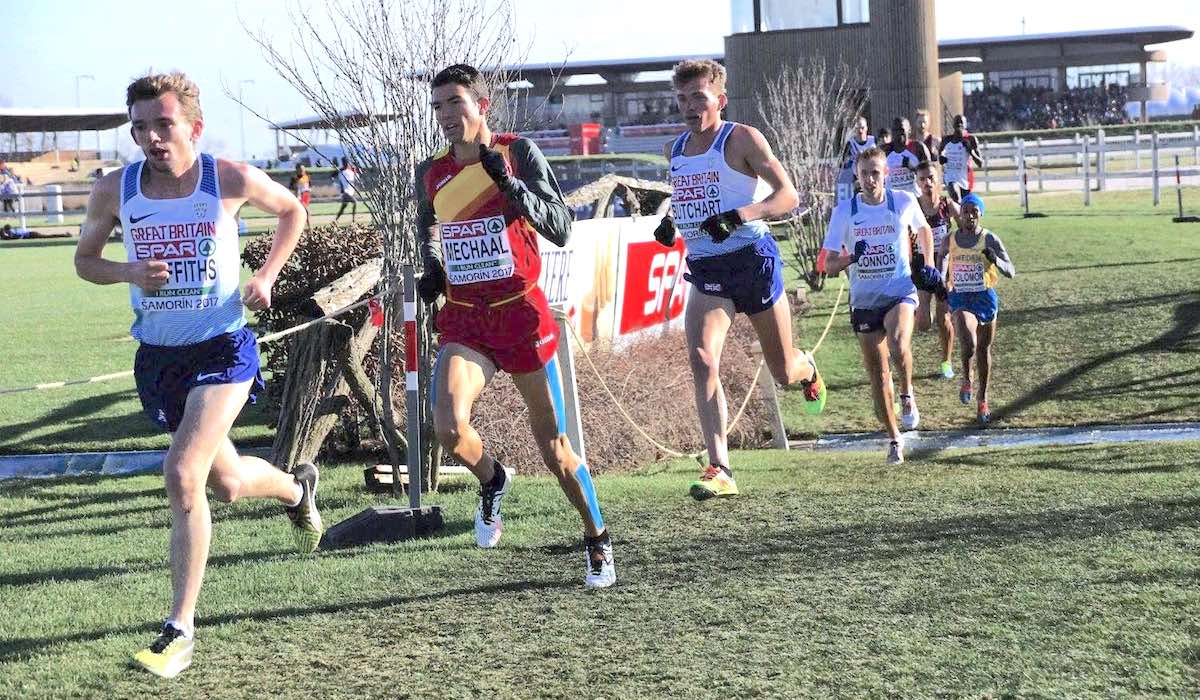 Fast Running wanted to ask top runners what they’ve learnt from their bad race experiences, offering advice on how to deal with it mid-race, after the event and going forward.

Dewi Griffth, who had to pull out of the European Cross Country Championships mid-race with a torn hamstring earlier this month, is first in a series of runners who offer their advice and insights.

Racing is a mentally and physically demanding experience for everyone from the average club runner to the elite, with the build-up of heavy training followed by a well-planned taper hopefully culminating in the desired peak fitness on the day itself.

But what happens when race day doesn’t go to plan?

Griffiths may have had his most successful racing year to date, going to 15th on the UK all-time rankings with a 2:09.49 marathon on his debut in Frankfurt – posting PBs in every distance from 3000m up the half marathon in the months beforehand – but his final competition of 2017 ended in disappointment.

The Swansea Harrier pulled up 4km into the championships in Samorin, having led the field for the first two laps, limping on for a few seconds before realising it was futile to continue.

Here the farmer’s son from Llandeilo explains how, despite having the best competitive year of his life to date, the race didn’t go to plan in the small Slovak town.

The beginnings of Dewi’s hamstring issues

“I’d had a cramping issue during the Frankfurt marathon (October 29), and was unable to use my hamstring properly in the last 7km,” he reveals. “However, it didn’t feel too bad afterwards, and, despite being a bit stiff and sore the next day, it eased off itself. My physio didn’t find any real issues, so the next time I felt it was in the cross country race.”

With a few weeks’ steady running under his belt post-marathon – including some tempo sessions and a ‘low key’ Gwent League race victory wrapped up in a number of 80m-plus weeks – he felt ‘stronger, fresher and mentally ready’ for the Euros. 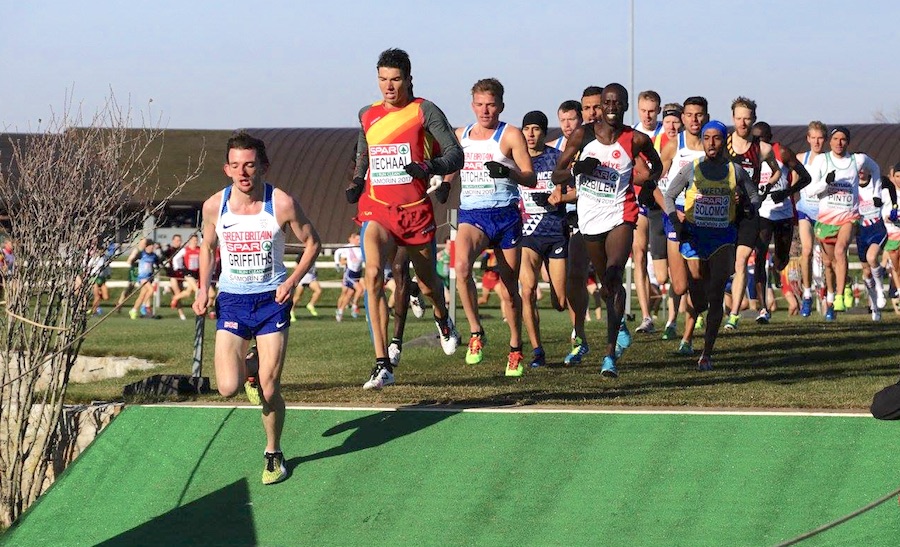 The 26-year-old Welsh star led the race from the off, feeling ‘easy and comfortable’, until he reached the end of the second large lap. It was at that point that it all went wrong.

“I felt a twinge in my hamstring and instantly had a flashback to the marathon,” he explains. “I just told myself not to think about it, if it’s going to go there’s nothing I can do about it. About 200m later I felt it seize up and cramp as we ran over a pair of man-made mounds.

“I tried to relax it to try and loosen it off again but before I know it we were running around a sharp bend and it was becoming sorer. I had to stop to see if a quick two seconds stretch would sort it out, more in hope than anything else. I tried to start running again but it was no better. I stopped to try and stretch it again, but I knew my race was over, although I couldn’t help but think I could still catch them up! Luckily, the guys from the Tartan Army were on that corner, had seen it all and shouted at me to stop. I quickly saw sense and stepped off the course.”

The aftermath of a DNF

Despite having to pull out of a major championship race while leading the field, Griffiths remains resolutely positive about the experience.

“I think I held it together pretty well, perhaps made easier by the fact I’d approached it as a bonus race with nothing to lose,” he explains. ‘However, I did want to be left alone for a bit immediately afterwards to allow me to digest it for myself first. I’d gone from comfortably leading the race to being in a tent injured in the space of 500m.

“Mick Woods, the senior men’s team manager, was by my side to console me as soon as I’d stepped off the course. He was really gutted for me which was nice. I put some kit on to watch the end of the race and pondered what could have been.”

Analysing what went wrong in the race

“When I eventually managed to speak to my coach (Kevin Evans) back home and explained what happened everyone agreed I’d done the right thing by stopping as soon as I’d felt it,” he reveals. “I was never going to be able to compete with one leg!”

Refreshingly, Griffiths admits he went to the bar that evening, clutching an increasingly sore hamstring, to reflect on what had happened. He was astounded when he saw the race footage: “I had no idea what damage I was causing behind me in terms of where the other athletes were – if only my hamstring had held up, who knows what could have happened, the mind wonders! That’s when the real disappointment and frustration kicked in.”

However, a few days later he found out he had torn his hamstring, putting paid to any lingering thoughts of a possible victory had he continued.

Taking the positives from bad races

Griffiths is upbeat about his future prospects and is excited about what is to come off the back of his short-lived European cross experience.

“Even though I didn’t finish the race, I found out how competitive I am now on a European level – I won’t need to convince myself I can next time – I know I will be able to compete,” he stresses. “It was a positive experience, 2018 will hopefully be another successful year, with my hopes aimed at the Commonwealths and Europeans, as long as I get selected for both.

“With the Commonwealths in the spring, if I do have an issue with my hamstring post-marathon that needs to be sorted, I’d like to know about it now while I still have a chance to do something about it.

“The bad times make the good times even sweeter. Everything happens for a reason.”