Can the mind wander to a PB? 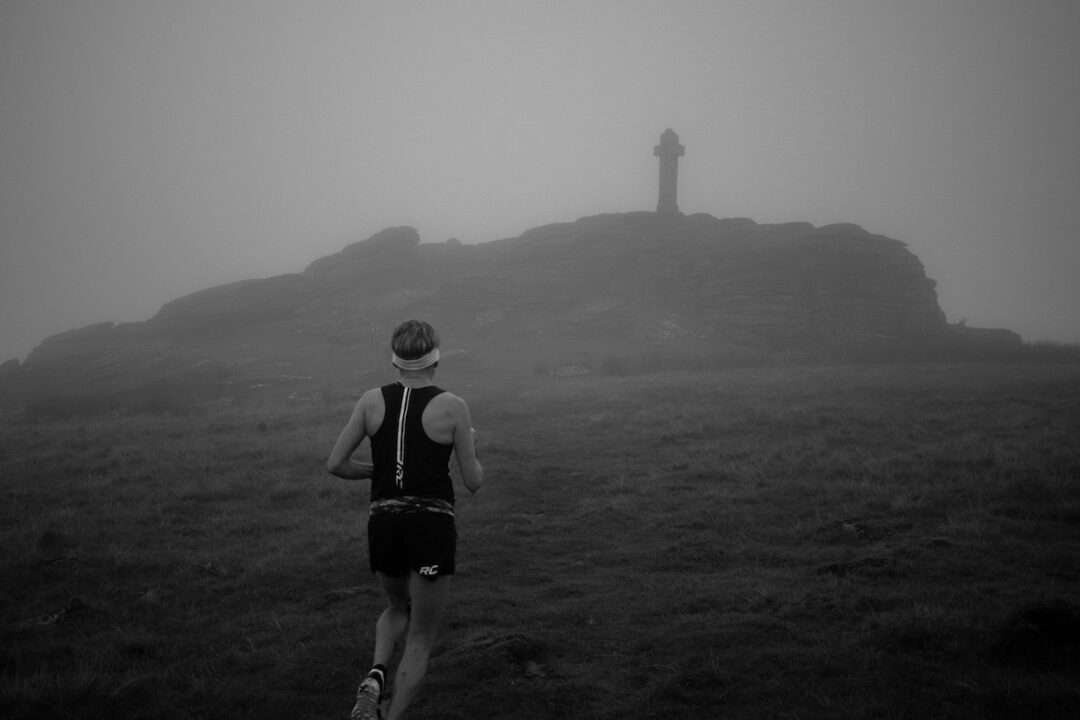 Jo Meek on her FKT this summer. Can you let your mind wander in the Dartmoor fog? Photo: James Armstrong

In the next of his series on sports psychology, MSc student Lloyd Emeka allows his mind to wander onto the topic of mind wandering.

Let the wise guard their thoughts, which are difficult to perceive, extremely subtle, and wander at will’

This old Buddhism quote1 remains relevant in our current times.  From the moment we are awake, we are undertaking tasks in our professional and personal lives.

Life admin, work, sport and academia are all examples of everyday activities that generate tasks which demand our attention.  We experience constant multitasking every day which can result in mental fatigue or feeling overwhelmed.

Despite this necessity to focus our attention on numerous tasks, our mind frequently shifts away from an ongoing task or activity to an unrelated thought or feeling.  This is known as mind wandering and it is considered to occur between 30% and 50% of our waking time2

Mind wandering has been studied within psychology for several years and our understanding has continued to develop through research and technological advancements in brain imaging techniques.

It has been associated with the default mode network, which is a brain region that becomes activated during resting states3.  An occurrence is more likely when the task is simple or automatic and could lead to less accurate awareness of the information that surrounds us4.

Based on research evidence5, the imagery and thoughts unrelated to an ongoing task occupies our awareness either because they capture our attention or because we have deliberately shifted our attention to them.

We can thus consider mind wandering to consist of two subtypes which are known as spontaneous and deliberate.

The content of our thoughts and the context within our environment contribute to the occurrence of spontaneous mind wandering and the lack of self-awareness that our minds have drifted 5,6   From the perspective of running, the content of our thoughts whilst mind wandering could consist of current worries, neutral and positive topics.  All have an influence on how we feel during our training.

Not just the feet wandering on the long run

An example of context within our environment is the long run, which can become monotonous due to numerous factors including minimal variation of distance, pace and repeating the same running routes too frequently.

Our minds often wander spontaneously but there are situations when the opposite occurs.  Deliberate mind wandering is a strategy that can be deployed with the intention of alleviating some discomfort7.

Training runs at optimal pace or competitive races might lead to a runner experiencing pain and fatigue for a sustained period of time.

During these moments of discomfort, runners can deliberately seek to have positive thoughts such as ‘Hold tight, only 5k remaining in this marathon race’, ‘Not long until I can celebrate with my friends and family’, ‘Smile my way through the pain and things will get better’. Benefits to performance and life in general?

The adoption of this strategy could clearly have a positive effect on performance.  However, there are other benefits that can be attained from mind wandering.  During easier training sessions that require minimal attention, our minds can wander towards current or future thoughts/issues.  It is also feasible that you might find a resolution of current concerns whilst running.

Although there are many positive benefits that can be attained from mind wandering, there are drawbacks too.

As our internal thoughts are often unrelated to the ongoing external task, there is the risk of a detrimental effect on our sporting performance.

For example, not remaining focused on the practice of a key skill due to mind wandering which might inhibit skill mastery.  As our minds can wander towards current concerns or negative topics, there is also a potential negative effect on our mood8 which could also have performance implications.

In conclusion, before your mind wanders

Clearly mind wandering can have a beneficial or negative effect.  The content of our thoughts, context within our environment and physiological factors (i.e; pain and fatigue) are all factors that influence our experiences of mind wandering, which can be spontaneous or deliberate.

Mind wandering is a part of our everyday lives and whilst we need to be mindful of the drawbacks, there are positive aspects which can enrich our running experiences.

Jo Pavey will be ready
Lockdown 2.0: What can we do?