Can smiling make you a better runner? 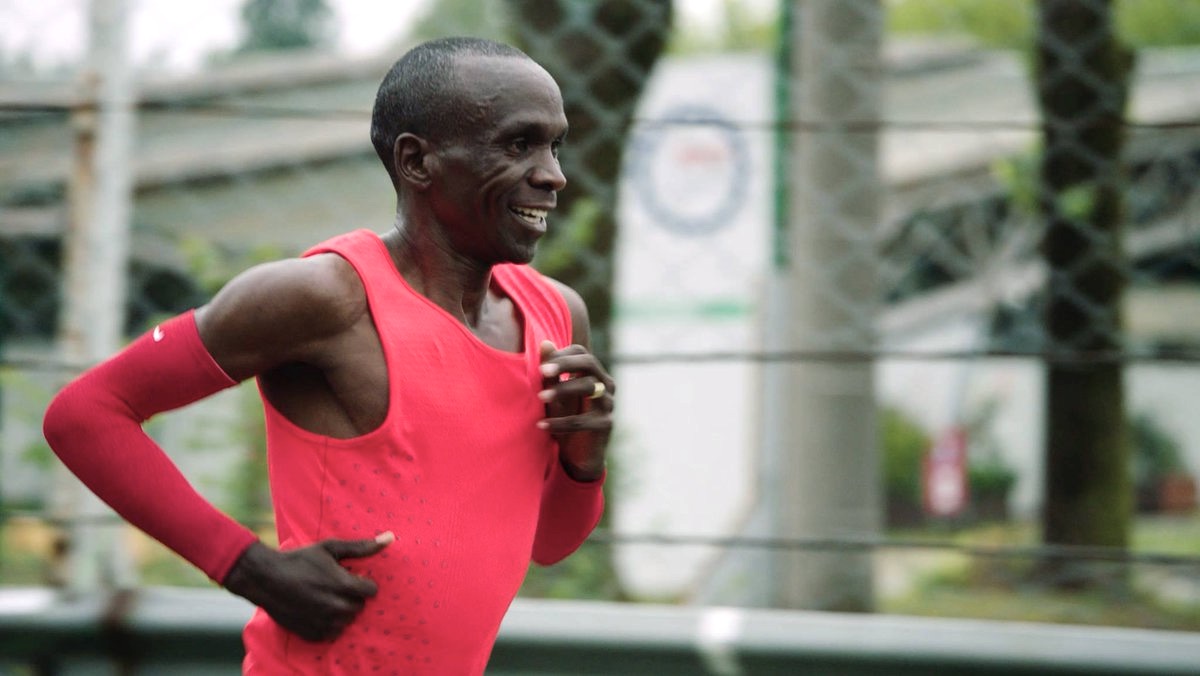 Eliud Kipchoge, the greatest marathon runner in the world is never without a smile. This year during the Nike Breaking2 attempt or the Berlin Marathon you could help but notice Kipchoge’s almost joyful facial expression.

But is Kipchoge’s frequent cheerful smile simply because he is enjoys pushing his body to the limits or is could it actually be part of a race strategy?

You can generally tell how hard a runner or an athlete in any sport is working based on their facial expression. A quick look at any photos of yourself in the latter stages of a race will in most likelihood highlight this.

The great Kipchoge is not the only athlete famous for their smiles. Switzerland’s Natascha Badmann, who was the first European woman to win the Ironman Triathlon World Championship, was also well known for her smile when competing. After that first title in 1998, Badmann then went on to win another five titles in six years.

There has been some previous research that has investigated the relationship of effort during physical exercise with a specific facial expression, namely frowning. It’s recognisable that when doing something that requires hard effort you generally frown, but could this facial expression actually make the task seem harder and the opposite true for smiling?

Until recently, no specific study has looked into the effects of activating facial muscles to smile or frown in runners and the resulting effect this had on how hard an effort felt.

Thankfully a new study by Noel Brick and a team from Ulster University in Northern Ireland has looked into this.

Published in the journal Psychology of Sport and Exercise, the study had 24 trained runners complete a series of four six-minute runs to assess their running economy and perceptual responses during running.

If you are unfamiliar with the term ‘running economy’, it is the energy demand and oxygen consumption at a given pace. Those who have ‘good’ running economy use less energy and therefore less oxygen than runners with ‘poor’ running economy at the same pace.

The participating runners completed the runs while smiling, frowning, intentionally relaxing their hands and their upper-body. Cardiorespiratory fitness (how well your body is able to transport oxygen to your muscles during exercise) was recorded, and after each run, the participants reported perceived effort, affective valence and activation.

The results show favourable support for the benefits of smiling on running economy.

Oxygen consumption was lower during smiling than frowning (d = −0.23). Fourteen participants were more economical when smiling in contrast with only one participant when intentionally relaxing.

Perceived effort amongst the runners was higher while frowning than smiling and relaxing. Also, activation was higher during frowning.

The study concluded that periodic smiling (such as a couple of times each mile) may improve running economy during high-intensity running.

How easy should your easy runs be?
Nike’s Vaporfly 4% shoes do improve running economy – research confirms