Back to the start-line? 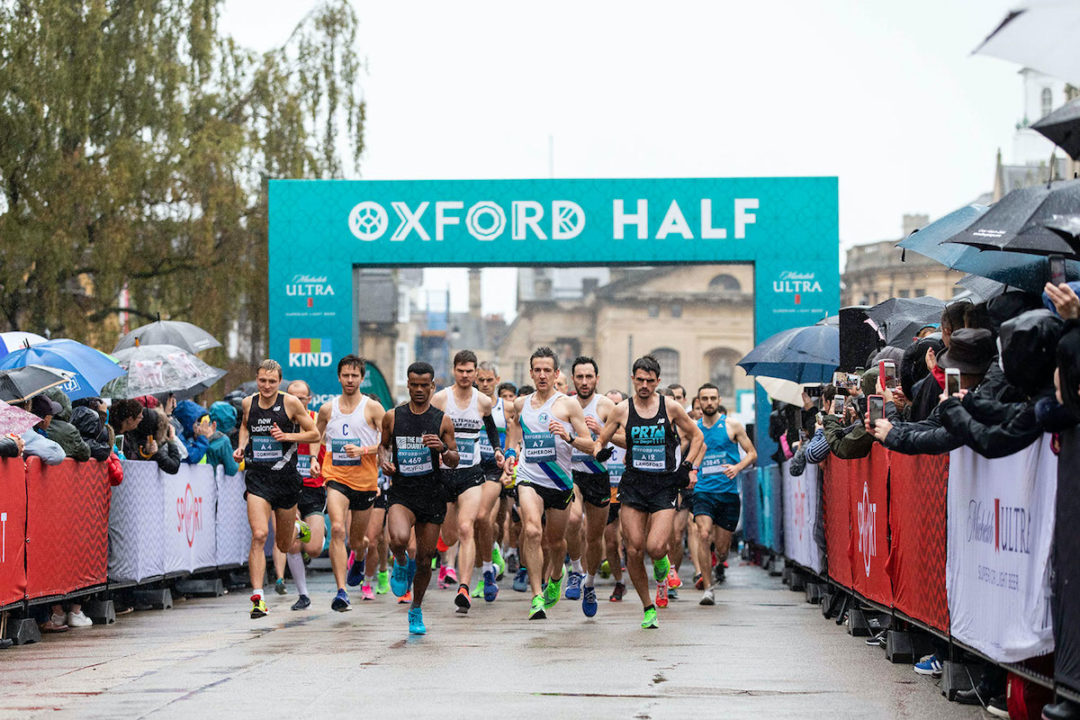 In another Sports Psychology focused piece, Lloyd Emeka talks about Challenge and Threat States in Athletes now that real racing might make a return.

The weather is getting milder and we are starting to experience lighter evenings.  Spring is on the horizon and the imminent easing of UK national lockdown restrictions provides us with further room for optimism.

In the upcoming months, we should hopefully start to witness a return of normal outdoor competition (in line with England Athletics guidelines).  Virtual races (i.e., running alone at any location, at any pace indoors on a treadmill or outdoors) have served a purpose throughout the Covid-19 pandemic but is limited in its ability to fully replicate the experience of race participation.

The different stages of normal outdoor competition (i.e., going through your pre-race routines, approaching the start line, waiting for instructions to start your race and competing against other runners) creates a range of feelings and emotions that is distinct from virtual races.

The return of non-virtual races could result in race participation feeling similar to a new experience for some runners regardless of their level.

Starting back with new challenges

We can consider how a race could be approached through the lens of the Theory of Challenge and Threat States in Athletes.1  A central idea of this theory is that stress can facilitate or debilitate skilled athletic performance.  In a challenge state, the perceived resources are deemed as sufficient to cope with the demands of the situation, whereas in a threat state the demands outweigh the perceived resources.1

The athlete must perceive the demands of a situation as dangerous (physical and/or esteem), uncertain, and requiring of physical and/or mental effort.  Within the context of races whereby a high degree of effort is required, the outcome is uncertain and potentially dangerous if self-esteem is aligned to race outcome.

Self-belief, perceived control and achievement goals are the perceived resources that influence whether a challenge or threat state is experienced during a race.2 What makes a threat into a challenge?

To elaborate further, an athlete who has the self-belief in his/her capacity to execute the required behaviours and skills that are conducive to success is more likely to approach a race in a challenge state.  In contrast, a lack of self-belief could result in the occurrence of a threat state.

Perceived control is the extent to which an athlete believes that the situation is within their control.  For example, an athlete that can perform well despite being exposed to bad weather conditions would be considered as having a high level of perceived control.

Achievement goals consists of mastery, performance-approach and performance-avoidance goals.  The distinction between approach and avoidance is of specific importance.  Approach can be defined as the motivation to be seen as more competent than another athlete and is likely to result in a challenge state.  However, avoidance is focused on the desire to not be regarded as incompetent in comparison to other athletes.

The theory of challenge and threat states in athletes also needs to be considered from a physiological, psychological and social perspective.

From a psychological perspective, positive emotions are typically associated with a challenge state, but it is also feasible than an element of negative emotions is required.  The experience of a mild level of pre-race anxiety (i.e., the feeling of butterflies in your stomach) could be construed as useful in contrast to more severe negative emotions, which could result in a debilitative race performance.

Social support has been defined as knowing that one is loved and that others will do all they can when a problem arises4.  Athletes typically derive different types of social support from their network and this will include emotional, esteem, tangible and informational support5 If a runner has a high perceived level of social support, this could result in less danger to self-esteem in the knowledge that regardless of the outcome in the race, they will be safe in their social group.

It is worth noting that challenge and threat states are not always at opposite ends of a continuum.

For example, a runner might start a race with a challenge state but shift towards a threat state during a particularly difficult section of the race, which might last for a specific period of time before returning back to a challenge state again.  This is particularly applicable for longer distance races where there are more variables to contend with. It’s important to plan for all eventualities in an ultra. Photo: Robbie Britton

Back into the real world from a virtual one

If you have a non-virtual race planned in the diary during the upcoming months, this could be a good opportunity to consider whether you have sufficient resources to cope with the demands.  Incorporating a realistic and sensible level of pressure training that mimics the demands of a race would be advantageous (i.e., practising running at half marathon pace on tired legs if training for a half marathon race).

Re-familiarising yourself with routines that have previously worked well for you before and during a race can help to ensure that stress levels are minimised on race day.

It is also important for an athlete to have realistic expectations for a race.  Is their target race time realistic when taking the lack of races and performance during training into account?  Approaching a race with too high expectations is likely to contribute towards the experience of a threat state.

Although it is not feasible to fully prepare for every encountered experience during race-day, there are different approaches which we can all adopt to increase the feasibility of being in a challenge state during a race.

New track and new hope
An a***hole during intervals