10 principles for training at altitude 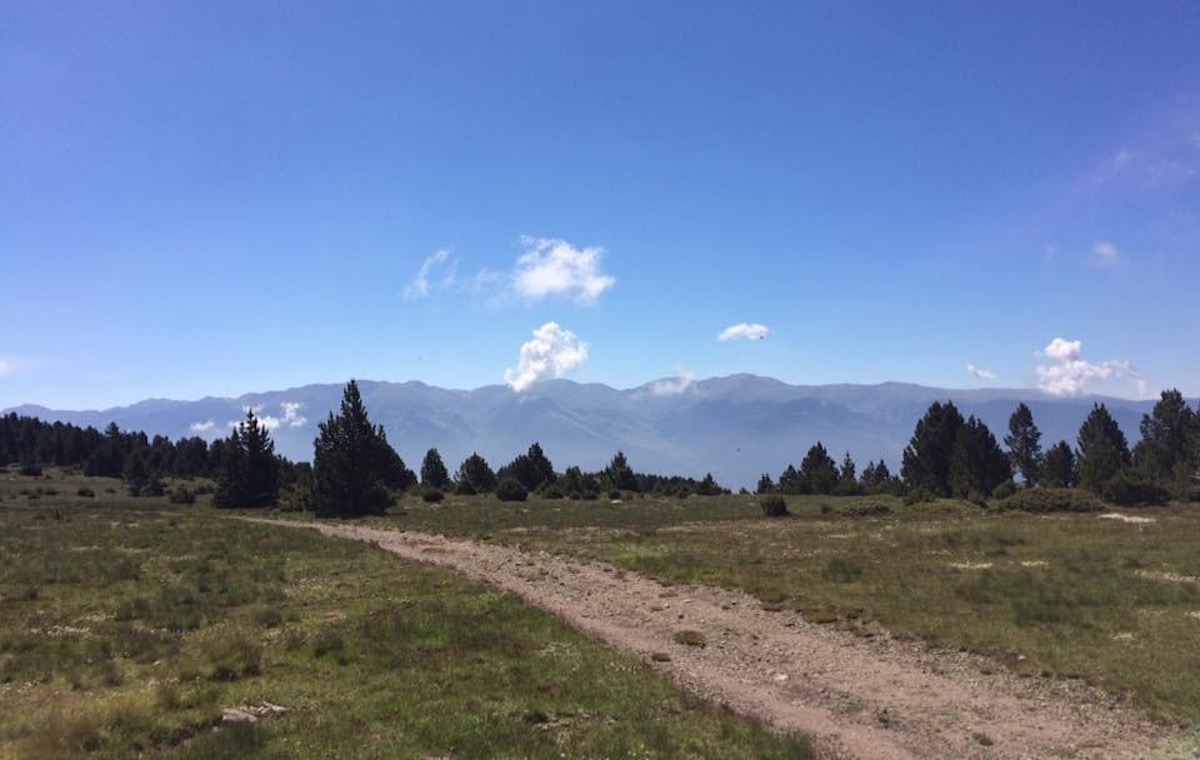 Matt Long offers 10 guiding principles for those of you heading to altitude this Spring.

A recent England Athletics Marathon camp in Birmingham involved some athletes who were aiming for Commonwealth Games qualifying standards as a precursor to the trials race in Manchester on April 3rd.

A wide ranging discussion took place over an hour where some key themes emerged which I have summarised as 10 key principles.

Before you spend money consider why you are travelling to altitude and what you hope to gain from it. If for example you are going to altitude shortly before a Spring marathon for example, you may want to spend more time training at race pace specifically.

Certain camps are so high that this may be physiologically very challenging – so pick your location wisely and think about timing. Some training locations, for example in Ethiopia, have altitudes in excess of 2600m compared to for example St Moritz or Font Romeu both sitting around 1800m.

Physiologist Jamie Pugh outlined the key physiological changes which take place at altitude including reduced blood oxygen resulting in higher breathing/ventilation and heart rate and a drop in blood plasma. These physiological changes (amongst others) create increased EPO production and over time an increase in the volume of red blood cells and Hb mass.

Taking into account the above, you may feel that a warm weather camp is a better way of getting the best out of yourself. Tom Craggs impressed that heat alone rather than altitude could help foster beneficial physiological adaptations such as increased blood plasma volume, haemoglobin mass and improvements in your ability to run and races in warm conditions. He also stressed some of the benefits of altitude training where nothing to do with the altitude.

Craggs states that the physical benefits of a break from work or study allowing more downtime between training and the psychosocial benefits of spending time with good training partners and friends often in beautiful environments can be powerful and are not dependent on altitude. The panel also discussed some of the risks of altitude training including the need for a longer adaptation period that might be required in warm weather training and the risk of sickness resulting form altitude exposure.

Pugh suggested that indoor training using artificial heat could help one to acclimatise to warm weather camps before departure and maintain adaptations after in advance of potentially hot races. Allison Benton cautioned that, “You need to ensure that you are healthy before travelling to altitude, otherwise you are heading for difficulities as an athlete”.

The Brighton based coach indicated checking a number of markers on a blood test, for example ferritin (the protein complex that serves as a major iron storage system) could give you an indication of how ready your to train at altitude. Jamie Pugh concurring that red blood cell count was important and that self-monitoring around two weeks prior to travel was paramount.

Three time Commonwealth steeplechaser Luke Gunn stressed that the first 2-3 days of camp should consist of light aerobic running, with the first ‘session’ taking place on Day 4 or 5 and this still being at an intensity below tempo. Pugh maintained that athletes should be aware that it can take 3 weeks or more for some athletes to gain the physiological benefit of altitude training.

That said the panel concurred that some of the other benefits, for example training on different surfaces often in a beautiful environment, should be considered alongside the impact of a low oxygen environment and that these benefits can be felt over much shorter periods.

Physiotherapist Sarah Connors warned about the subcultural dangers of athletes wanting to rightly get the benefit of group training but being pulled along unwittingly at the pace of the fastest runner in the squad, stressing that easy sessions and days need to be light and aerobic.

Gunn was keen to emphasise that one of the key benefits of altitude training was being able to get a training effect without having to run too fast and without over stressing the neuromusculoskeletal system unduly. The four time national steeplechase champion asserted that, “Altitude is a tool and the biggest tool we have as athletes is recovery, so don’t compromise it”.

Craggs went further to say that it’s tempting for athletes on training camps, whether altitude or otherwise, to train a lot harder and add a lot more sessions than they would usually do and this can pose risks. Some of the main benefits of a training camp are gained from the extra recovery and adaptation outside of the running itself away from work and other limiting life stresses. Connors chose to emphasis the fact that one needs to, “understand the parameters of your own body” pointing specifically to thoracic mobility and hip extension as being common problem areas for athletes on camp.

Connors suggested a number of self monitoring tools such as the knee to wall test, single leg knee bends and single leg glute bridges as well as self scored questionnaires measuring athletes perception of their recovery. Tom Craggs maintained that athletes require a good focus on high quality nutrition with Pugh reminding attendees that the change in oxygen uptake can affect the quality of athletes sleep.

With specific regard to his experience of several visits to Font Romeu, Gunn recounted how all of the above were a necessity because track surfaces can be extremely hard and mountain trails can cause on to easily roll ankles as he had.

Gunn stressed that foot drills should be habituated. “Get your shoes off and work those intrinsic muscles in the foot so your ankles are robust”. Whilst of course this is always important runners may find it particularly important given many altitude training locations will also involve a lot more trail runs and uneven surfaces and UK based athletes will be used to. Connors offered the affirmation that this work was invaluable and could be progressed with the aid of a Bosu ball.

Allison Benton still works athletes according to splits but uses a tried and tested formula to calculate the slowing per mile/ km depending on the height of the training camp. This being said consider where running to feel or perceived effort may be just as appropriate for you and other quantitative measures such as heart rate, rather than Strava data. RPE based session prescription can be a sensible approach for coaches in the early days away at altitude closely monitoring intensity during and after runs.

9. Mode of recovery within sessions

From an experiential perspective as a former elite athlete Gunn recounted how, “you can feel like you are dying after the first rep at altitude! So roll on or float recoveries may simply not be possible.

When I’ve been at camp in the first week or so repetition sessions which ordinarily have one minute passive recoveries may need two for quality to be maintained. This being said after a couple of weeks the plan should be to reduce recovery timings to that which would be normal at sea level”.

10. The Window for Performance

In tempting to explain why some athletes may experience a dip in performance in the immediate return home from camp, he pointed out that he had observed athletes feeling fitter back at sea level and therefore overtraining would inevitably result in tiredness.

Shrewdly, he reminded attendees, “You have to restrict your training when you arrive at altitude and you should be prepared to restrict it when you return home”.

Craggs concurred that it may take time for the legs to re-adjust to wanting to run faster at sea level and suggested using drills,  a-lactic hills and strides could be productive in terms of bridging this transition.

The above leaves you with some questions for self-reflection

1. In what ways may an altitude camp be beneficial compared to a warm weather camp or vice versa for my individual needs?
2. What do I want from altitude training and which camp would best help me achieve these goals?
3. How am I going to monitor my health and fitness prior to camp?
4. In what ways do I plan to monitor my health and fitness during camp itself?
5. Why do I need to plan my training and racing strategy on return to sea level way before I go to an altitude camp?

Be specific with paces
Poles Apart