What’s the worst that could happen? 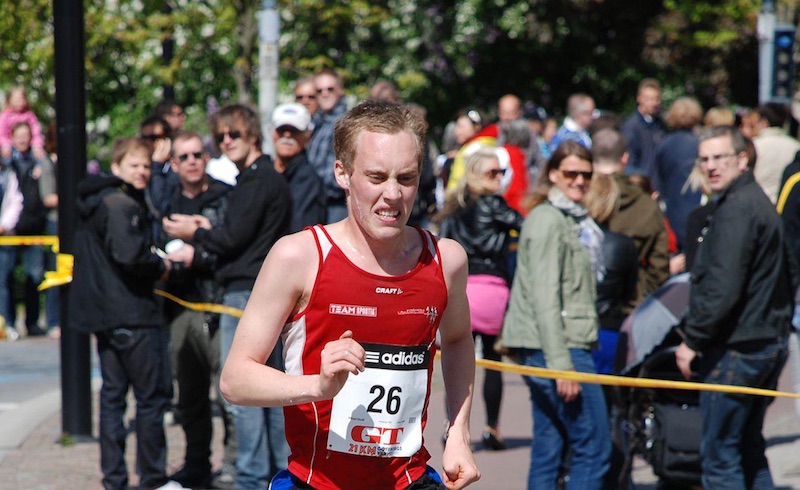 The dreaded DNF. Everyone’s least favourite acronym, behind ROFL, but does it need to be a bad thing?

When a race doesn’t go to plan it doesn’t need to be a problem, it could be the best thing ever.

John Wooden, an American basketball coach, is one of the most revered coaches in the history of all sports, but he firmly believed that a winning team made mistakes. If you aren’t making mistakes you are being too cautious.

“If you’re not making mistakes, then you’re not doing anything. I’m positive that a doer makes mistakes,” said Wooden.

With running, mistakes are easy enough to make. Set off too fast or too slow, miss the breakaway or eat the wrong gel in a marathon. With everyone shouting about how brilliant they are on social media people can often be too cautious to make mistakes. Maybe afraid that they’ll look foolish online to their peers.

Mistakes are part of learning, along with reflecting on those mistakes, but we certainly shouldn’t be afraid of making them.

RELATED: 10 years of running without reflection is just 1 year of running repeated 10 times.

So what do you do if you mess a race up? Should we just curl up into a ball and cry for a little while? Yes, if that’s what you want to do, but not for too long, because something wonderful has just happened. There’s an opportunity.

Once you’ve spent one night (maximum) drowning your sorrows about having a poo in the final mile of your marathon, start thinking about how to move forward.

Remember the picture of the Swedish guy who had the unfortunate incident en route to the finish line of a half marathon? The one that went viral?

Well, Micke went on to set the Swedish Half marathon record and represent his country at the European Championships, even with the nickname of Bajsmannen. Poop Man.

Now you might say this happened in spite of his gut malfunction, but really this could have been part of the reason Micke went onto great success. Whatever life throws at us it becomes part of the greater goal and if you can get over an image of yourself crapping your pants going all over the internet then what can’t you deal with?

If one more mile rep is needed when you feel at your worst, remind yourself of the low points you went through to get there and that mile will seem easier.

Be it a DNF or a bad race experience, it’s a learning experience. You can imagine Micke got his pre and during race nutrition spot on every time after that half. The time this writer thought dried apricots could be an ideal ultra marathon food had the same effect on my latter career, although fortunately, my race was mostly in the woods.

Even the great Paula Radcliffe had ‘a moment’ during the London Marathon. Did it stop her winning the race? Did it stop her setting an untouchable world record for the marathon? Could it be one of the reasons she did set that World Record…? No, because that was 2 years after she set the record.

I’ve been there myself

At the 2015 World 24hr Champs the first 6 hours I was blighted by stomach issues and stops, yet what followed was my best performance ever. 261km with a 3:23 marathon to finish. Individual Bronze and the highest British Team total ever, with Steve Holyoak, Paddy Robbins, Marco Consani and Dan Lawson, to win European and World Gold.

Now if my stomach hadn’t played up in those first few hours, I would not have been able to finish as well and, dare I say it, I wouldn’t have won a World & European Bronze. That stomach problem made my race, even though at the time it felt like it was ruining it.

So this article has taken an unexpectedly brown turn, but the lesson still stands strong. It’s the old “What doesn’t kill us, only makes us stronger”. Whatever happens in your nightmare race or your DNF isn’t the end of the world. It’s quite possibly a better result than everything going well.

It’s motivation for the future, a learning point that you’ll never forget and, possibly, an effective pacing strategy for a 24hr race.

One of the maxims of Stoicism is that “the obstacle is the way”. Whatever happens, this is now your route to your best ever result, it’s part of who you are and that obstacle isn’t stopping you succeed, it’s how you succeed.

If you haven’t crapped yourself on a run, what are you doing? Try harder. Push your limits. Risk failure. Don’t be afraid to find out just how brilliant you can be.