What to do when your race goes to s**t 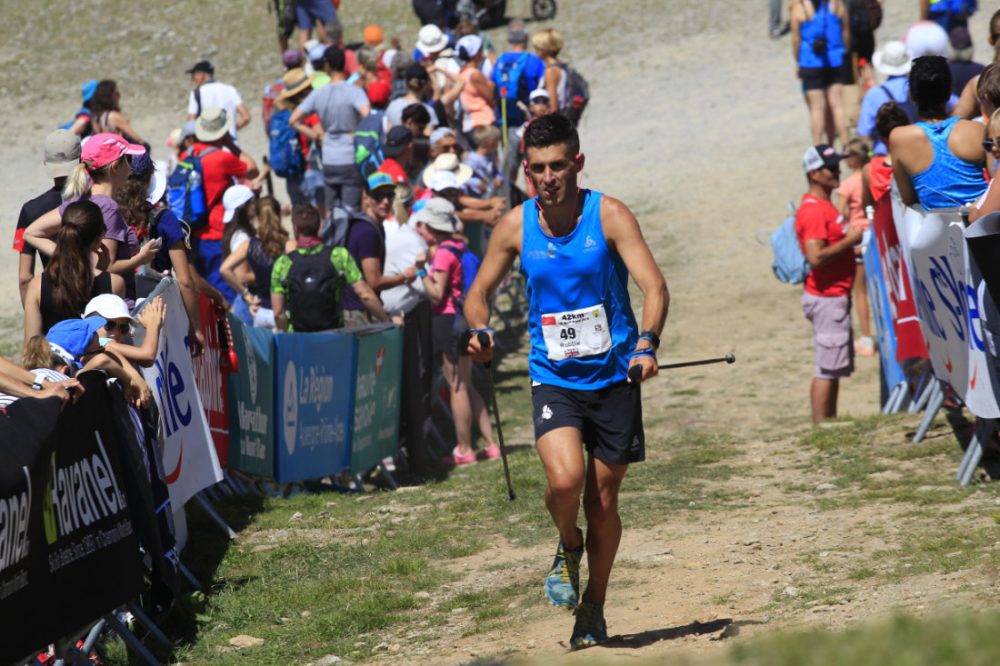 It’s the most important race of the year. The training has been excellent, the taper is complete and the first half of the race is uneventful. Then all of a sudden your legs feel like lead and everyone is running away from you. What can you do now?

We’ve all been there, seemingly effortless in the first half and then struck down by lightening or some other mythical power in the important part of your A race. Be it 5000m or 100 miles, what can you do?

If you’re running a 5000m then you need to think fast. Have you missed a move, taken a fall or just had a bad lap? Even in a race this short runners have come back from last place to grasp victory from the jaws of defeat.

Can you latch onto a nearby target? Be it a runner flailing ahead, the next lap or just the end ahead. Can you cruise out this rough spot and only lose a few seconds? Try to run easy and maybe everything isn’t as bad as it seems?

At this point there is nothing to lose from pushing hard to try and get back on track. If it’s all gone wrong then maybe it’s worth ignoring your splits, heart rate, screaming legs or that little nagging voice in your head.

Just push hard and see what happens. Close a gap and your whole outlook might change. Things not going to plan for Daniel Wanjiru early in the 2017 London Marathon Photo: Rick Ashton.

If this is a marathon or an ultra then you have some more options. You can try to figure out what is causing your problems or you can try and fix everything that might possible be going wrong.

In general it’s a handful of things. You’ve either run out of energy, dehydrated yourself or gone off too fast. It can be a mixture of all three, linked to each other. In a marathon or ultra you can afford to slow down a little. Hell, in a marathon you can sit on a rock and regroup.

Eat some jelly babies or a gel, get some water in and slow down for a mile or two. If you can get through this rough patch without too much damage then all of a sudden you might find that second wind. Keep digging that hole and you could end up on the curb of a Gold Coast roadside.

Another possibility is overheating so if that is a possibility it can also be worth running or even stopping in the shade. Downing ice cold water can actually upset your stomach and your body will work to bring it up to body temperature.

Cool down the wrists or your neck as the blood flow is close to the surface and it’s the most effective way to lower that internal thermometer. Sitting in a river is also an option, but more for trail ultras than the London Marathon.

At the recent Marathon du Mont Blanc, which could be described as a marathon (it’s 42km long) and an ultra (it has 3200m of technical climbing and descending and the winner takes about 4 hours), my race went to shit.

The plan had been to start steady on the fast runnable first 12 miles then go up and over the main mountain of Aiguillette des Posettes. The descent had been practiced several times and then the time for action was the long, gradual ascent to the finish over the last 8 miles.

A little behind schedule we hit the bottom of the final section. Then nothing happened. There was no dream finish of reeling in those ahead, I was the target of others.

More and more runners came past, yet still I passed others sat on the side of the trail. I kept eating and drinking, hoping to restart the engine. Then the next step was to sit in a stream, pouring water on my head and just hoping to cool down. People stopped overtaking.

The longer the journey

At the next checkpoint, the final one before the finish, time was taken. To carry on regardless would have been folly. Staggering forward on empty doesn’t help.

Five minutes to cool down, fill water bottles and take on 500ml of coca cola. The magic potion for any bonking runner. Then back onto the trail.

It was like a new runner had emerged. Fluid and carbohydrates kicked everything into action and overtaking began again.

Although it was too late to resurrect early dream finishes, there was still a chance to run under 5 hours. To save a little face and find some positives from a tough day. The longer the race the more important it becomes to look for positives.

After all is said and done, every “failure” is an opportunity. Too many spend their whole lives avoiding failure when we should be chasing it. Embrace it when a race goes to shit.

We’ve written about self reflection before but no race is more important for reflection. Talk to yourself honestly about what possibly could have gone wrong, even if it means you made an embarrassing mistake.

With aims of getting into the top 20 and dreams of a top 10 finish I would love to say it was dehydration or poor eating that had held me back. Even better if it were the shoes I wore and how the sole split open to allow a pointy rock (and many others) through to blister my foot.

Yet if I’m being truly honest it might have been all of those things and more. Ambition may once again have outweighed my ability. The desire to do well was greater than the current fitness.

How honest can you be?

If you can’t be honest with yourself, either in the race or after, then there will be more shit races to come. Take your time and really, really ask yourself what happened. If you have a friend good enough, then listen.

A shit race can be a blessing, if you use it to take the next step in your journey.

Do you value rest days enough?
Is hyper-hydration the answer to racing in the heat?