The conversation and the perception of effort 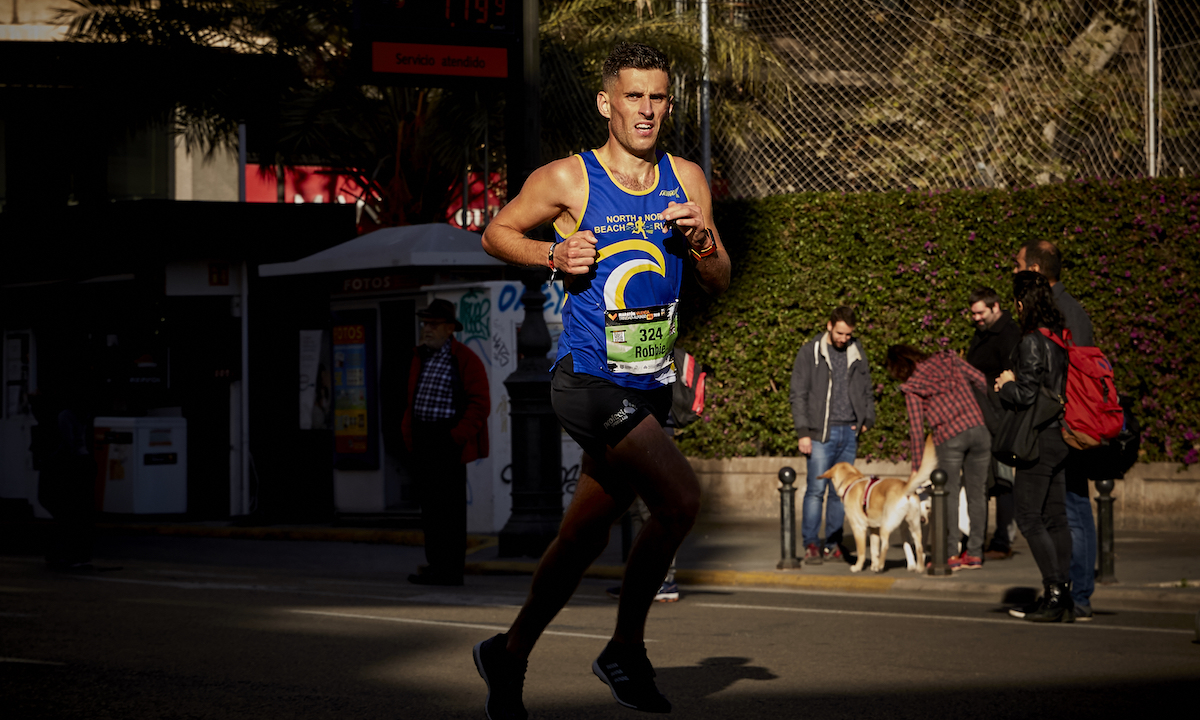 Every runner has that conversation with themselves. Whether mid way through a race or on your penultimate interval, giving yourself a good talking to can help you reach your best.

It was during the last lap of a Christmas Day parkrun when the conversation suddenly got serious. The first lap is always easy, even when you go too fast but the voices of doubt soon appear.

“You started too fast and you’ve blown this.”

“They’re certainly getting further away, you should ease off and think about tomorrow’s run.”

“Come on, who are you kidding, you’re not a 5k runner so just give up.”

Those voices of doubt don’t come from elsewhere, they’ve got a familiar mockney twang of my own voice and I know the speaker so well. Here starts another conversation. The Conversation.

When the going gets tough you need to be able to dig deep, be it in a training session, a 5k, a marathon or an ultra race. Your mind will often give up way before your body – which is outlined in Dr Tim Noakes’ Central Governor theory. Noakes may have said some disagreeable stuff of late but when it came to the Central Governor theory he was bang on the money.

The idea goes that, in order to preserve life, your mind will start to down regulate performance well before your physical limit is reached. Physical signals are sent from the muscles, you are flooding your body with the waste products of exercise, but it’s a choice to slow down, albeit a subconscious one.

Depending on the type of race the style of conversation might vary. In an ultra marathon it’s more a long and twisted dialogue about why and when you should stop. You question the point of your task and it’s a gentle persuasion either way.

In a 5k it’s a shouting match, between your lungs, your muscles and the finish line. There’s no gentle persuasion, it’s just a back and forth aiming at slowing you down. Sometimes you have to fight it with every step, because 5k running is so close to that red line. The same for the latter stages of the marathon, you have to go into that dark place and relish that battle with your mind.

Giving yourself a good talking to, whether in your head or out loud, is actually a scientifically proven way of bettering your performance. Self talk will make you run faster, harder and longer. Telling yourself you can do it, that you’ve done the hard work in training and will get that PB makes it more likely. Front runner Kate Avery looked to be having a tough conversation in Tilburg and Stirling, but hung in well. Photo: Andy Peat

The perception of effort

Dr Samuele Macora of the University of Kent has a great theory, although it seems the academics are often at loggerheads, that effort is not the biological factors but how we perceive them (this may be over simplifying a little bit the theory). A similar physical effort might have a different outcome on any given day due to how we perceive that effort.

Imagine you’re in the last six miles of a marathon and there are two scenarios. In both situations your physical condition is identical. You’re the same fitness, have run the same pace and are on for the same time. It’s a perfect day for running in both too and the course even has a net downhill.

Now in scenario A you’re being overtaken, repeatedly, by other runners. In scenario B you’re overtaking people, just galloping past them. In both races, you’re physically the same, but one of these is going to feel easier isn’t it? The conversation is going to be a lot easier in scenario B.

Nothing has changed physically but your perception of how hard you’re working is lower. The same could be said for smiling during a race, you’re tricking your mind into thinking it’s easier.

Talking to oneself in Spain

It’s all about how you focus. Focus on how hard something is and it becomes harder. Think about how fast you’re going and how much you’re enjoying your run then it becomes easier. It’s all in the mind. Well, not all of it.

For the Valencia Marathon in December, an over exuberance in the early miles – including a 5:20 mile – came back to haunt me in the latter stages. From mile 18 onwards I was slowing and the much talked about sub 2:30 was slipping away and I was helping several runners lower their own perception of effort by being overtaken.

“You’re being overtaken, you’ve messed this right up. Think of all that blogging you’ve done about running under 2:30. You wally” [I might have been something stronger than wally].

If I were to focus on those runners coming past me then it was just going to get worse. There was a saving grace that others had made more of a hash of the first half than I. A poor Spaniard was stopping for his second, that I saw, poo and he was slowing drastically after each. Focusing on those ahead of me slowing, even as many more passed more, helped keep my head up.

Ignoring those running stronger helped. I just slowly reeled in the one or two runners having a worse day and I kept going, even picking up towards the finish. The conversation was about catching them, rather than fighting my own fatigue.

“Catch that guy ahead and then we’ll talk about lying down on the floor… Just one more kilometre and then it’ll all be downhill to the finish, give me one more mile at 5:40 pace.”

Even just knowing there was a hill in the second half made everything a little harder as I imagined everything was a hill. There were a few downhill kilometres to the finish though, so I told myself I was on the downhill instead. In reality it was all pretty bloody flat.

So what can we learn? Other than don’t run a 5:20 mile for mile two obviously?

Even just keeping your head and looking forward (never look back) is going to make things easier. Focus on where you’re going, don’t talk to yourself about how far you’ve come, just convince yourself to travel the next mile ahead, the next 100 metres, the next step.

And if you lose the conversation, if the voices slow you down or make you stop. Make sure you learn. Every conversation is a lesson in suffering well, so take it in your stride and get ready for sterner words next time.

How to be smart about setting your goals
How much faster does improving your running economy make you?